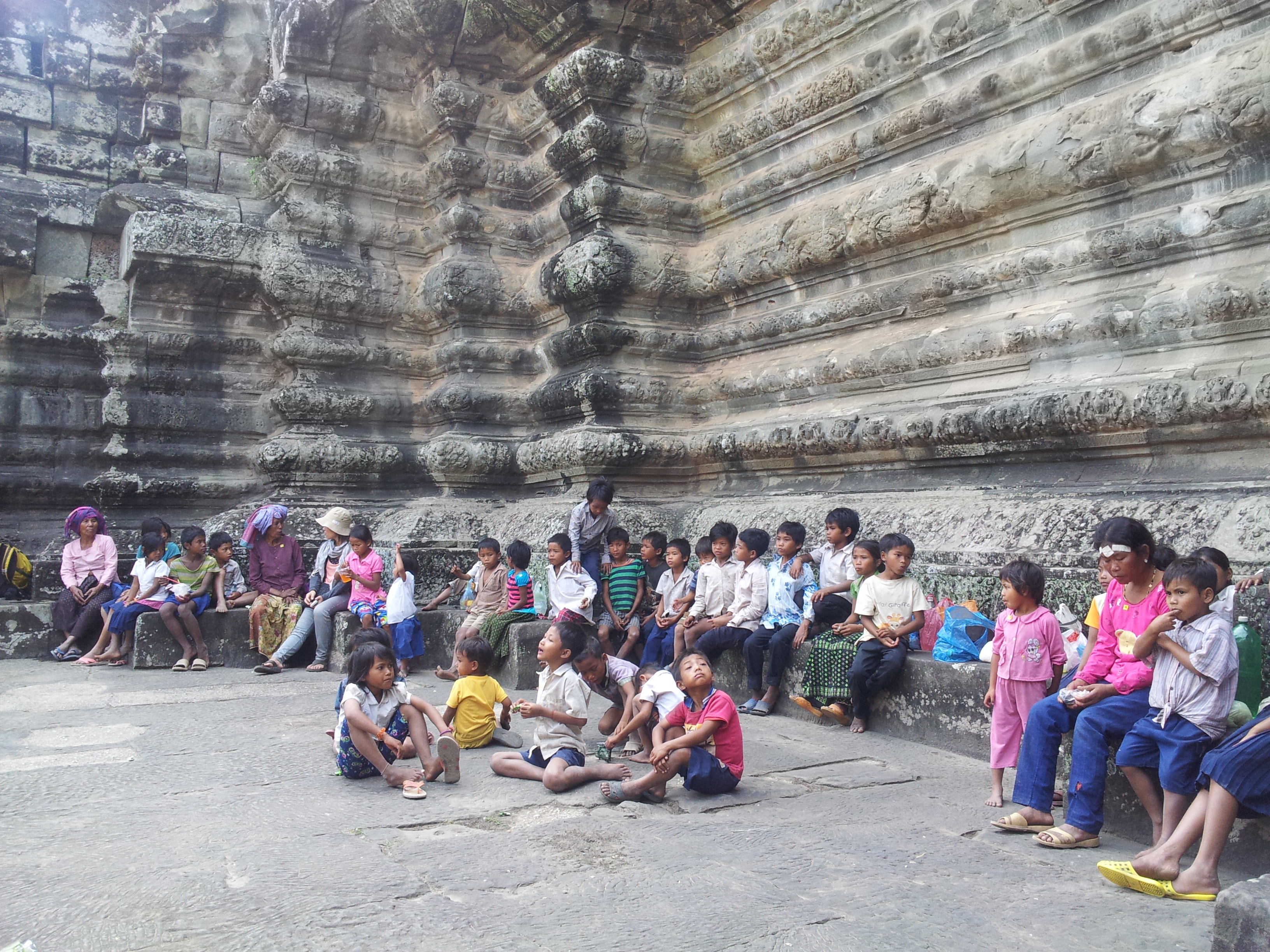 The population of Cambodia today is about 14.5 million. About 90-95 percent of the people are Khmer ethnic. The remaining 5-10 percent include Chinese-Khmers, Khmer Islam or Chams, ethnic hill-tribe people, known as the Khmer Loeu, and Vietnamese. About 10 percent of the population lives in Phnom Penh, the capital, making Cambodia largely a country of rural dwellers, farmers and artisans.

The ethnic groups that constitute Cambodian society possess a number of economic and demographic commonalties- for example. Chinese merchants lived mainly in urban centers and play middlemen in many economic cycles, but they also preserve differences in their social and cultural institutions. They were concentrated mostly in central and in southeastern Cambodia, the major differences among these groups lie in social organization, language, and religion.

The majority of the inhabitants of Cambodia are settled in fairly permanent villages near the major bodies of water in the Tonle Sap Basin-Mekong Lowlands region. The Khmer Loeu live in widely scattered villages that are abandoned when the cultivated land in the vicinity is exhausted. The permanently settled Khmer and Cham villages usually located on or near the banks of a river or other bodies of water. Cham villages usually are made up almost entirely of Cham, but Khmer villages, especially in central and in southeastern of Cambodia, typically include sizable Chinese communities.

The Khmer Loeu are the non-Khmer highland tribes in Cambodia. The Khmer Loeu are found namely in the northeastern provinces of Rattanakiri, Stung Treng, Mondulkiri and Crate. Most Khmer Loeu live in scattered temporary villages that have only a few hundred inhabitants. These villages usually are governed by a council of local elders or by a village headman.

The Khmer Loeu cultivate a wide variety of plants, but the man crop is dry or upland rice growth by the slash-and-burn method. Hunting, fishing, and gathering supplement the cultivated vegetable foods in the Khmer Loeu diet.

Houses vary from huge multi-family long houses to small single family structures. They may be built close to the ground or on stilts. The major Khmer Loeu groups in Cambodia are the Kuy, Phnong, Brao, Jarai, and Rade. All but about 160,000 Kuy lived in the northern Cambodia provinces of Kampong Thom, Preah Vihear, and Stoeng as well as in adjacent Thailand. 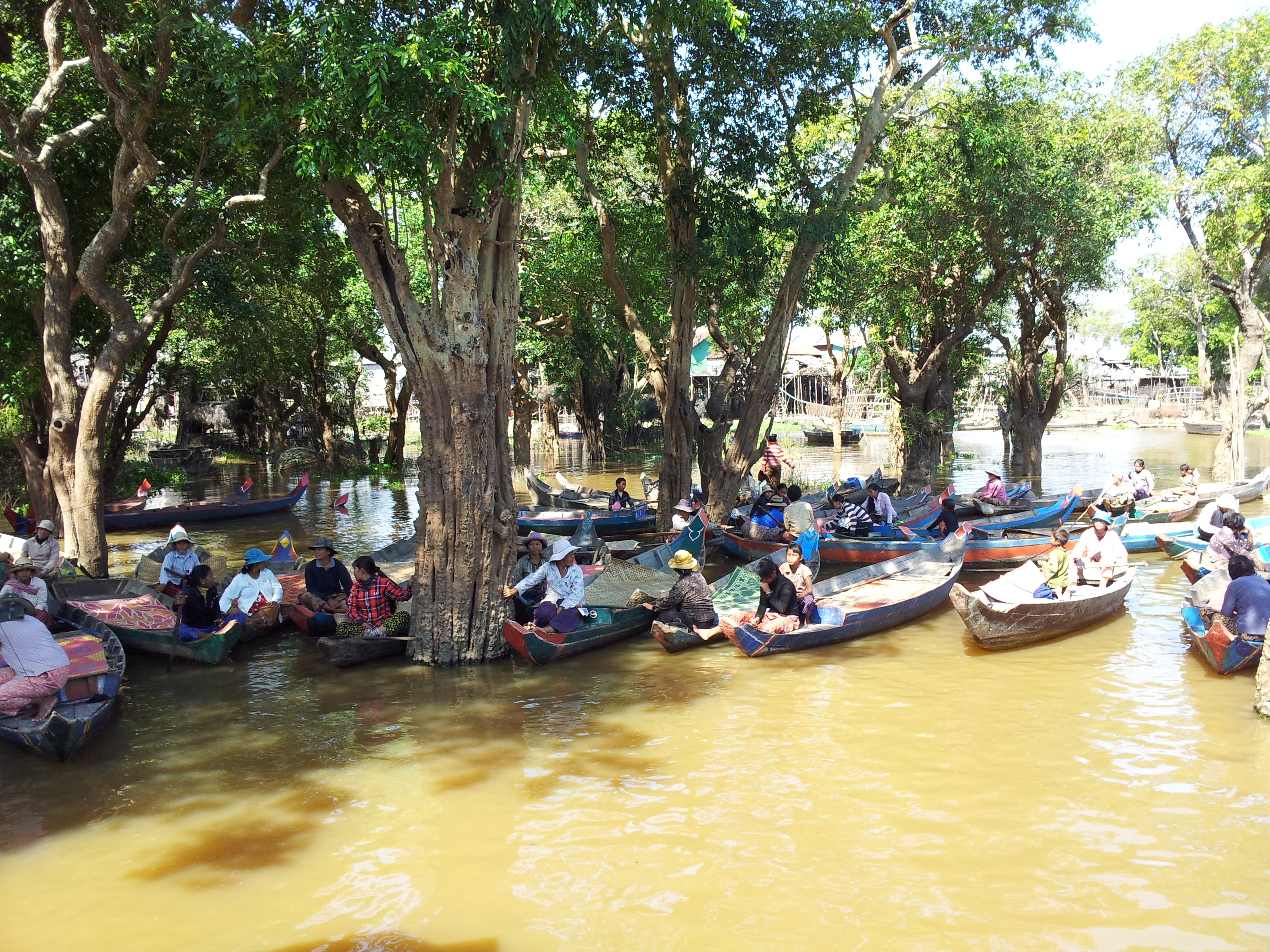 The Cham people in Cambodia descend from refugees of the Kingdom of Champa, which one ruled much of Vietnam between Gao Ha in the north and Bien Hao in the south.

The Cambodian Chams are divided into two groups, the orthodox and the traditional- base on their religious practices. The orthodox group, which make up about one-third of the total number of Chams in the country, were located mainly in Phnom Penh - Oudong area and in the provinces of Takeo and Kapot.

The traditional Chams were scattered throughout the midsection of the country in the provinces of Battambang, Kompong Thom, Kompong Cham, and Pursat. The Chams of both groups typically live in villages inhabited only by other Chams; the villages may be along the shores of watercourses, or they may be inland. The inhabitants of the river villages engage in fishing and growing vegetables. They trade fish to local Khmer for rice.

The women in these villages earn money by weaving. The Chams who live inland support themselves by various means, depending on the villages. Some villages specialize in metalworking; others raise fruit trees or vegetables. The Chams also often serve as butchers of cattle for their Khmer Buddhist neighbors and are, in some areas, regarded as skillful water buffalo and ram breeders.

The Chinese in Cambodia formed the country es largest ethnic minority. Sixty percent of the Chinese were urban dwellers engaged mainly in commerce; the other 40 percent were rural residents working as shopkeepers, as buyers and processors of rice, palm sugar, fruit, and fish, and as money lenders. 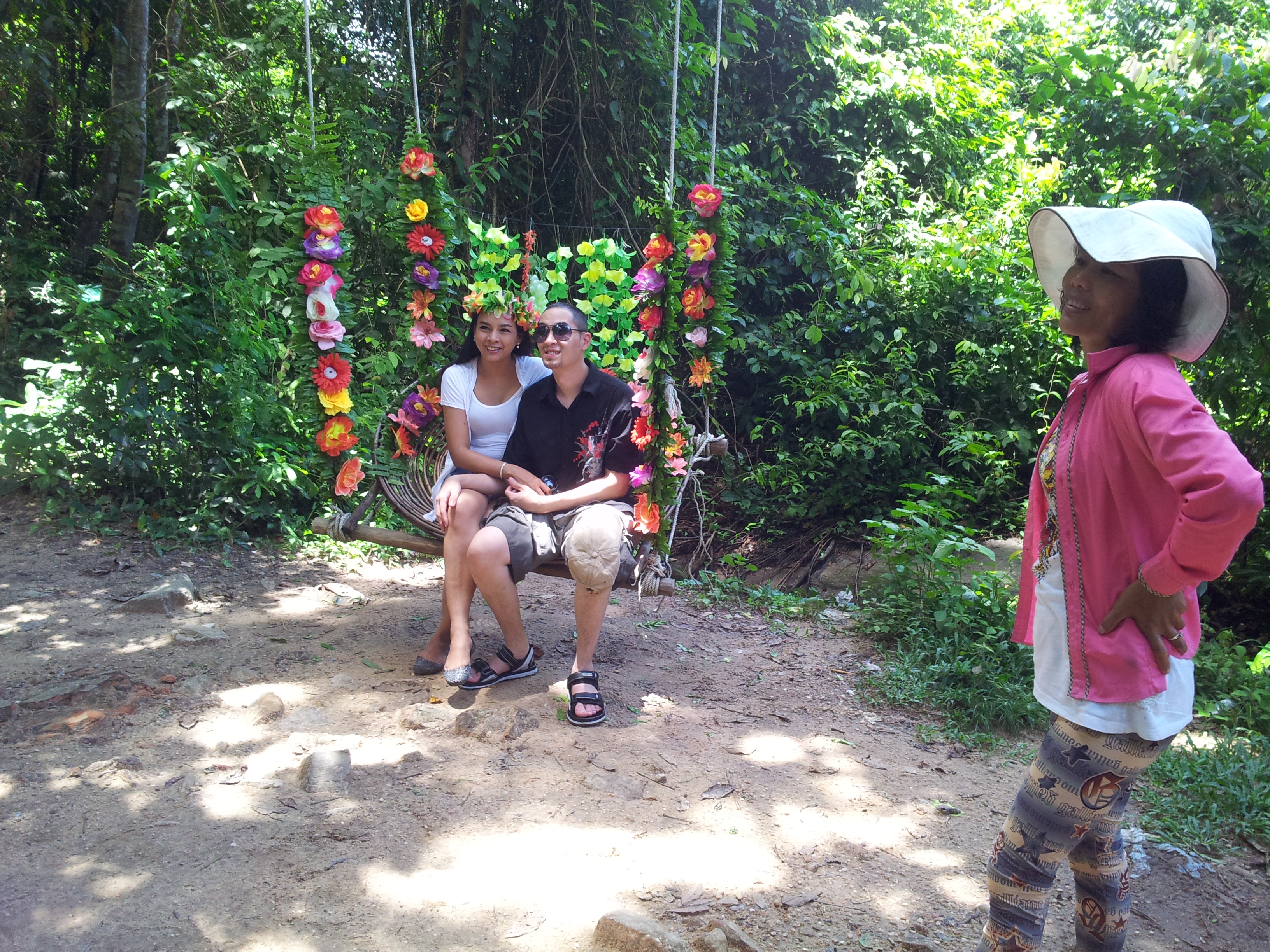 The Teochiu, who make up about 90 percent of the rural Chinese population, ran village stores, control rural credit and rice marketing facilities, and grew vegetables. In urban areas they were often engaged in such enterprises as the import-export business, the sale of pharmaceuticals, and street peddling. The Cantonese, who were the majority of Chinese groups before Teochiu migrations began in the late 1930s, live mainly in the city. Typically, the Cantonese engages in transportation and in constriction, for the most part as mechanics or carpenters.

The Hokkien community was involved import-export and in banking, and it included some of the countryfs richest Chinese. The Hainanese started out as pepper growers in Kompot Province, where they continued to dominate that business. Many moved to Phnom Penh , where, in the late 1960s, they reportedly had virtual monopoly on the hotel and restaurant business. They also often operated tailor shops. In Phnom Penh, the newly arrived Hakka were typically folk dentists, sellers of traditional Chinese medicines, and shoemakers.

The Vietnamese community is scattered throughout southeastern and central Cambodia. They were concentrated in Phnom Penh, and in Kandal, Prey Veng, and Kampong Cham provinces. No close cultural or religious ties exist between Cambodia and Vietnam.

The Vietnamese fall within the Chinese culture sphere, rather within the Indian, where the Thai and Khmer belong. The Vietnamese differ from the Khmer in mode of dress, in kinship organization, and in many other ways- for example the Vietnamese are Mahayama Buddhists while most of the Cambodians are Theravada Buddhists. Although Vietnamese lived in urban centers such as Phnom Penh, a substantial number lived along the lower Mekong and Bassac rivers as well as on the shores of the Tonle Sap, where they engaged in fishing.