Situated in northwestern Cambodia, Banteay Meanchey“Fortress of Victory” in Khmer is a charming province that offers a wide selection of natural and historical attractions, including ancient temple complexes, wildlife reserves, and a crane sanctuary. Though primarily known to visitors for its Thai-Cambodian border crossing in Poipet, Banteay Meanchey is much more than just a passing-through spot. Adventurous travelers will find the province presents plenty of opportunities to sample authentic Khmer culture and take in the stunning natural beauty Cambodia has to offer. Banteay Meanchey's capital is Serei Sophon (also known as Sisophon). The main attraction in Banteay Meanchey is the 12th century temple of Banteay Chhmar. Angkor Elephant RidesBuilt under Jayavarman VII between the 12th and 13th centuries, the Banteay Chhmar Temple complex is a lesser-known, but equally magnificent, alternative to the Angkor Wat temples. 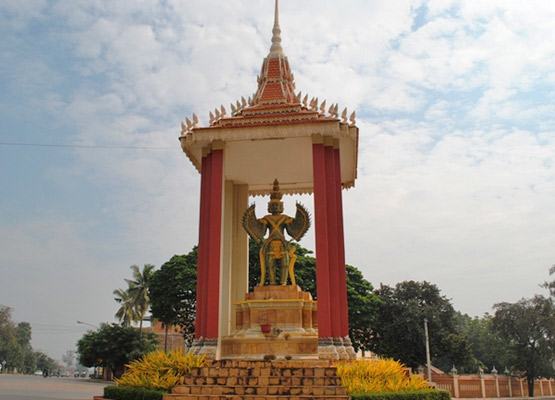 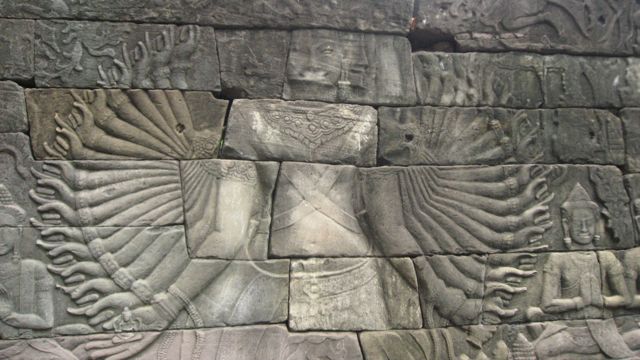 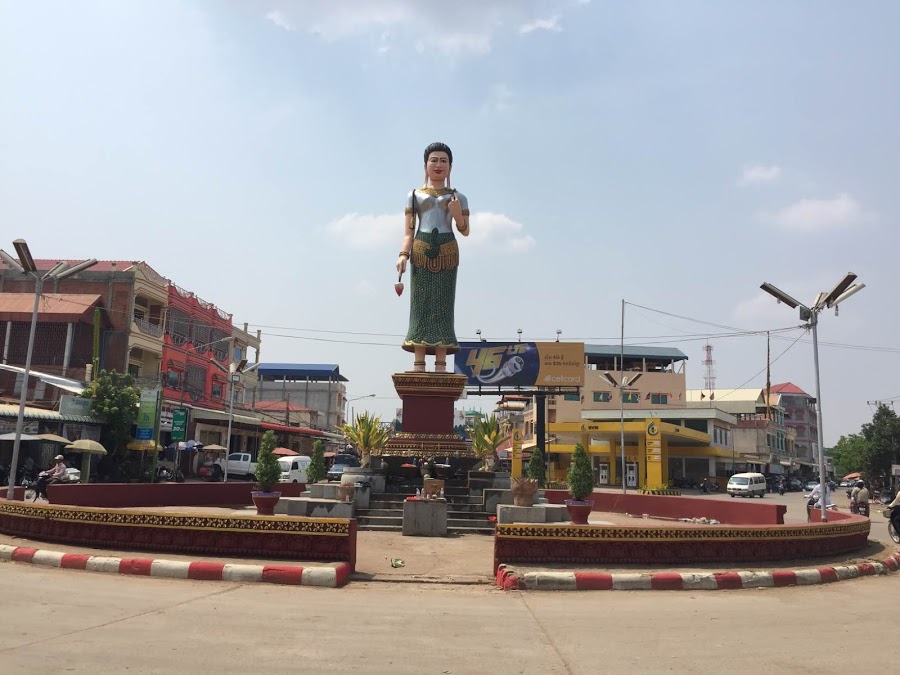 Just two hours from Siem Reap, Banteay Chhmar is a unique historical treasure: a massive, sprawling temple complex tucked away in a largely-untouched location, surrounded by lush vegetation. Banteay Chhmar Temple is one of the two temple complexes outside of Angkor that feature massive stone “face-towers” bearing Bayon-style enigmatic smiles. Abundant sandstone bas-reliefs in the temples depict images of mythical Cambodian battles along with scenes from daily life. The enormous complex of Banteay Chhmar is perhaps one of the most intriguing in the Khmer empire, both in terms of its scale and its relative seclusion. This mysterious temple complex embodies perfectly the image of a lost Khmer city; ruined structures with exotic carvings are strewn about in dense forest surroundings, while the occasional bird call echoes through the temple walls to break the stillness. Those who visit the temple will find many beautiful carvings hidden amongst the ruins and broken colonnades. In the vicinity, there are at least a dozen smaller temples, all in ruinous state. These include Prasat Mebon, Ta Prohm, Prom Muk Buon, Yeay Choun, Pranang Ta Sok and Prasat Ciem Trey. Banteay Chhmar is not on the tourist map, but a trip to this exotic site is one adventure you will harbor in your memory for a long time.