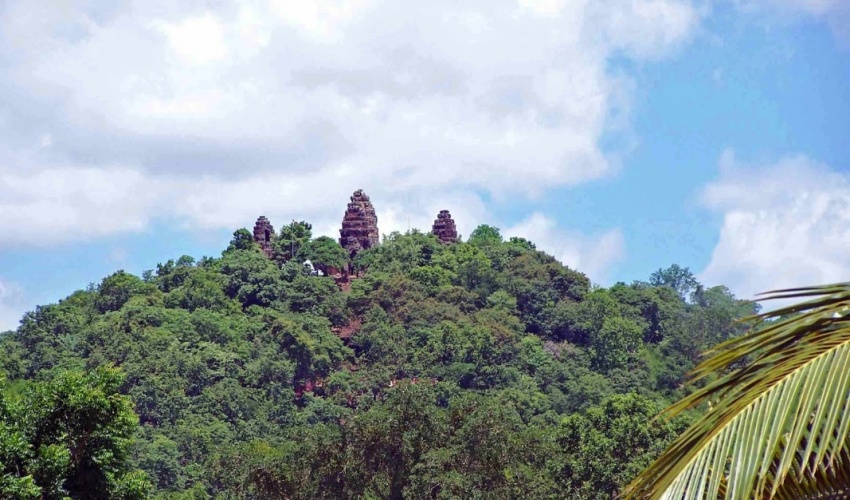 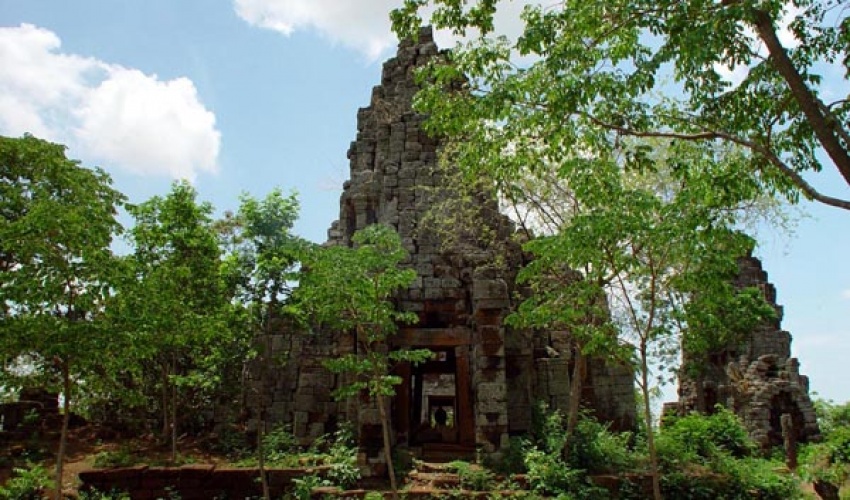 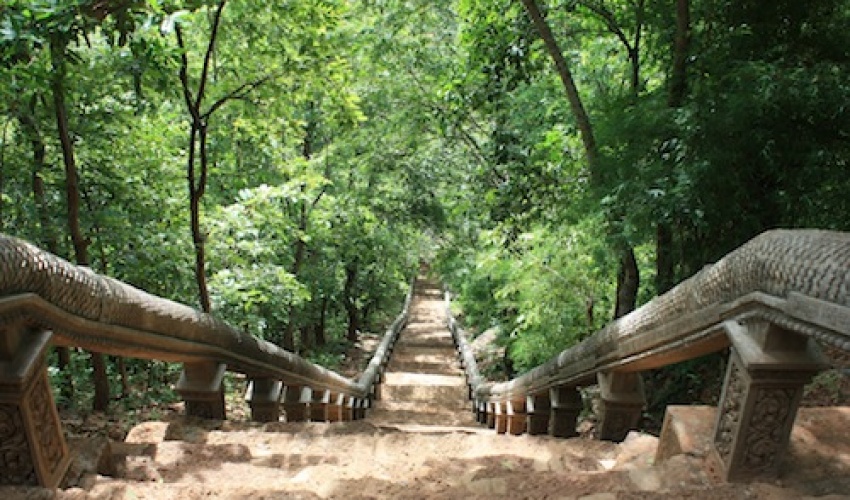 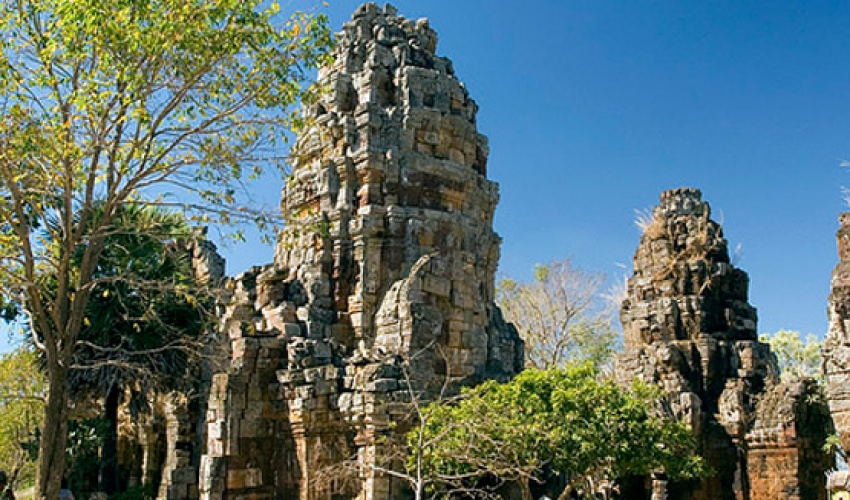 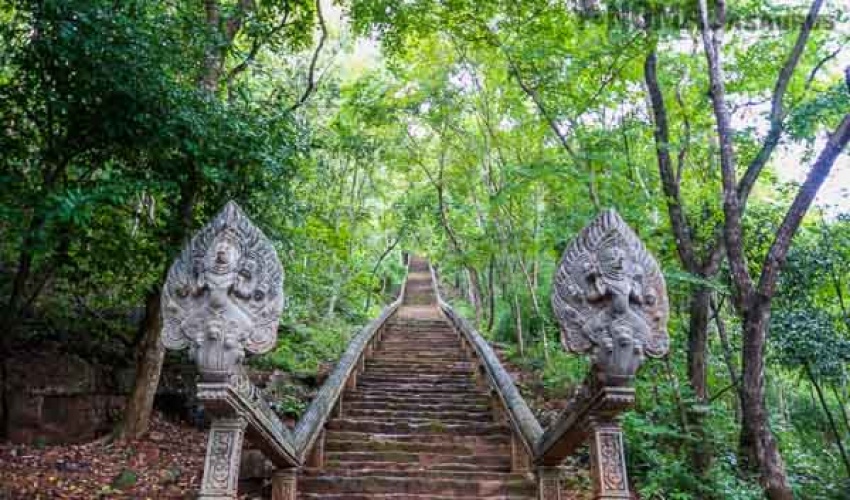 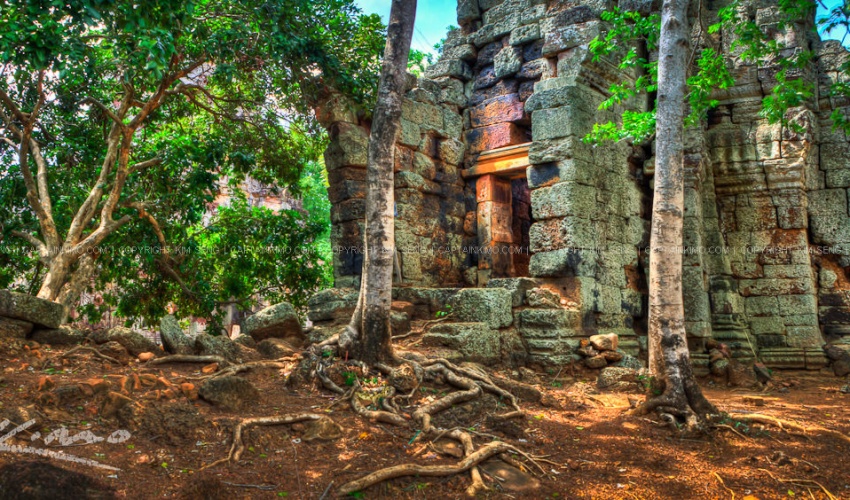 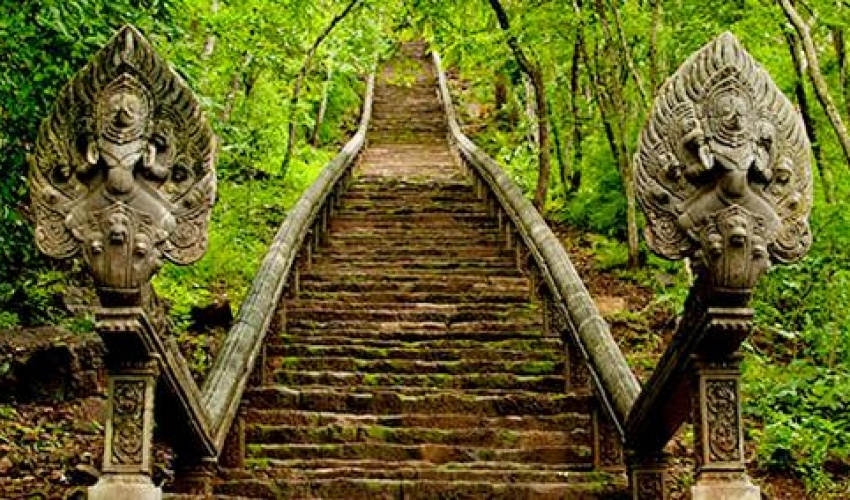 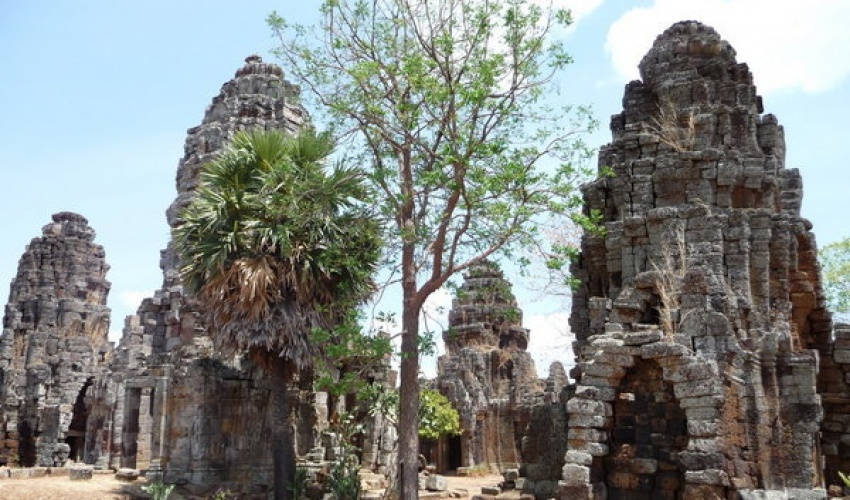 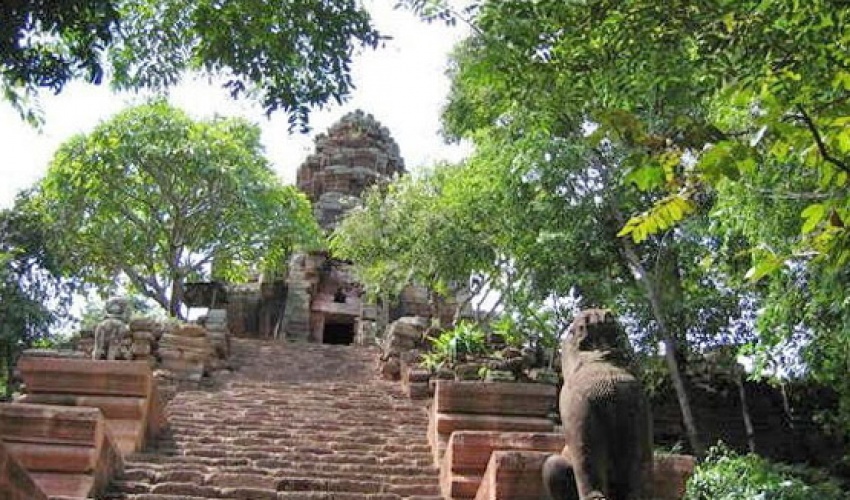 Adapts the architecture of mid 11th century and the end of 12th century the temple was first built by king Ut Tak Yea Tit Tya Varman II (1050-1066) and then was finally built by the king, Jarvarman VII (1181-1219). The temple is located on the top of approximate 400-meter heighten mountain at Kon Tey 2 commune, Ba Nan District in 25-kilometer distance from the provincial town by the provincial Road No 155 parallel to Sang Ke River. At the mountain's valley, there are Ku Teuk and two main natural wells, namely: Bit Meas and Chhung or Chhung Achey. This Angkor-era mountaintop temple is definitely worth a look. At the top are beautiful views of the winding Sangker River set amidst sugar palm trees, rice fields and small villages. To the south you will see a mountain range that features a crocodile shaped mountain. The temple itself is beautiful looking from the ground as well as the top. The structures are pretty much intact, but unfortunately like so many Khmer ruins, they have fallen victim to massive looting. Still, there are some interesting works to see. There are five temple structures, like Angkor, with the middle being the largest. (Use caution around the entrance to the center structure there is a large hanging block-a headache-in-waiting for some poor soul). As with Preah Vihear Temple (close to the Thai border in the province of the same name), there are a couple of big guns on the mountaintop next to the ruins. The guns are still pointing down at the surrounding area as they were during the more recent years of the government-Khmer Rouge skirmishes.It's part of the sad irony of Cambodia that a place built for worship, harmony and tranquility was utilized as a place for making war. Looking down the hillside to the southwest you can see more of the ruins. As always, if you go looking around, STAY ON THE WORN PATHWAYS AND TRAILS- there may still be undiscovered landmines.