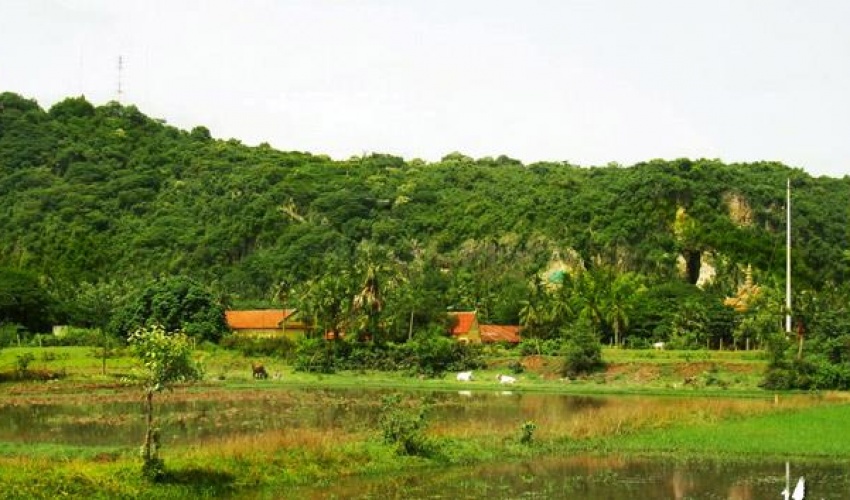 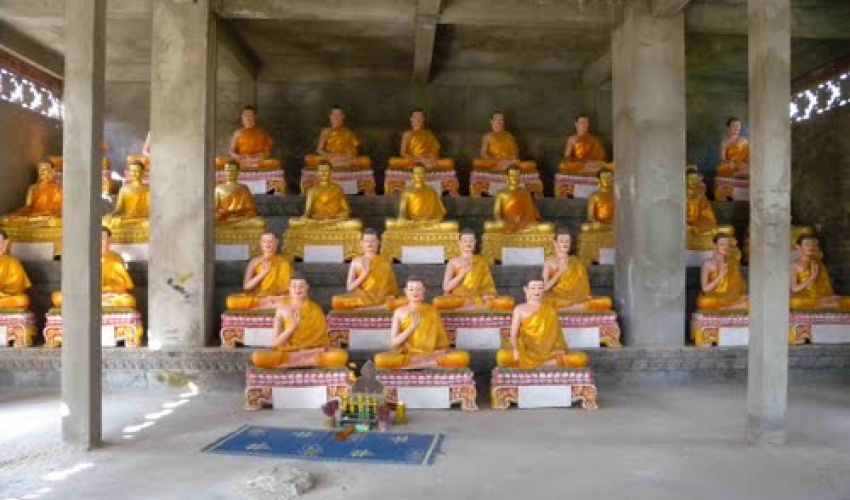 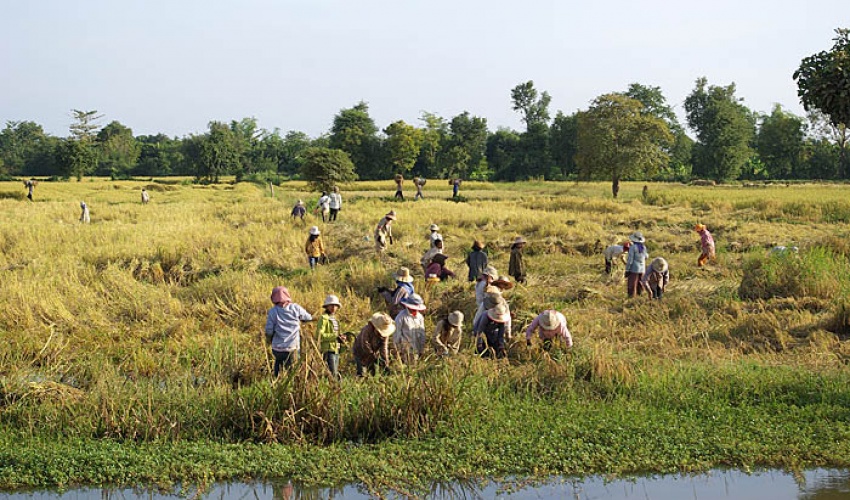 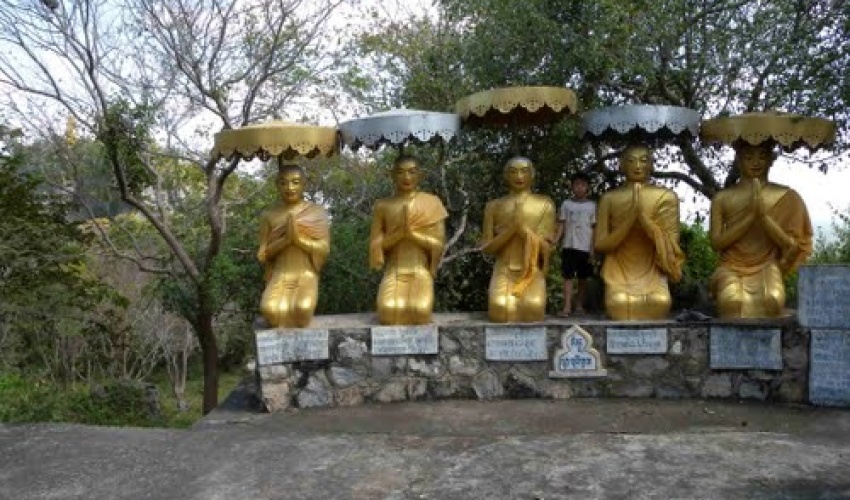 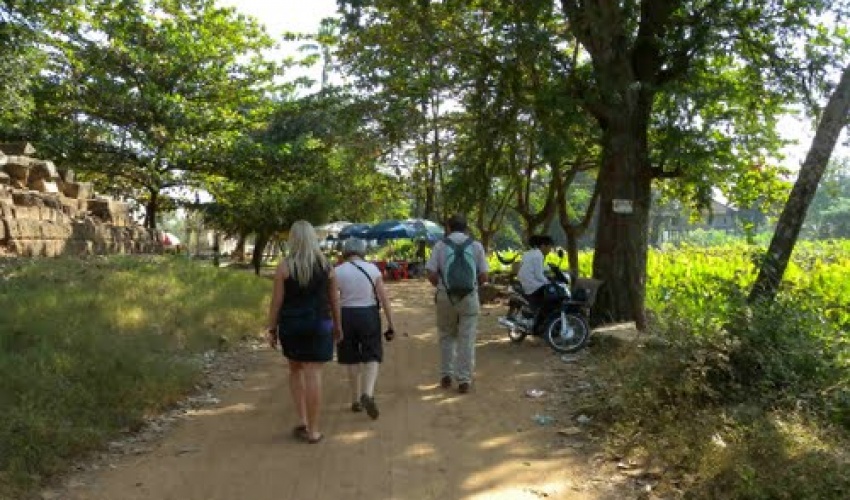 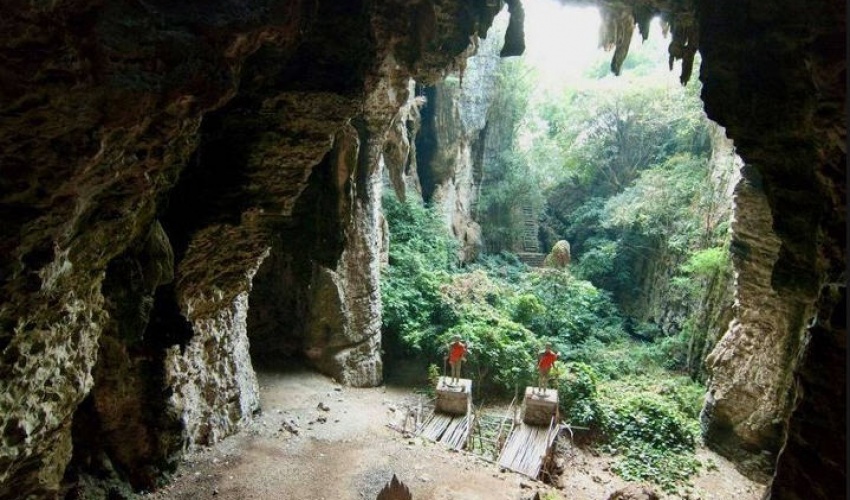 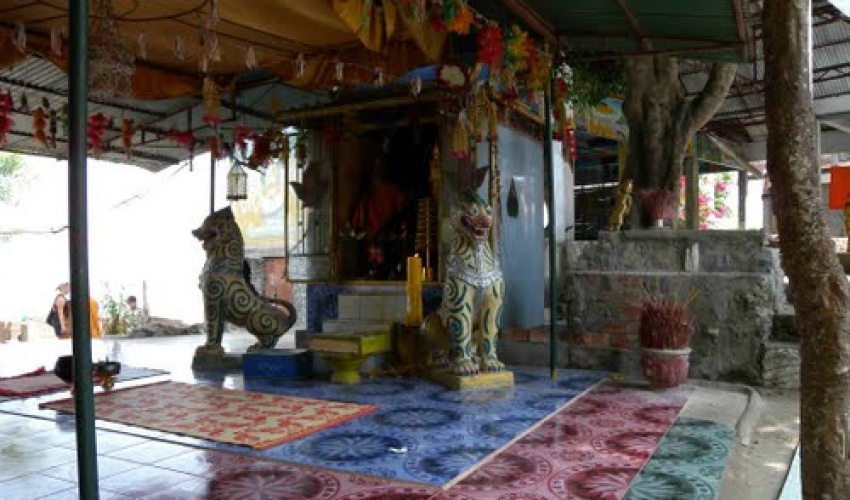 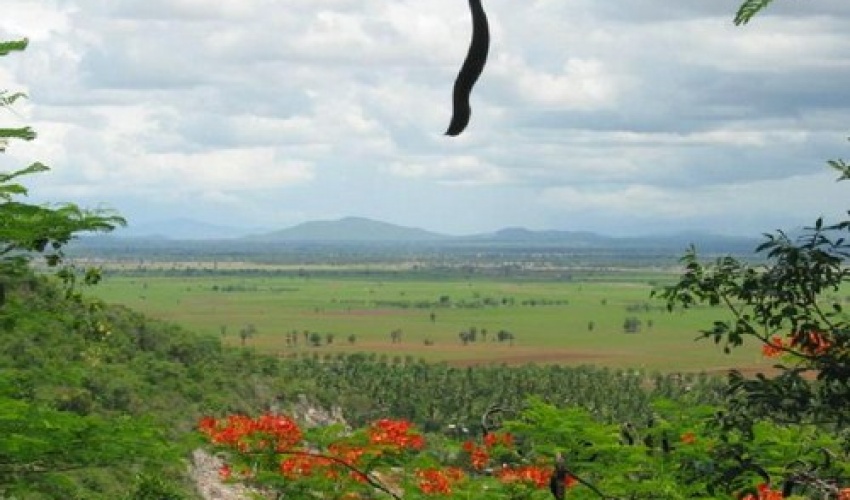 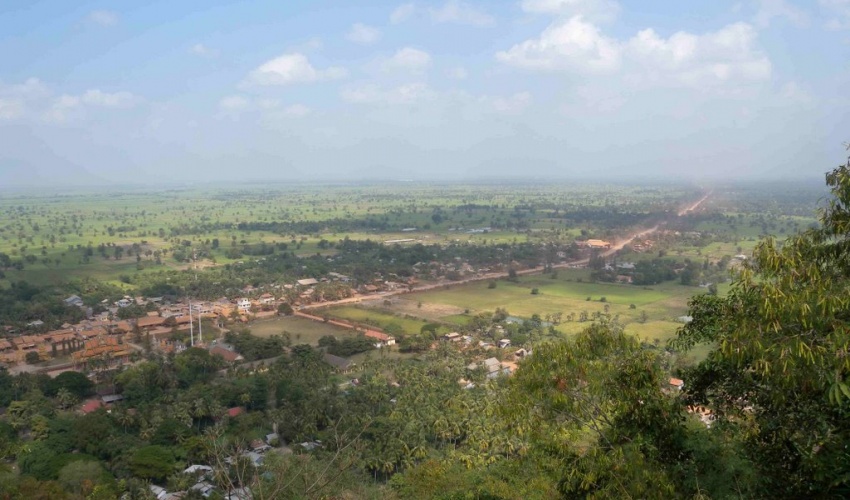 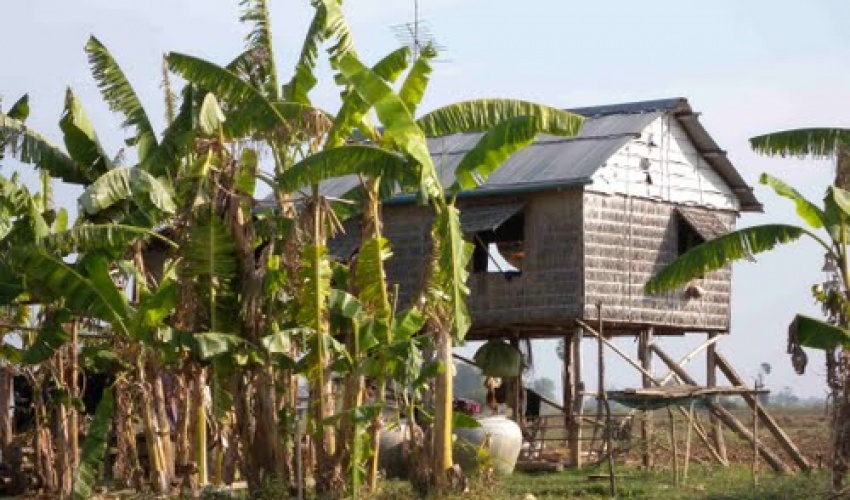 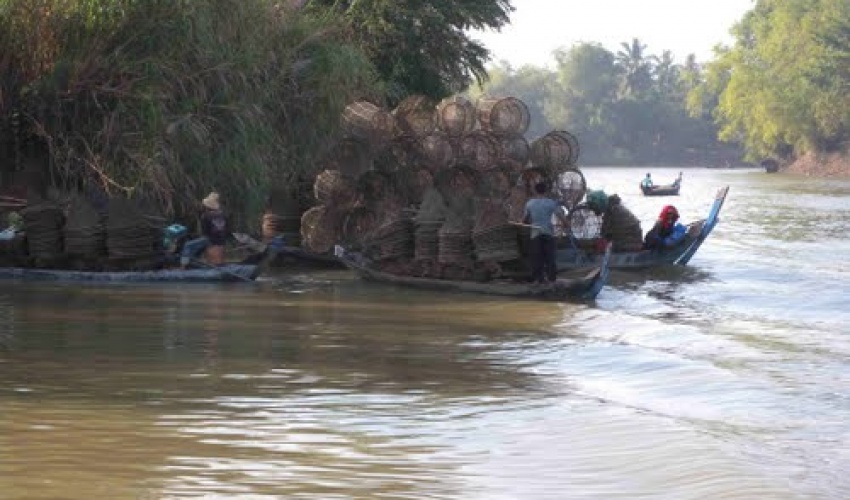 Located approximately 15 kilometers outside of Cambodia's second largest city , Battambang, Phnom Sampeou rests on the Northern end of the Damrei Mountains (literally "Elephant Mountains"), which fall into the Gulf of Thailand to the South and connect to the Kr?vanh Mountains (literally "Cardamom Mountains") to the East. Phnom Sampeou is composed of limestone and dotted with caves, and was an important setting for battles between the Khmer Rouge and military forces in the 1980s. This legacy still marks the mountain in two ways: first is the aging anti-aircraft guns staged near the top, and second is the presence of human remains a product of the Khmer Rouge's genodical campaigns that can still be found in the caves in Phnom Sampeou. Not for the light-hearted, exactly, but memorable and important. Phnom Sampeou also houses two important Buddhist wats. Phnom Sampeou is riddled with far more caves than you can possibly access without putting yourself in serious danger (see "red tape"). This becomes apparent at dusk, when millions literally, millions of small bats come bursting out of the mountain in several directions. They form a steady stream toward the countryside, where they spend the evening stuffing themselves with insects. In case this isn't obvious, you might want to leave the caves before dusk.The bats are far from the scariest thing in the caves, however. The Khmer rouge executed thousands of people on Phnom Sampeou, and many were thrown through the roof of one of the caves and left to die in the cold and dark. One example of this can be found near the summit (any of the monks can show you, although the might want a donation). Some of the bones left in the cave can be found in a cage, others are piled near the walkway. Yikes. Phnom Sampeou is one of the most popular visitor attractions in the whole of Cambodia ? and looking at it, it is not hard to see why! This attraction can be found 12 kilometres southwest of the city of Battambang and is steeped in history and legend. Phnom Sampeou is a name that every Cambodian will be familiar with, largely due to the legend of Rumsay Sok that is associated with the hillside.A visit to Phnom Sampeou essentially starts with a climb of 700 steps to the top. There is also a cemented road which you can use to walk up or take a motoride to the summit. Situated on the hilltop is a beautiful pagoda that gives breathtaking views of the surrounding countryside. As well as the pagoda, which was actually used as a prison and torture centre during the time of the Khmer Rouge, there are a series of shrines and statues to be found along the way. It is most likely that you will be visiting Phnom Sampeou to explore the natural caves and grottos that have taken part in one of the most horrific genocides in human history.