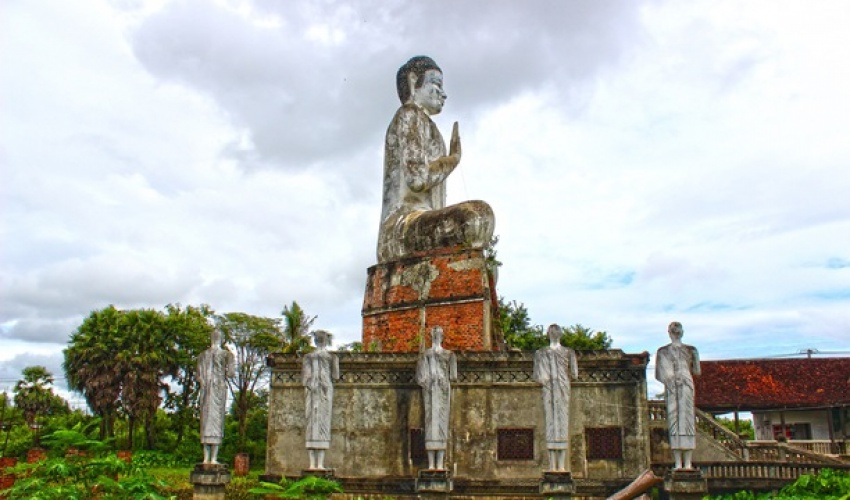 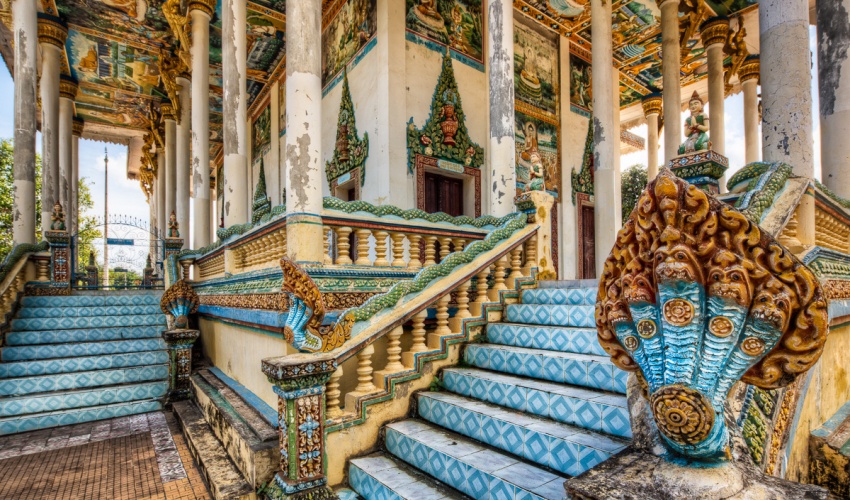 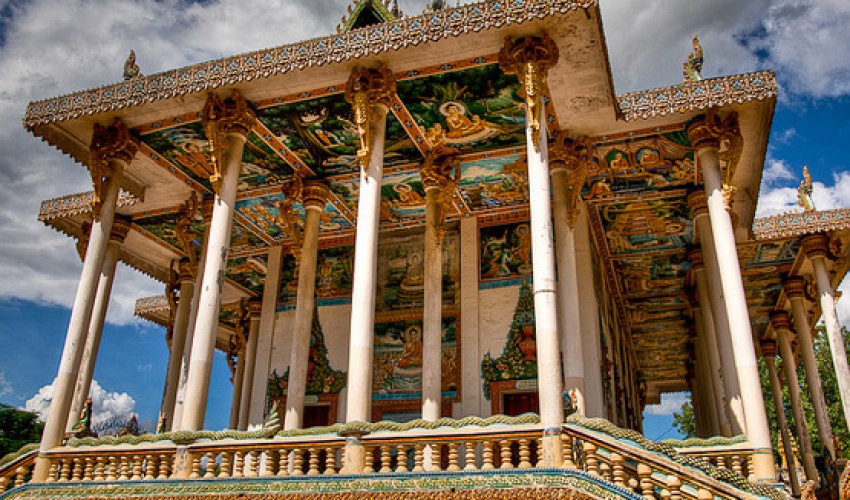 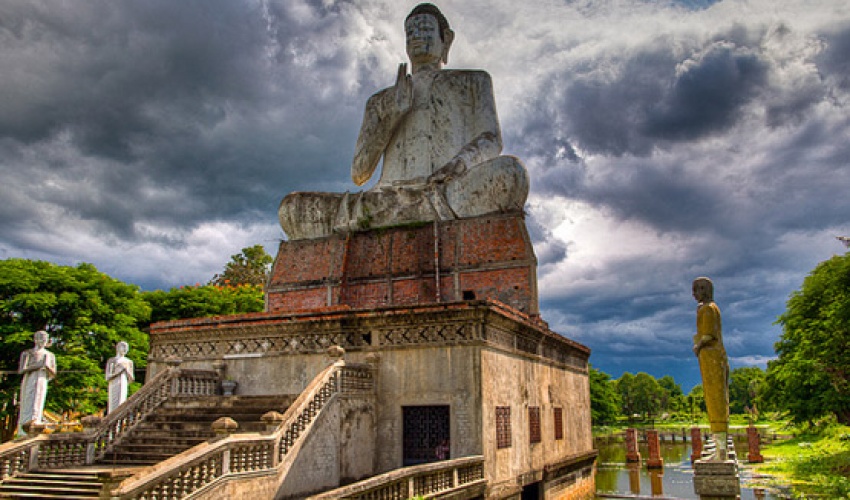 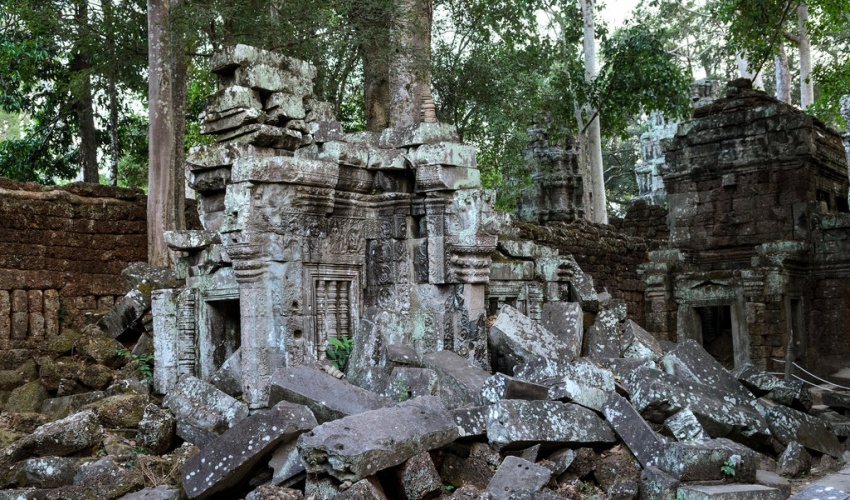 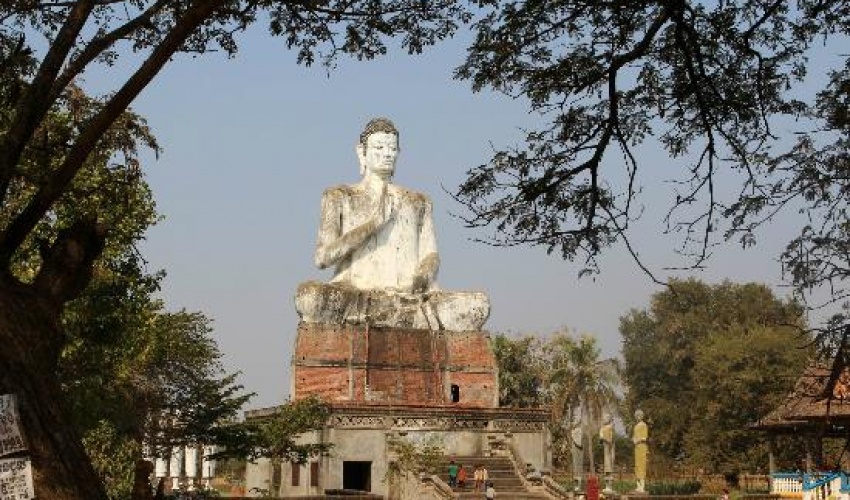 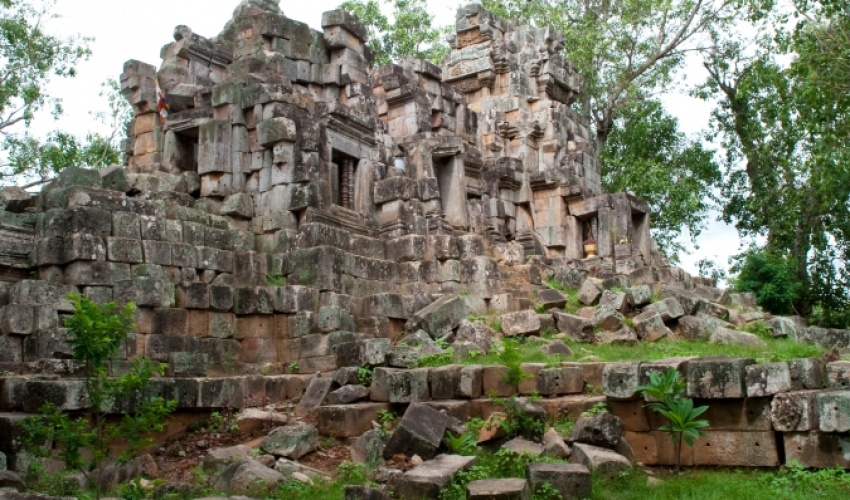 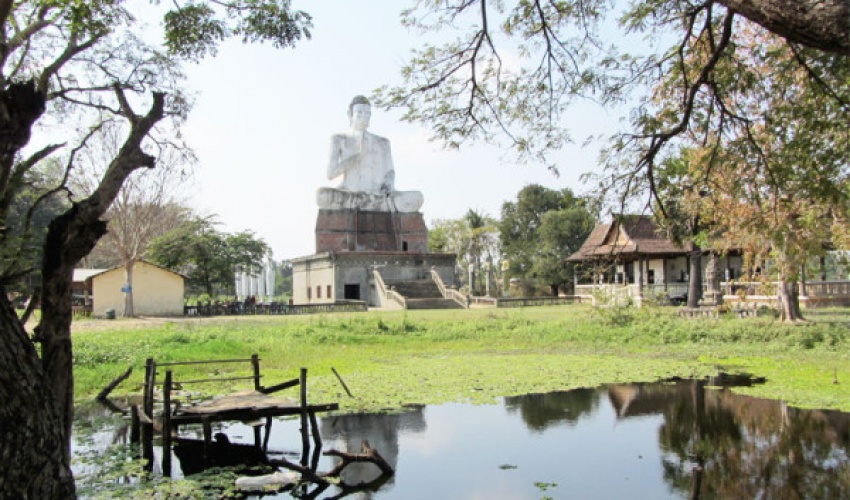 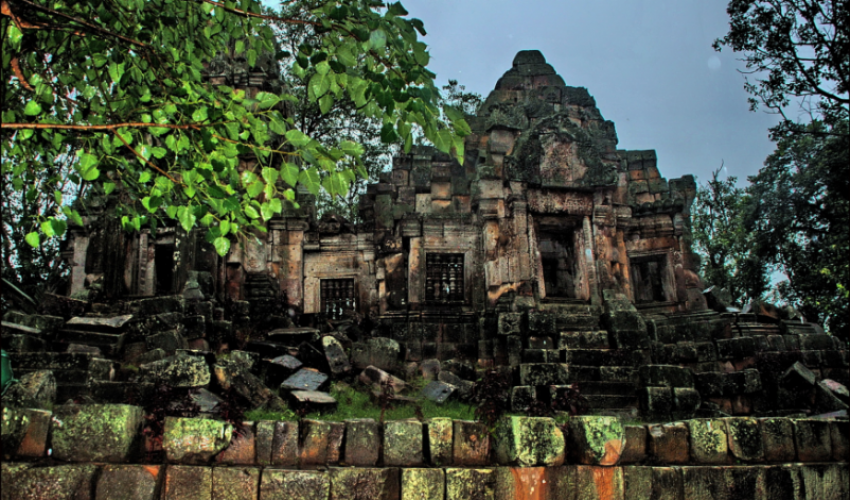 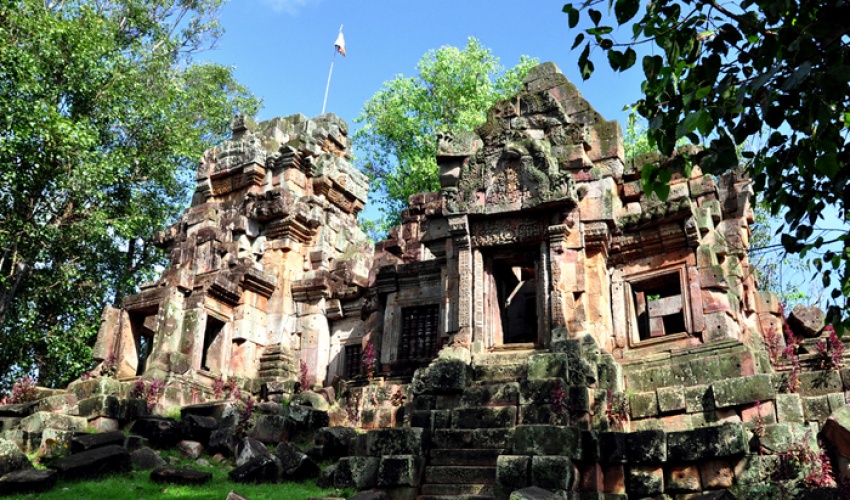 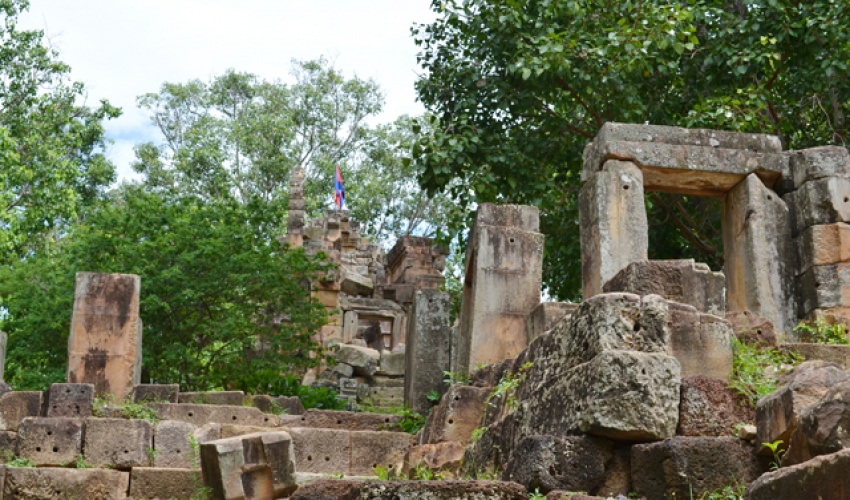 Wat Ek Phnom situated about 10 km north of the Cobra Bridge are the ruins of Ek Phnom. It was built during the Bayon period and unfortunately is much worse for the wear than Phnom Banan. It’s an interesting place, however, because there is a freshly constructed working temple right in front of the ruins. This temple, along with the temple ruins, is the center of holiday festivities for the people of the nearby village. They dress up in their Sunday best and have a celebration between the old and the new temples and climb all around the ruins with their families. The ruins are on a very small hill so there is no workout involved in viewing them much of the temple is in shambles and was heavily looted. There are still some sitting Buddha images intact higher up on the walls. On the inside is a carving of a tug-of-war with participants tugging away on a serpent. The participants on the left have lost their heads to looters (they lost face), with the guys on the right still having their heads intact.

Wat Ek Phnom an atmospheric, partly collapsed, 11th-century temple situated 11km north of Battambang, measures 52m by 49m and is surrounded by the remains of a laterite wall and an ancient baray (reservoir). A lintel showing the Churning of the Ocean of Milk can be seen above the east entrance to the central temple, whose upper flanks hold some fine bas-reliefs. Construction of the giant Buddha statue next door has been stopped by the government because, they say, it mars the site's timeless beauty. This is a very popular picnic and pilgrimage destination for Khmers at festival times. 13km north of Battambang is Wat Ek Phnom, an impressive but extremely dilapidated temple situated next to a large pond and is behind a contemporary 28m high Buddha statue. Built during the 11th century, supposedly in 1029 under the reign of King Suryak Varman II (1002-1050), today it has been mostly reduced to ruins and visitors have to climb over fallen masonry and huge blocks of stone in order to traverse the grounds. Because of this, and its tranquil setting, Wat Ek Phnom is a must for anyone visiting the Battambang area as it actually gives you the impression that you are discovering a forgotten temple.