Kandal is one of the smaller provinces of Cambodia. This province completely surrounds, but does not include, the Cambodian capital Phnom Penh. It's capital is Ta Khmau ( Black Grandfather) and is around 20km south of Phnom Penh. The province is re-known for its ancient history. One of the major attractions is Udong, which served as the former capital of Cambodia under several sovereigns between 1618 and 1866. A number of kings, including King Norodom, were crowned here. The most interesting things to see there, are: several Stupas, some of them recently renewed, a huge 8m high reclining Buddha and the battered Ta San Mosque on the smaller ridge. As Kandal province isn't far from Phnom Penh it is easily and quickly to enter, even if it's just a day trip. There is quite a bunch of places of interest such as Ang Kor Chey Pagoda, which is located at Ban Tey Dek commune, Kean Svay District with a total distance of 29km from Phnom Penh or 32,6km from Ta Khmao by the National Road N0 1 (Phnom Penh Svay Rieng province). You have to travel along the National Road N0 1 from Phnom Penh or Ta Khmao to Kilometre 29 then exceed about 50 metres, there is a gate at the right with a handwritten sign: Ang Kor Chey Pagoda. 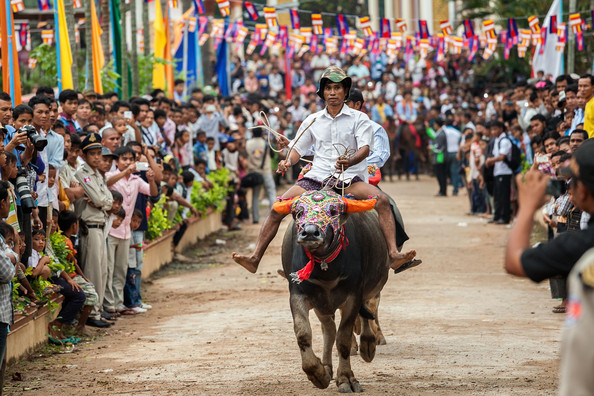 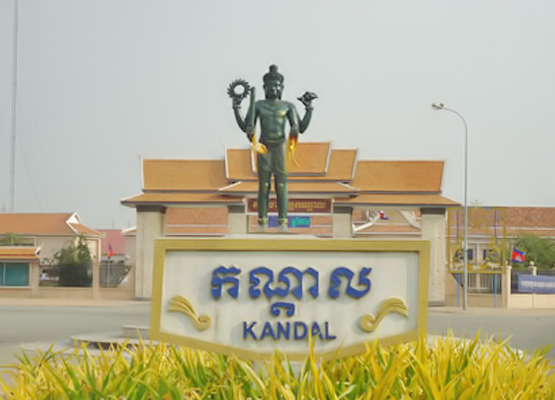 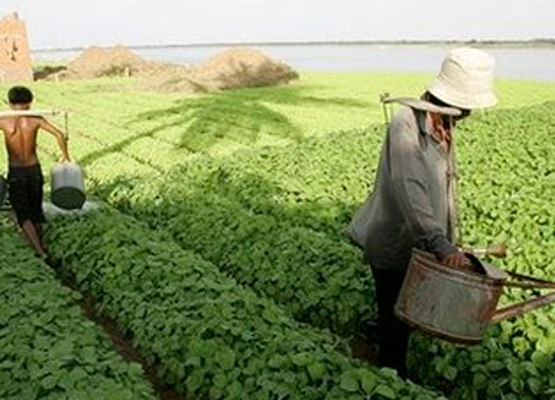 If we enter by trail about 1,600m, we will reach the entertainment centre. The pagoda is constructed with five peaks as the temple's peaks. Before reaching the pagoda, we need to pass over a 100 meter wooden bridge; under the bridge, there is a big pond for keeping water during the dry season. Behind the pagoda you'll see an artificial site located on the black hill characterized as resident of Neak Mean Bon or King. It is said that the black hill is a former palace, because they found ancient objects and equipment like bowls and pots characterizing ancient features. Now, the black hill has been organized and maintained by guards, because it relates to the belief in sacred objects there. Nowadays, Angkor Chey pagoda has a lot of local visitors, especially those, who cling to abstract belief; they go there to have themselves sacredly watered. In addition, Ang Kor Chey pagoda is surrounded with beautiful scenery offering cool shadows from the trees and a pleasant environment.