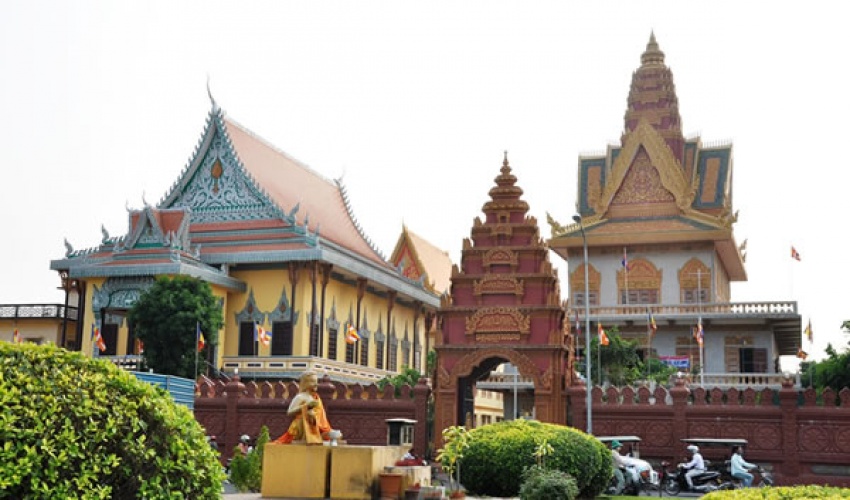 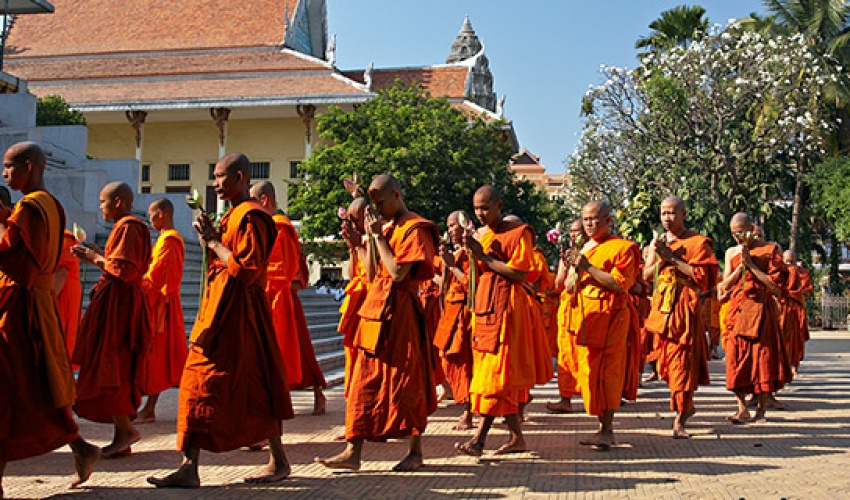 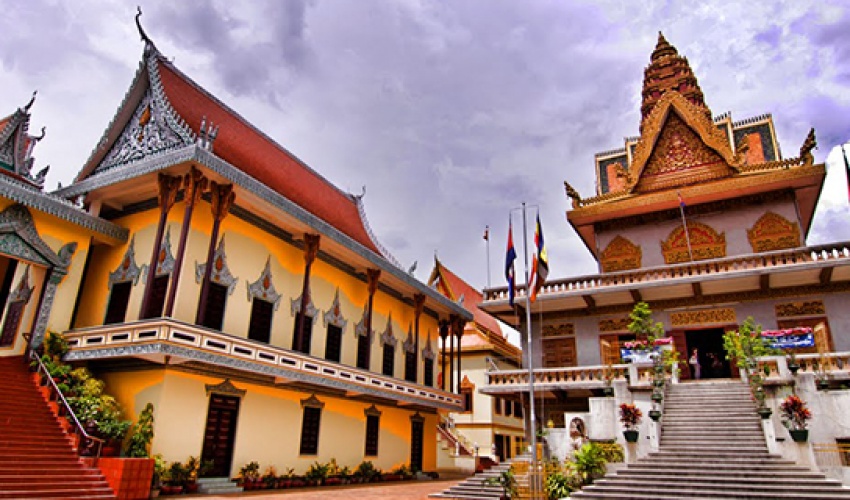 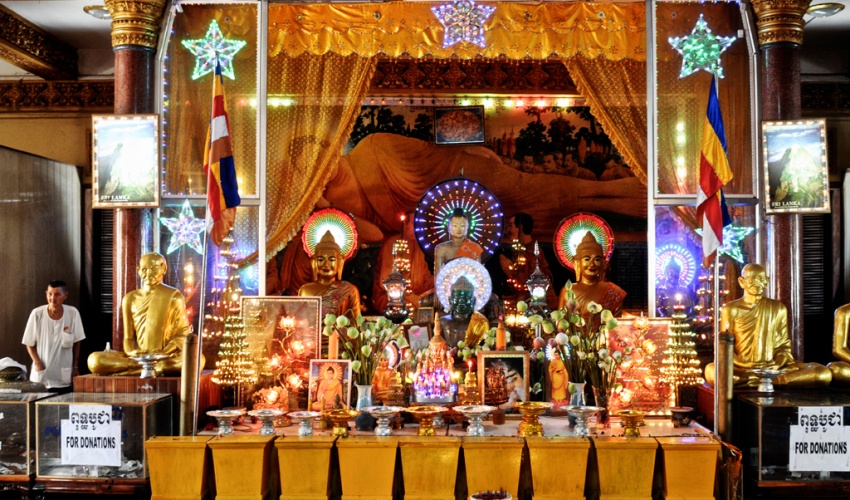 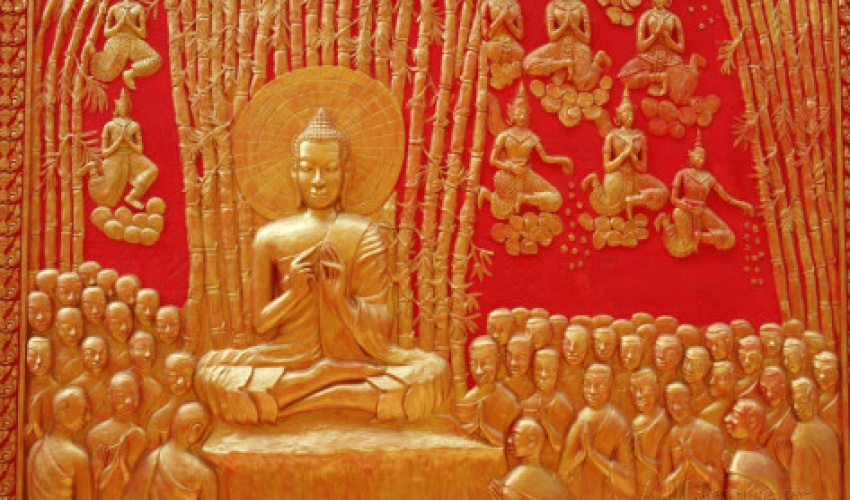 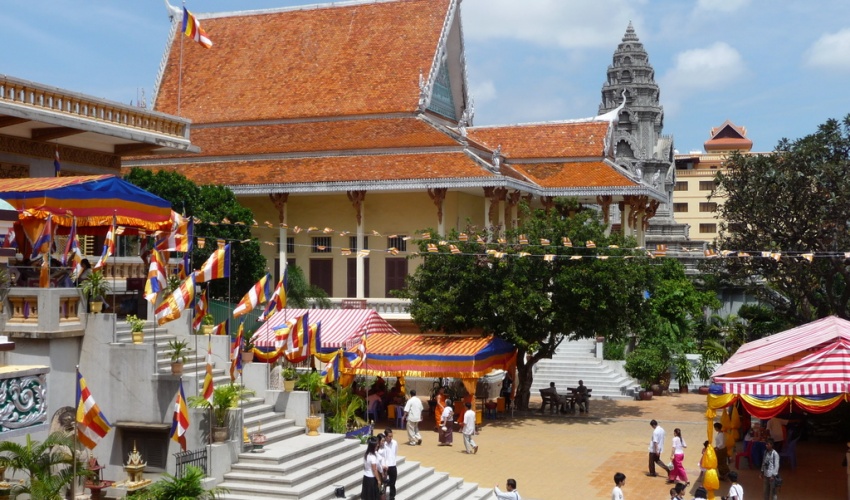 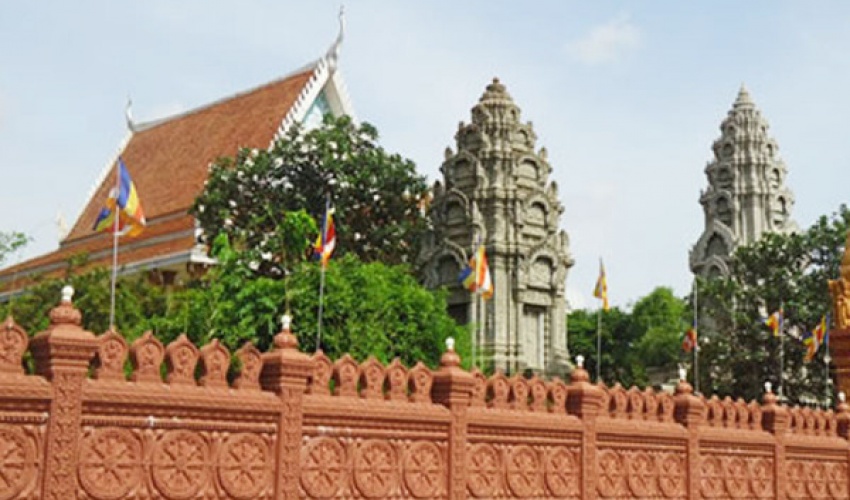 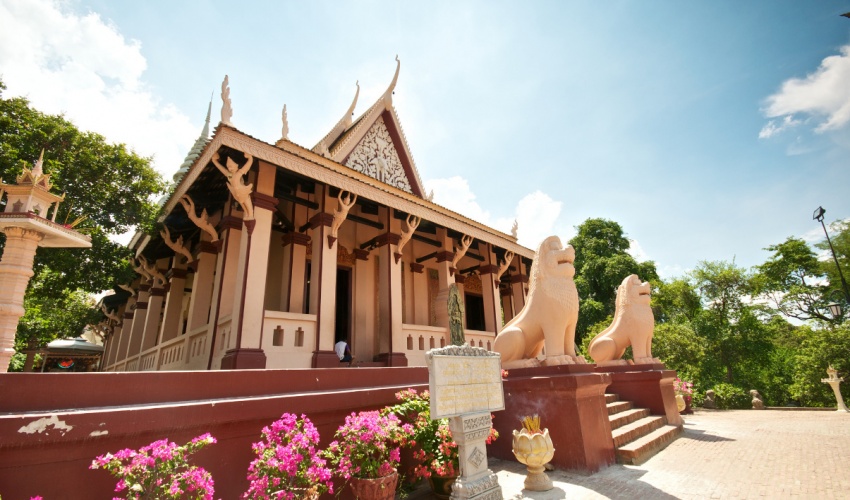 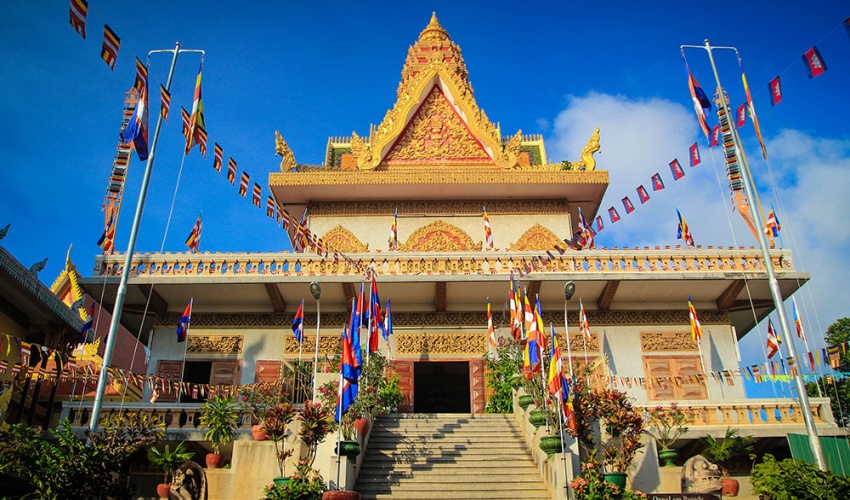 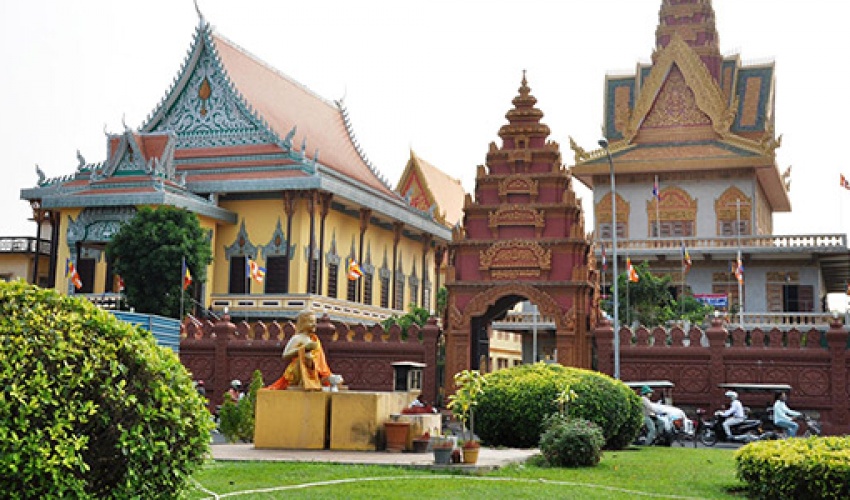 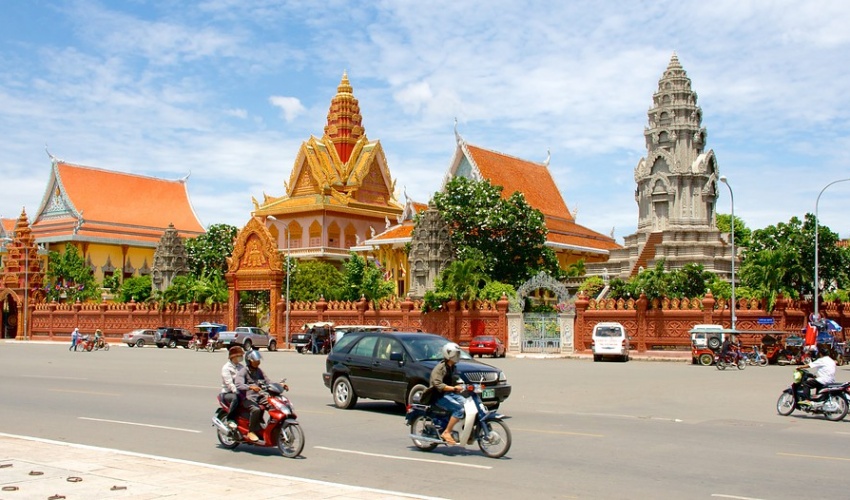 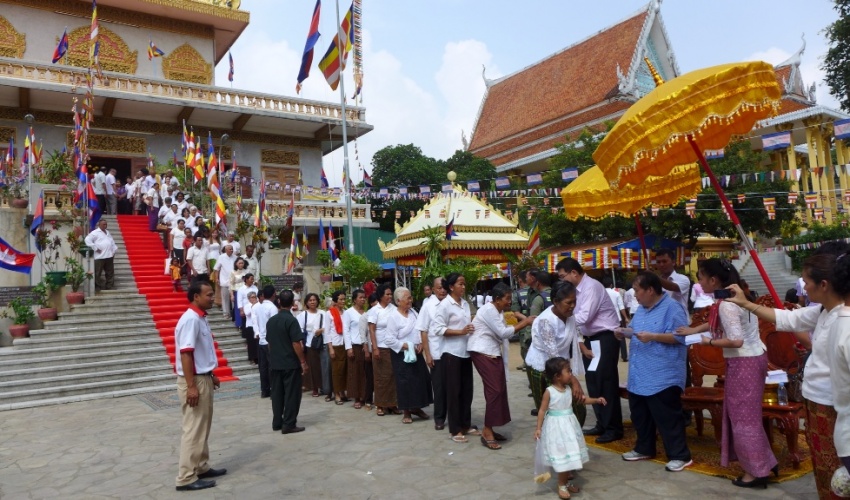 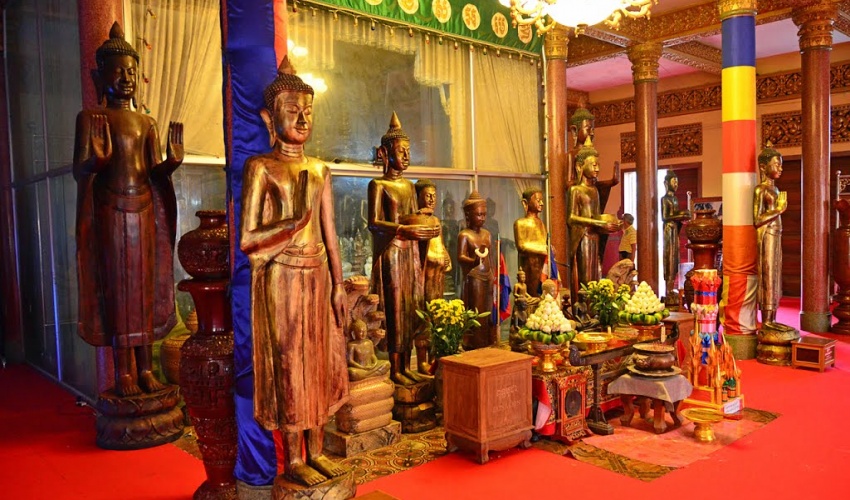 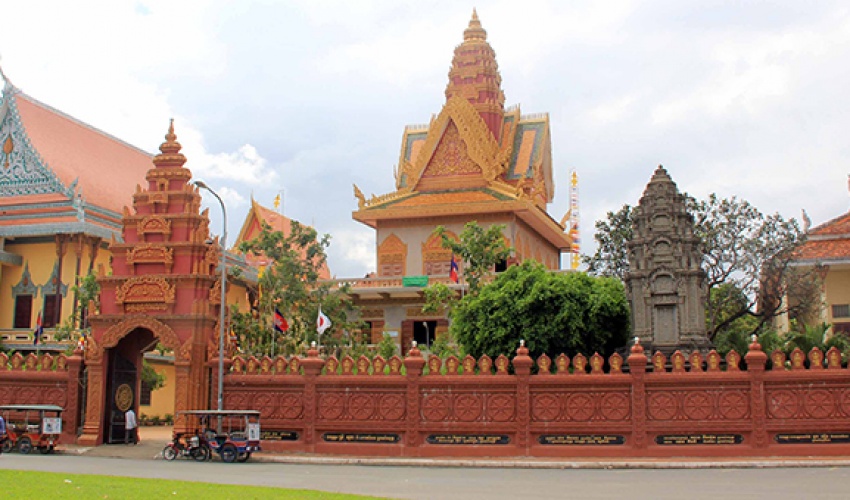 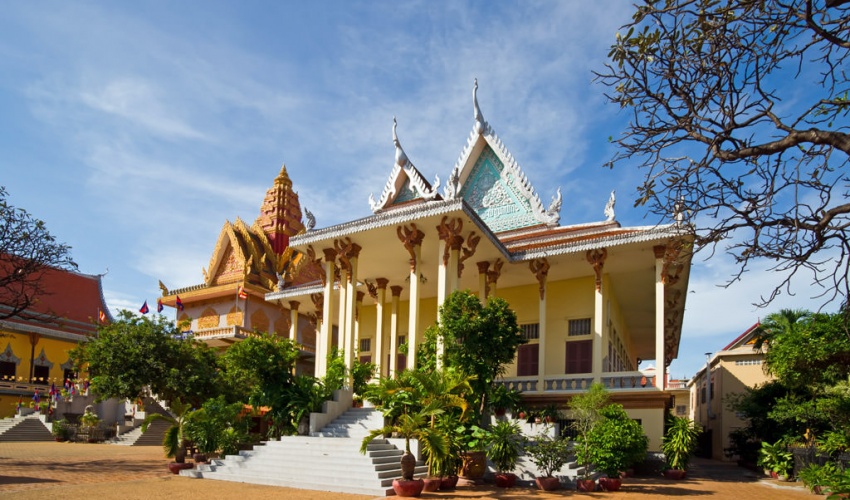 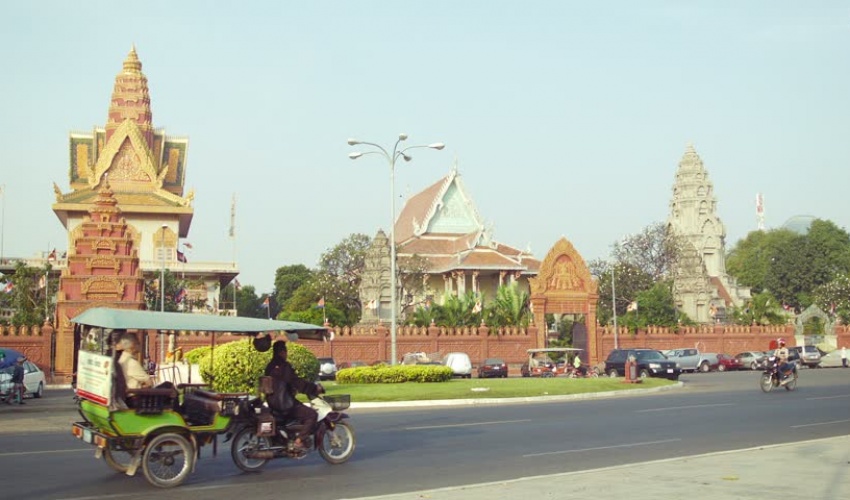 Wat Ounalom is another of Phnom Penh's five original monasteries (1422). it housed the Institute Bouddhique and library. On the riverfront about 250 meters north of the National Museum, facing the Tonle Sap River near the Royal Palace, this pagoda serves as the headquarters for one of Cambodia?s most revered Buddhist patriarchs.Ounalom Pagoda, Phnom Penh is one of the major tourist attractions in Phnom Penh. With respect to the numerous pagodas, parks, monuments and museums, the city of Phnom Penh in Cambodia is an idea destination for the vacationers. A visit to the Ounalom Pagoda, Phnom Penh will render a pleasurable experience to your trip to this city.
Situated in the Corner Sothearos, the Ounalom Pagoda in Phnom Penh is one of the most significant pagodas featuring Cambodian Buddhism. This pagoda comprises of the country's religious establishment. It is here where the top monk of the nation resides. In the earlier years, this pagoda served as the library of the Buddhist Institute. At that time, this place has cumulated about 30, 000 titles. However, it was later ruined by the Khmer Rouge. Over the years, the structure has been regained from its ruins caused by the Vietnamese invasion in 1979. In the recent times, this old institute has been re-positioned to more spacious areas on the Sihanouk Boulevard. The most important and eminent attribute related to this wat or pagoda is a hair from Buddha's eyebrow which is referred to as 'ounalom'. At present, it has been conserved carefully in a building situated behind the main wat of the Ounalom Pagoda.

This pagoda lies in front of the Tonle Sap River. The Royal Palace is also quite close to the wat. The area features a pleasant ambience where tourists can take a stroll. Now this pagoda serves as the headquarters of the Cambodian Buddhism.The Wat Ounalom or the Ounalom Pagoda can be regarded as the most important pagoda in all of Phnom Penh, since it is the headquarters of the Buddhist patriarchate of Phnom Penh and was also the home of the Buddhist Institute and library until 1999. Wat Ounalom was one of the five initial monasteries to be built in Phnom Penh, way back in the year 1422 during the reign of Ponhea Yat. Before 1974, the pagoda housed over 500 Buddhist monks and also the library of the Buddhist Institute which had a collection of over 30,000 titles. The library was unfortunately destroyed with many other buildings during the years of the Khmer Rogue. The Institute is now re-established and was moved to the Sihanouk Boulevard, where it enjoys a much larger area.