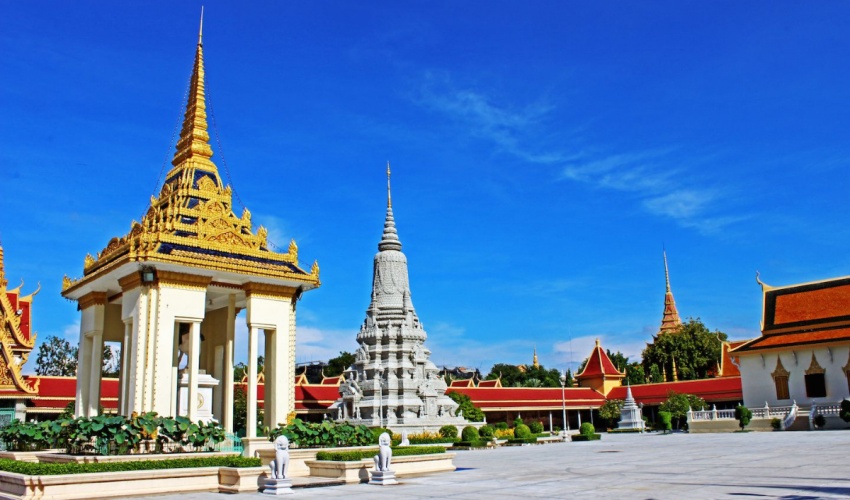 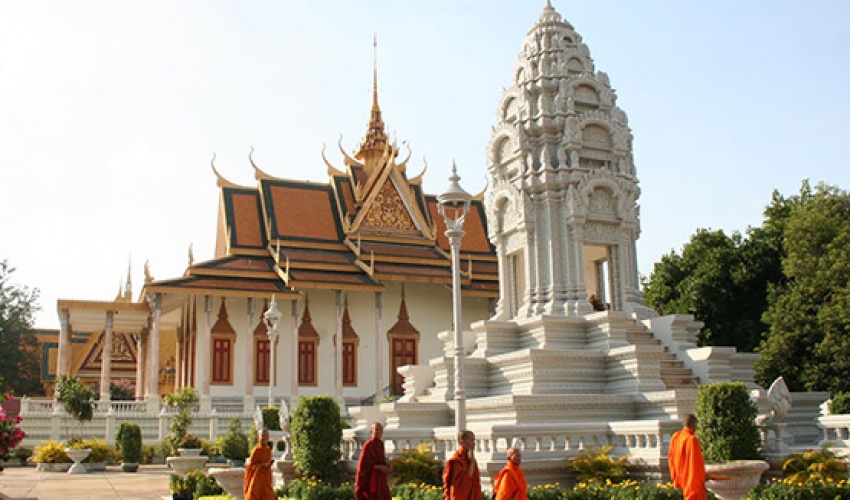 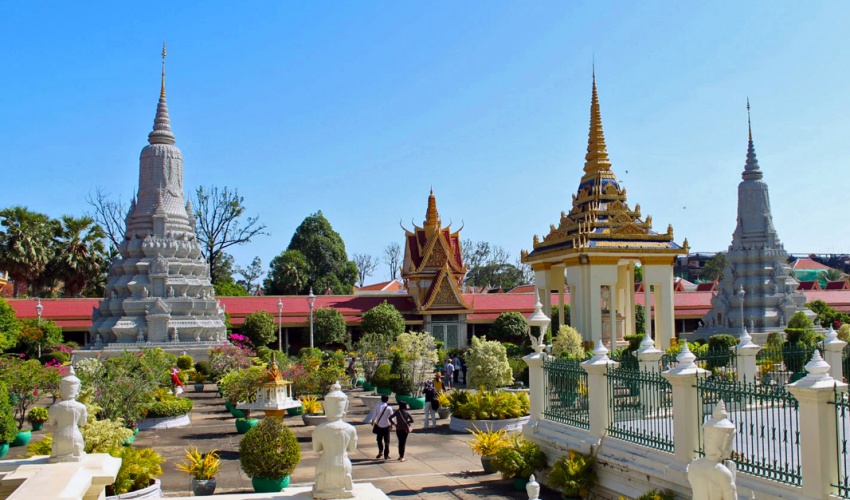 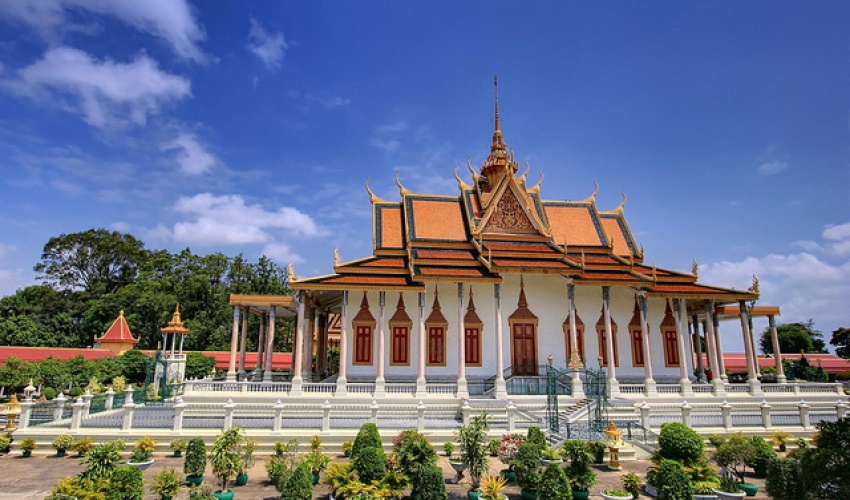 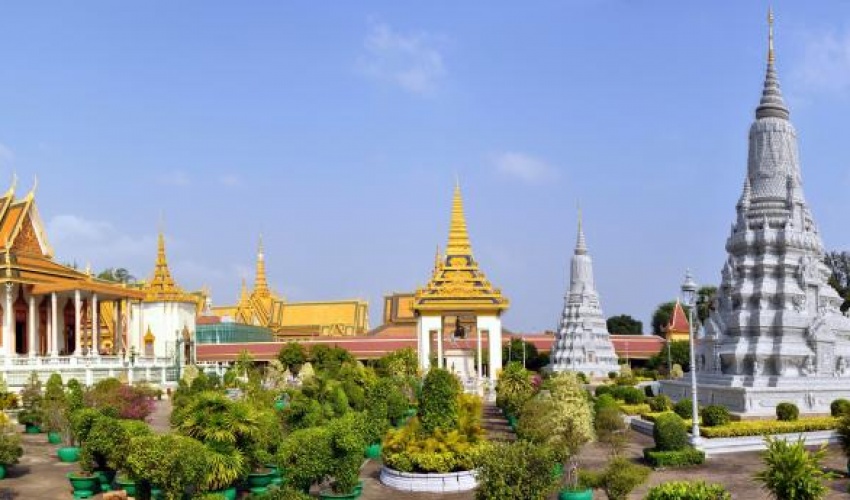 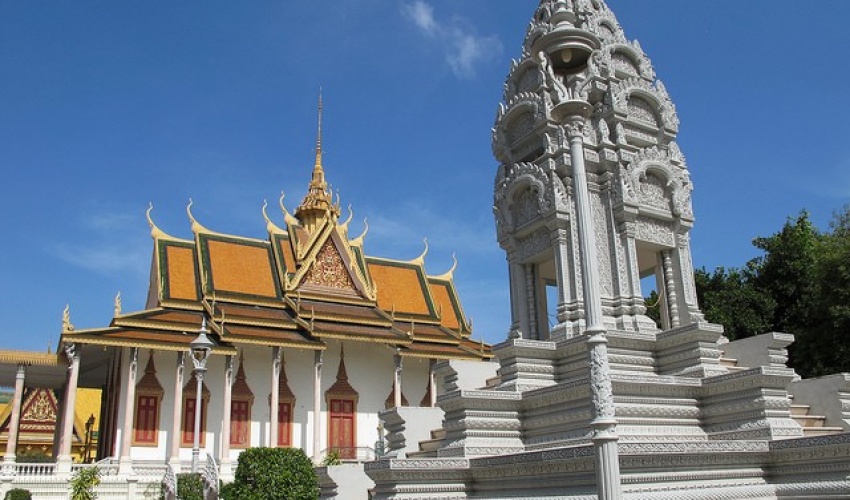 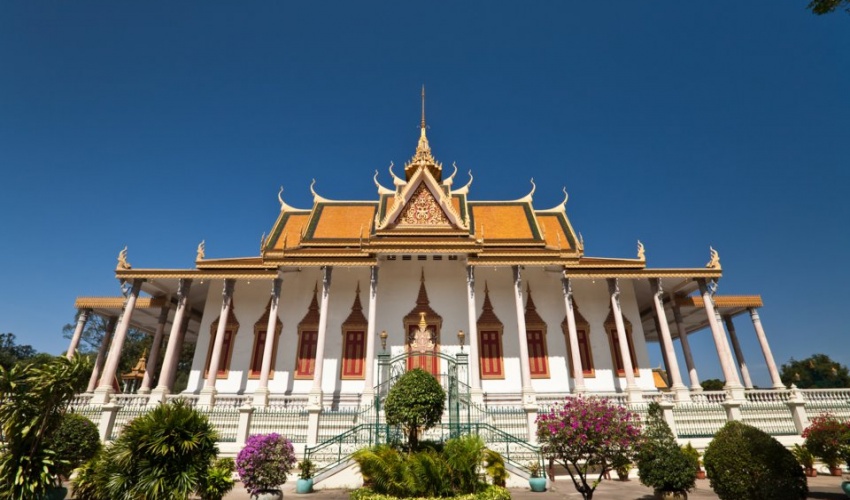 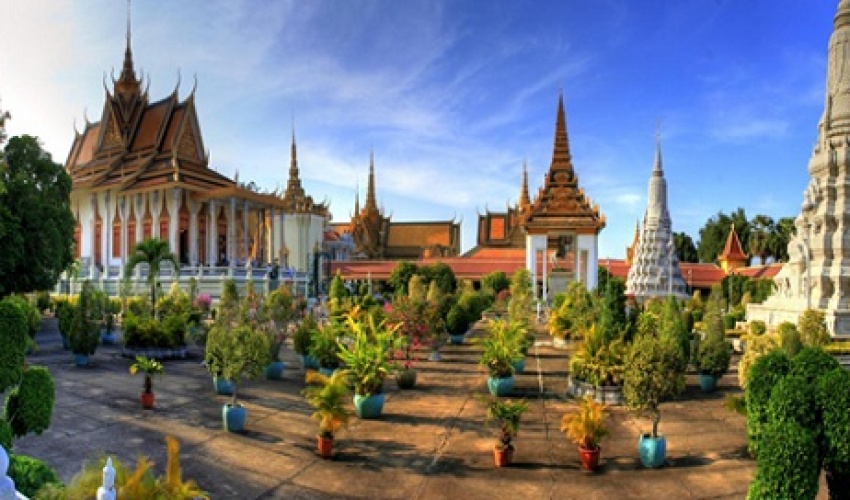 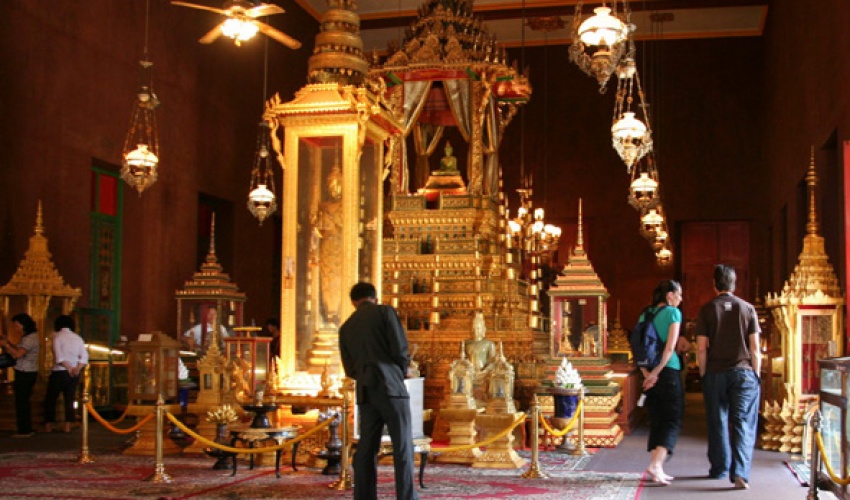 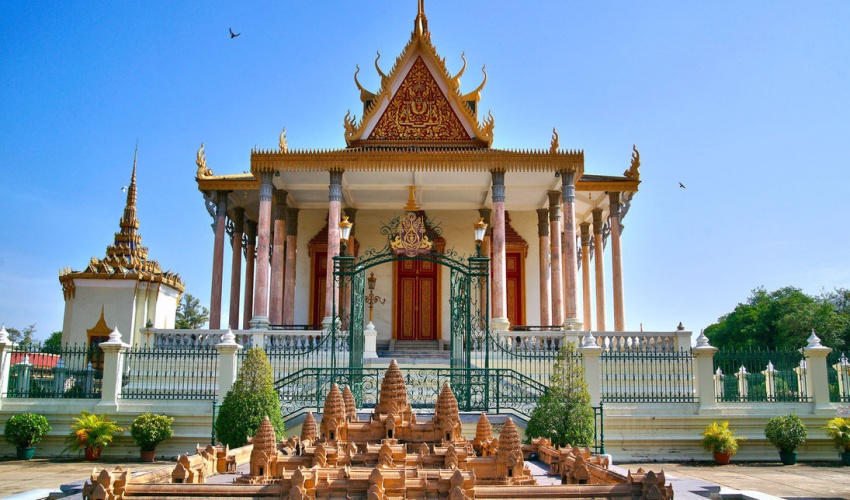 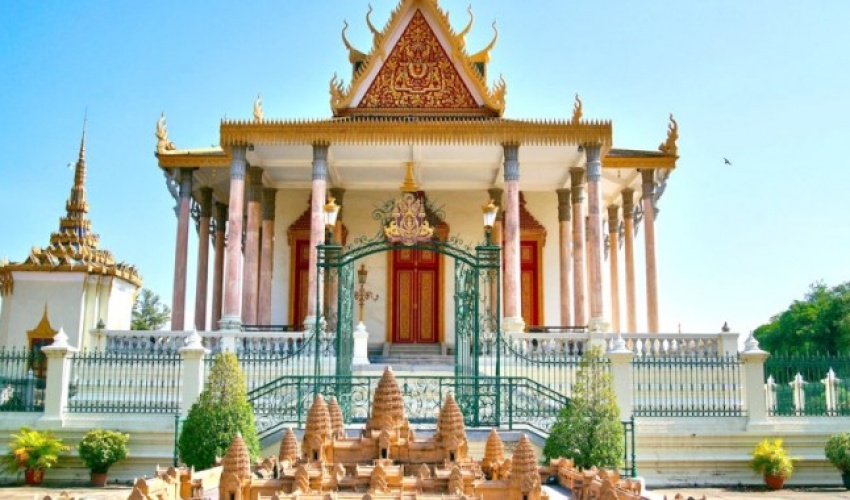 The Silver Pagoda, also known as the Preah Vihear Preah Keo Morokat (the Emerald Pagoda) to Cambodians, lies within the grounds of the Royal Palace, which is situated near the banks of the Mighty Mekong. Originally a wooden structure, the palace was initially constructed in 1892 during the reign of King Norodom, but rebuilt to its present grandeur by King Norodom Sihanouk in 1962. The king spared no effort to make this a true embodiment of brilliant Khmer art. More than 5300 pcs of 1.125 kilo silver tiles are used to cover the floor of the Silver Pagoda, and the silver pieces collectively weigh over six tons. The staircase leading into the pagoda is marble, and inside, two breathtaking representations of the Buddha hold court. The Emerald Buddha is in fact made of Baccarat crystal, and dates back to the 17th century. A small glass case nearby enshrines a sacred Buddha relic brought from Sri Lanka in 1956 by the Venerable Loeva Em of Wat Lanka. However, the second statue of Buddha is the one that catches the eyes of visitors. Its 90 kilo gold body is studded with 2086 diamonds; the largest of which a 25 karats brilliant piece can be found on the Buddha's crown. Cast in 1904 by King Sisowath at the request of his elder brother King Norodom, it represents Maitreya Buddha, the future Buddha. There are a total of 1650 items on display at the temple. They include cast gold headdresses made especially for the royal dancers, many solid gold Buddha statues in different forms, gifts from royalties and dignitaries from around the world and a myriad of jewels and precious antiques.