Preah Vihear province, which borders Thailand and Laos to the north, is home to three of the most captivating temples of the Angkorian era: the Preah Vihear temple, the Koh Ker temple, and the Preah Khan Kampong Svay temple. It also houses communities of many ethnic hill tribes. Koh Ker used to be a capital of the Khmer Emperor King Jayavarman IV who built this city in the year 921AD. Some parts of the temples are still hidden in the jungle and are not accessible. The Preah Vihear temple is most significant in this province. The temple of Preah Vihear, dedicated to Shiva, is situated on the edge of a plateau that dominates the plain of Cambodia. The temple is composed of a series of sanctuaries linked by a system of pavements and staircases over an 800 metre long axis and dates back to the first half of the 11th century AD. Nevertheless, its complex history can be traced to the 9th century, when the hermitage was founded. This site is particularly well preserved, mainly due to its remote location. It is exceptional for the quality of its architecture, which is adapted to the natural environment and the religious function of the temple, as well as for the exceptional quality of its carved stone ornamentation. 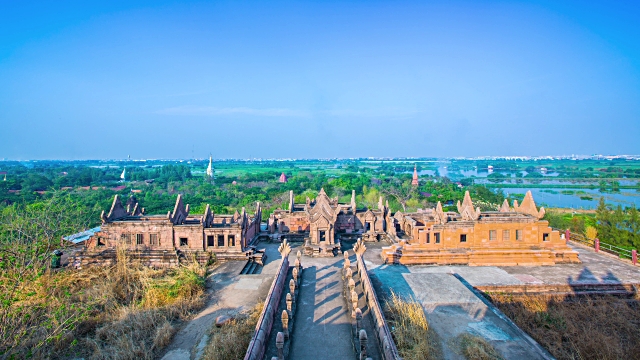 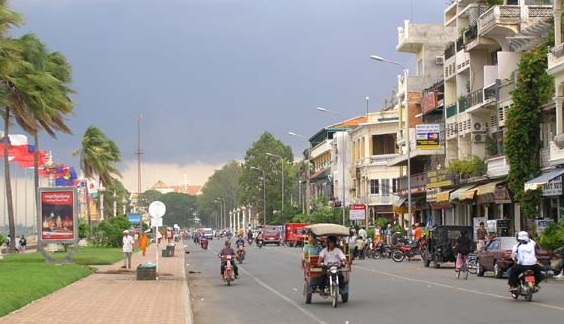 A unique architectural complex of a series of sanctuaries linked by a system of pavements and staircases on an 800 metre long axis, this temple is an outstanding masterpiece of Khmer architecture, in terms of plan, decoration and relationship to the spectacular landscape environment. Preah Khan Kampong Svay, also known as Prasat Bakan, is a complex of gigantic proportions located in the southwest corner of Preah Vihear province. It covers an area 4 times that of the Angkor Wat with a 3 km long Baray and a large number of towers or Prasats within the compound. Largely unknown and rarely visited, the temple had been very badly looted over the years. Through the energetic efforts of the Royal Government of Cambodia under the wise, brilliant leadership of Samdech Akka Moha Sena Padei Techo HUN SEN, Prime Minister of the Kingdom of Cambodia, Preah Vihear Temple was listed and declared a World Heritage site by UNESCO on July 8, 2008.