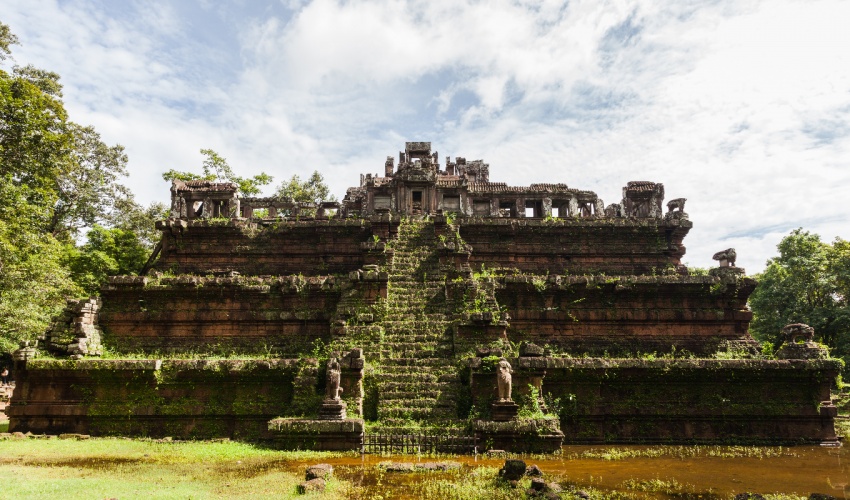 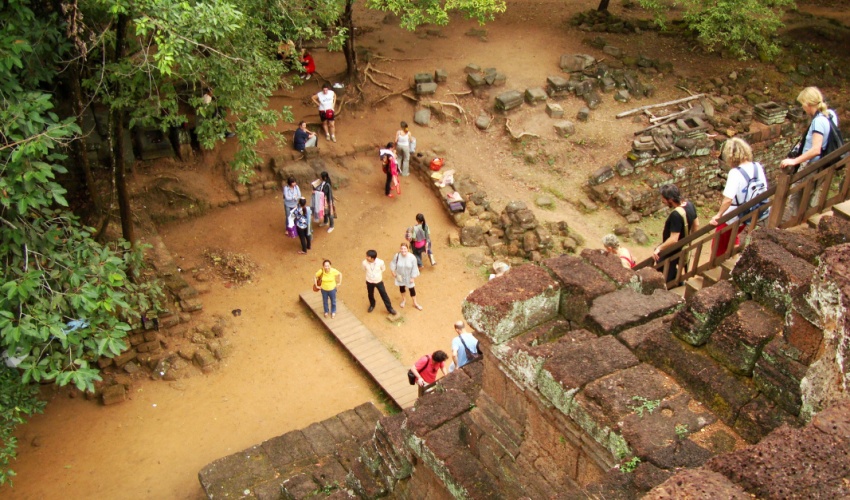 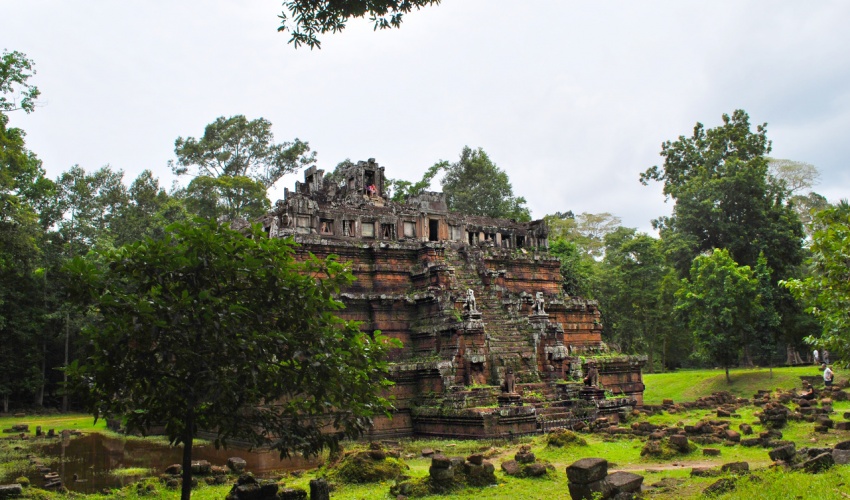 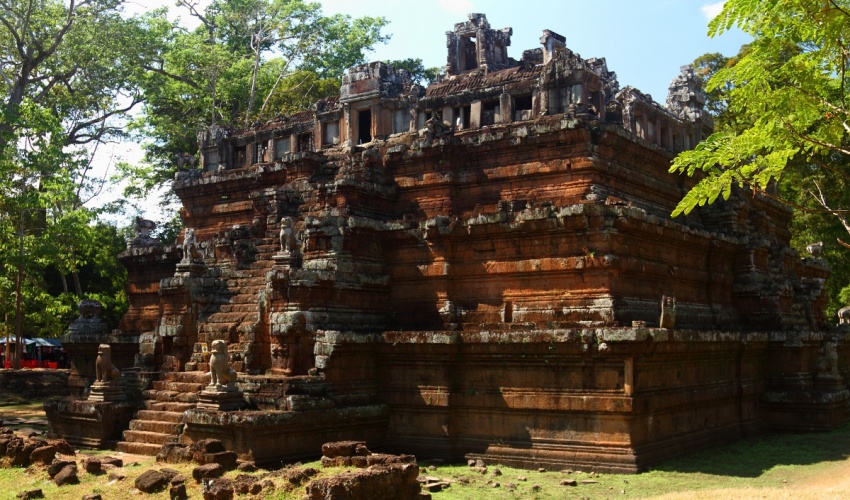 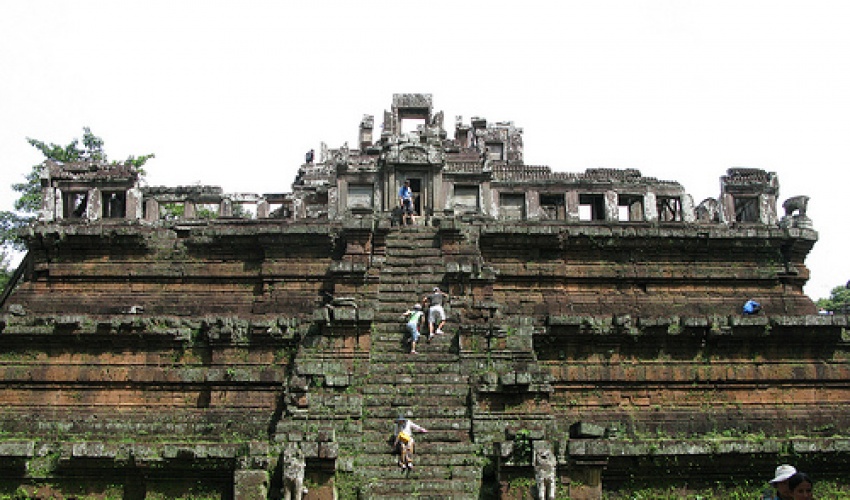 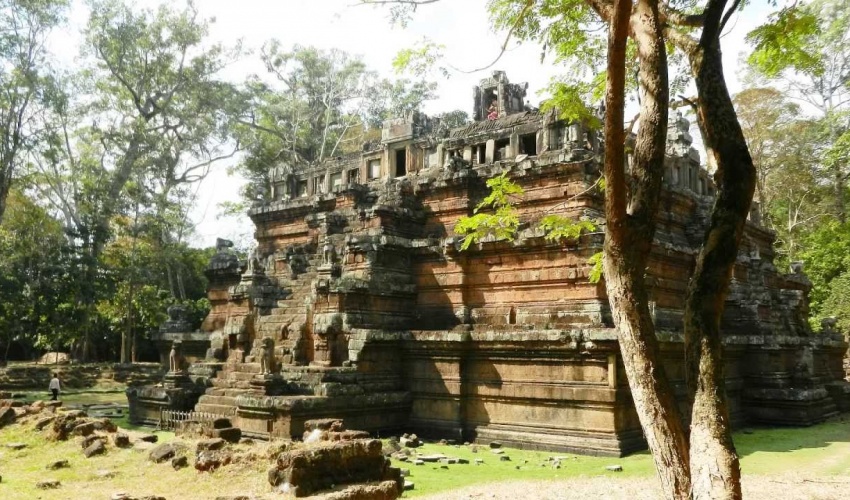 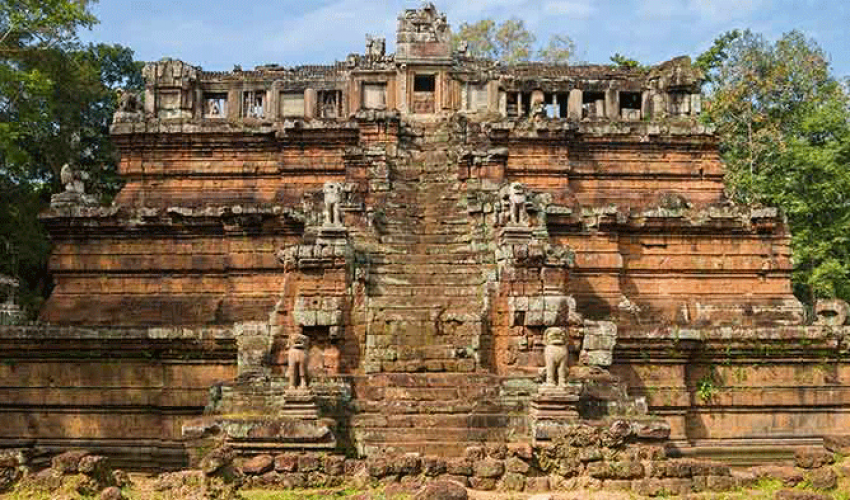 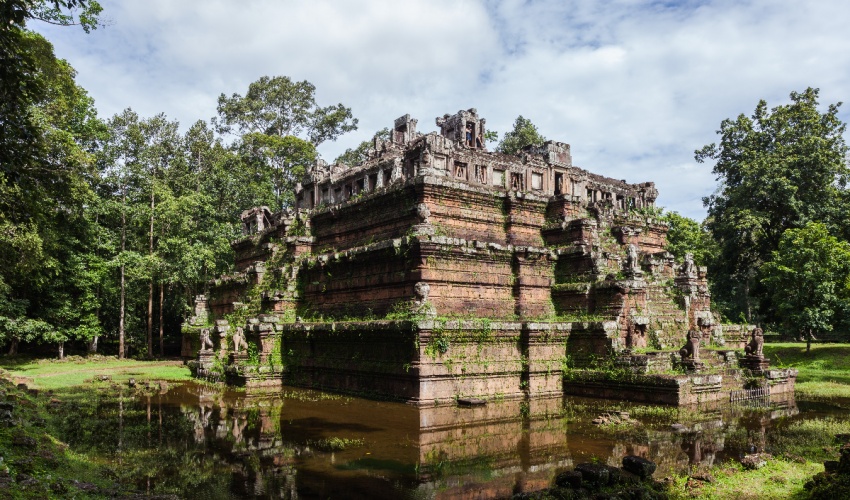 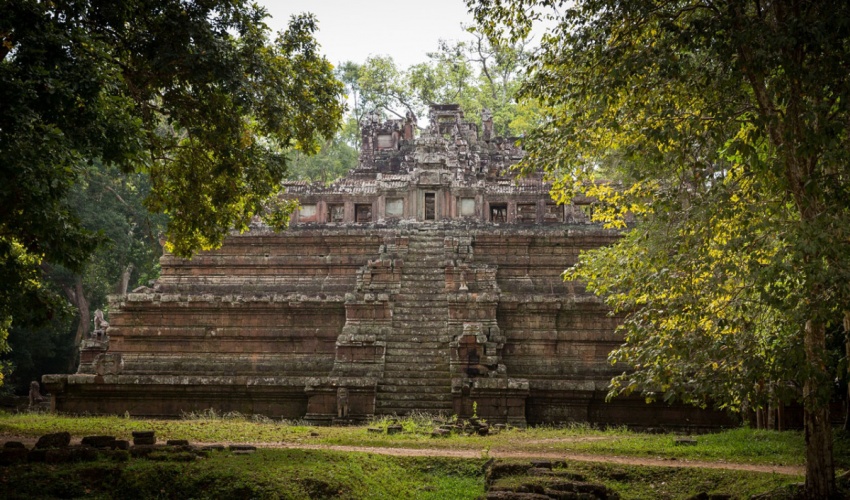 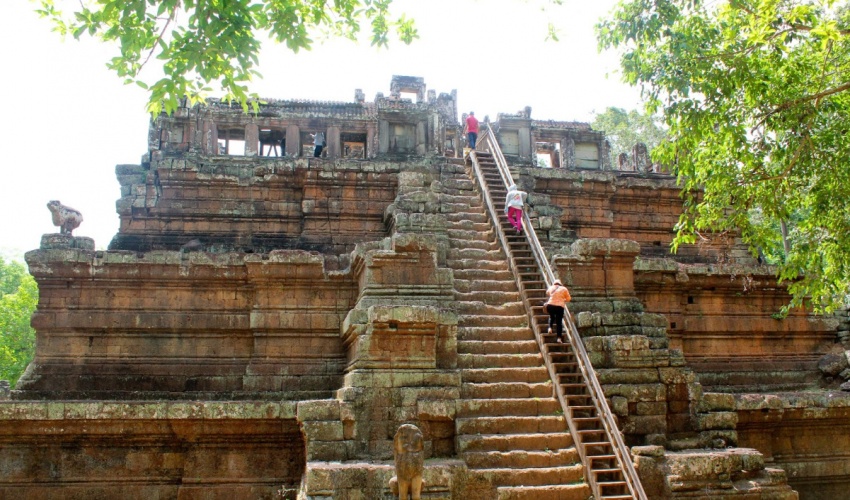 The name 'Phimeanakas' is a derivation of the Sanskrit words 'vimana' and 'akasha' which together mean 'celestial palace of the gods'. In contrast to this illustrious name, the temple itself is a fairly modest edifice measuring 36 x 28 meters at the base and 30 x 23 meters at the top, rising only 12 meters above the surrounding landscape. It was constructed during the reign of Rajendravarman II or Suryavarman I and probably functioned as a private temple for the king and a select group of invitees. Evidence for this is the location of the temple within the royal palace compound, as well as the limited space on the upper terrace which permitted only a single tower (rather than the usual five on other temple-mountains). There was also no causeway leading to the temple, and access to the top level could only be obtained by climbing extremely steep staircases without landings.

The temple is made mostly of laterite though the upper gallery was the first at Angkor to be built entirely of sandstone. When the Chinese delegate Zhou Daguan visited Angkor in the 13th century, he referred to Phimeanakas as a 'Tower of Gold', strongly suggesting that it was gilded. He also relates a legend that the temple housed a nagini--a girl with a serpent's body--which the King was required to bed each night prior to sleeping with his wives and concubines. If he failed to keep his appointment, the kingdom could expect to meet with misfortune. Worse still, if the nagini failed to appear, it was a sign that the king's death was imminent.