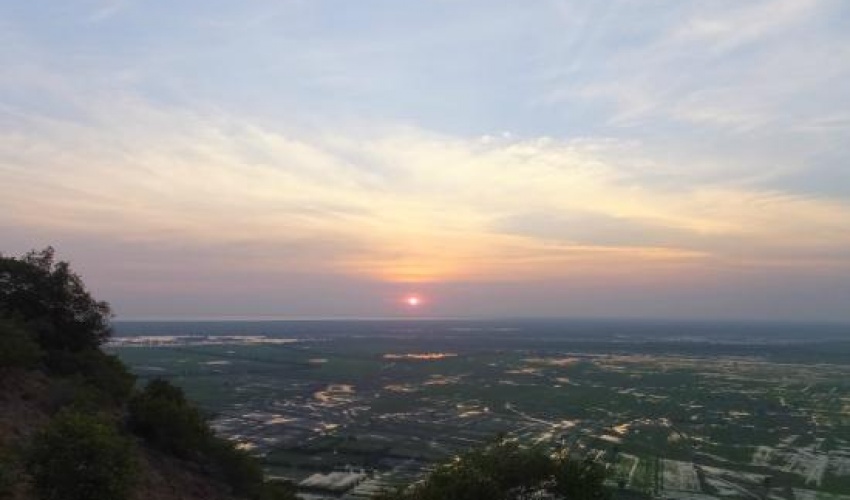 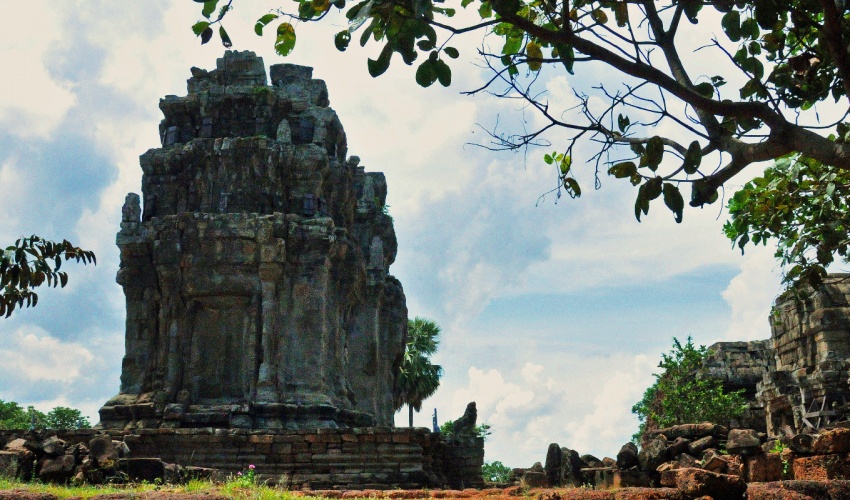 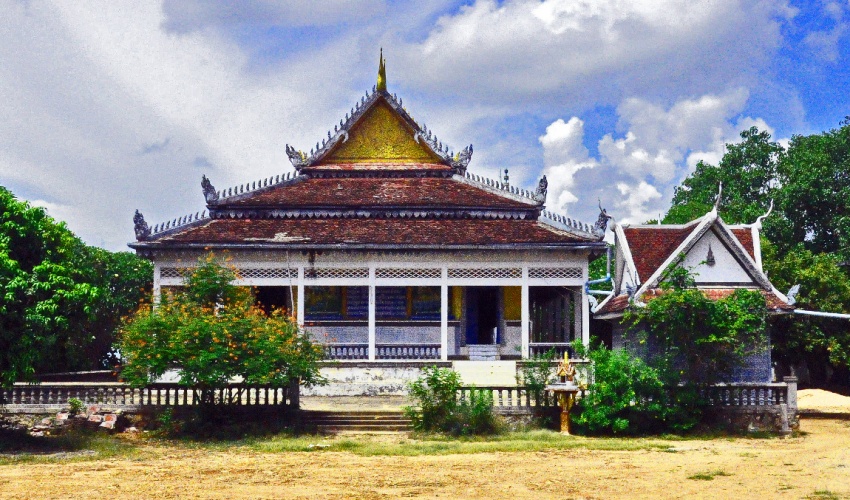 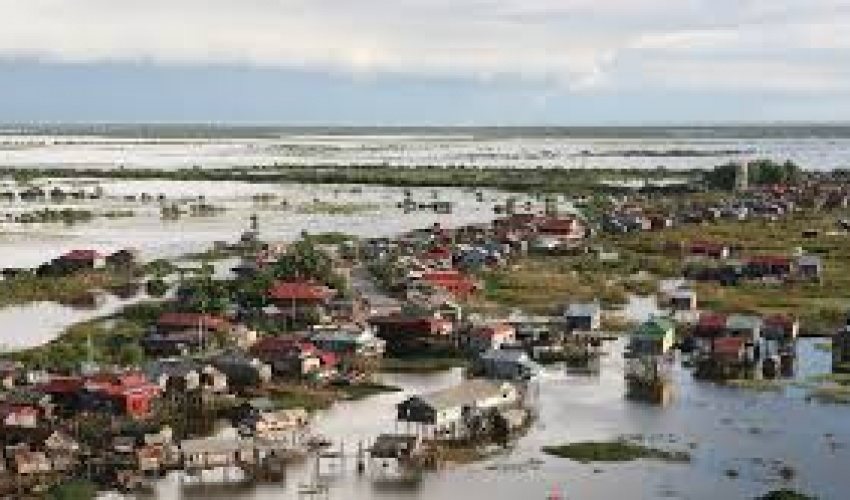 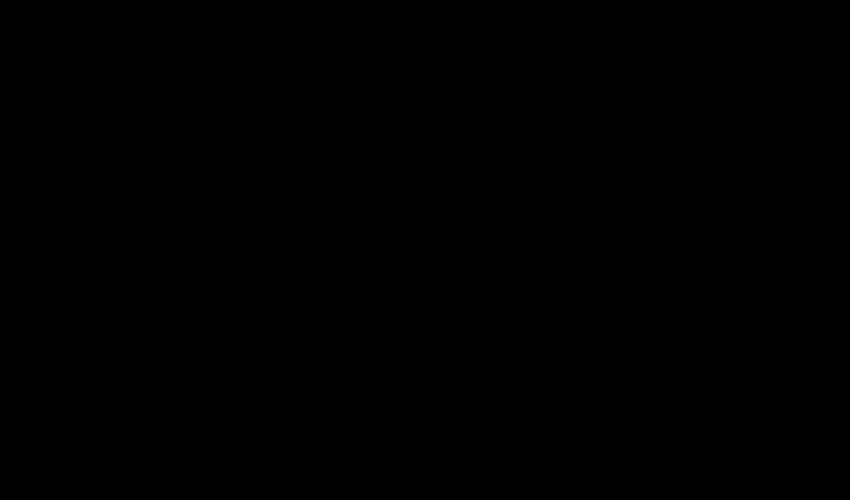 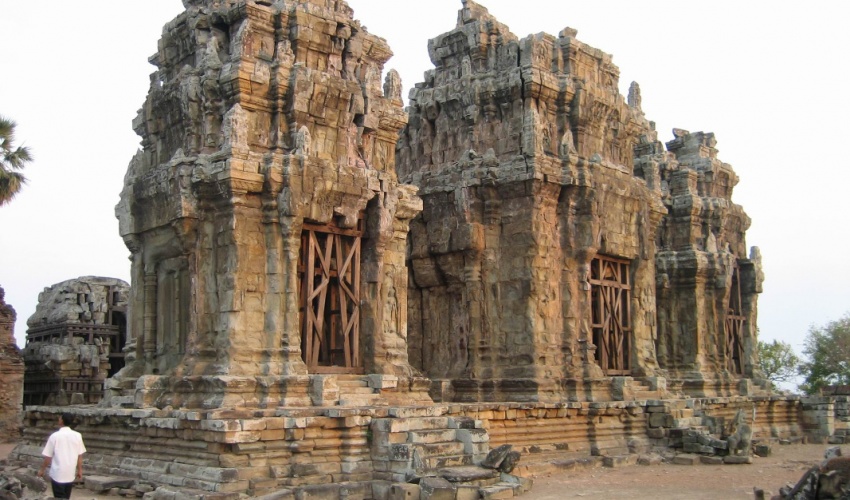 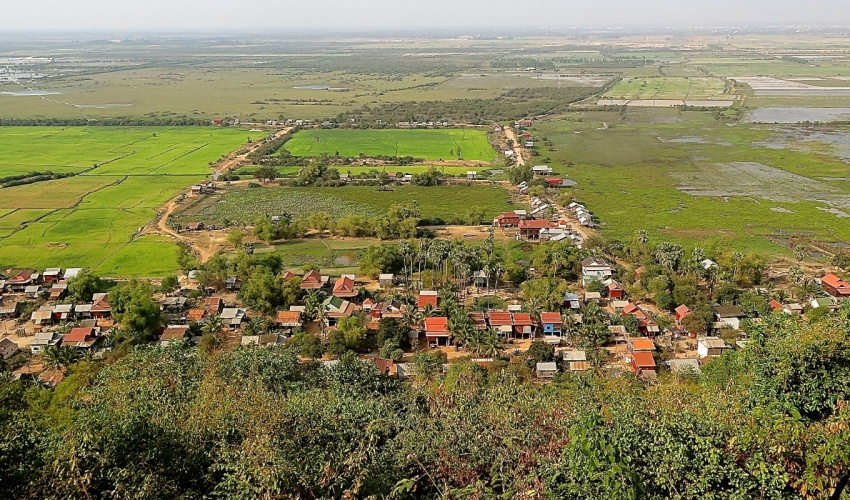 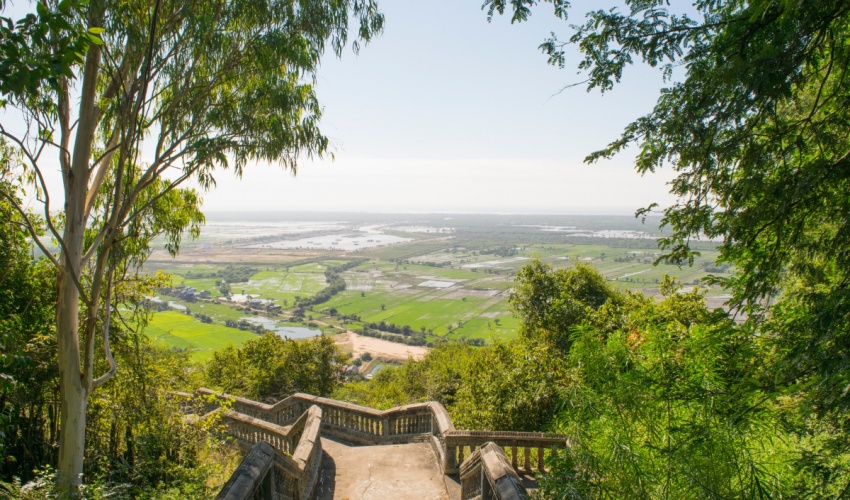 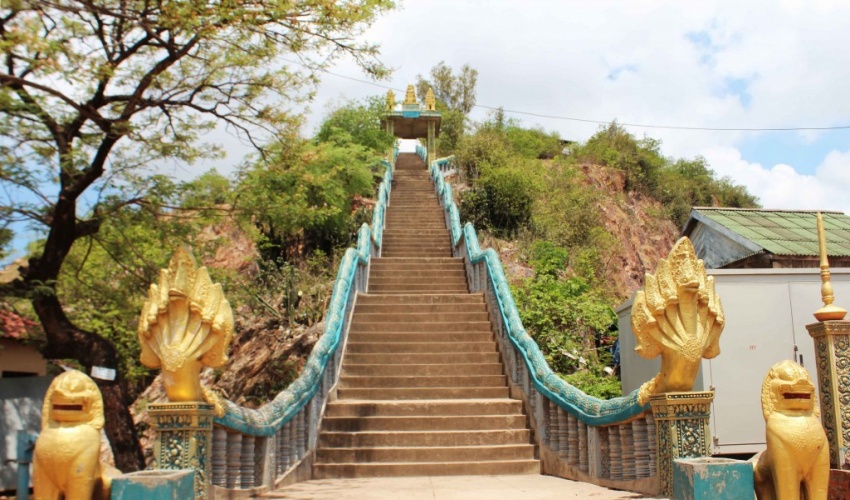 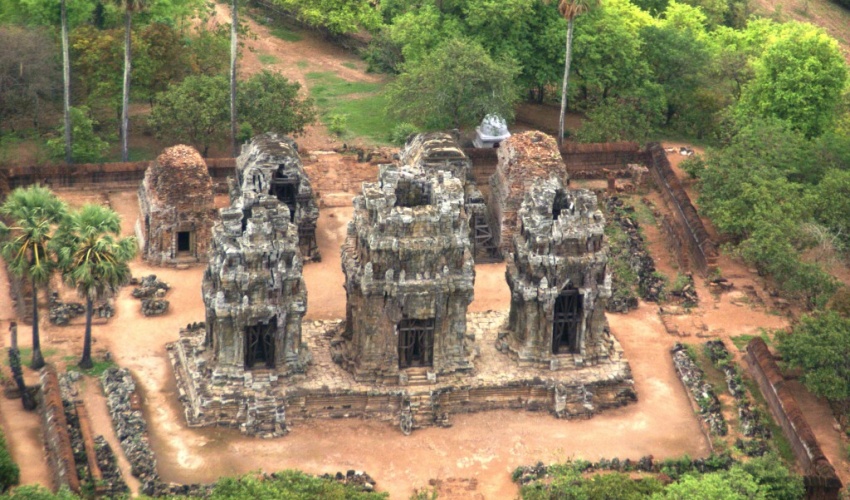 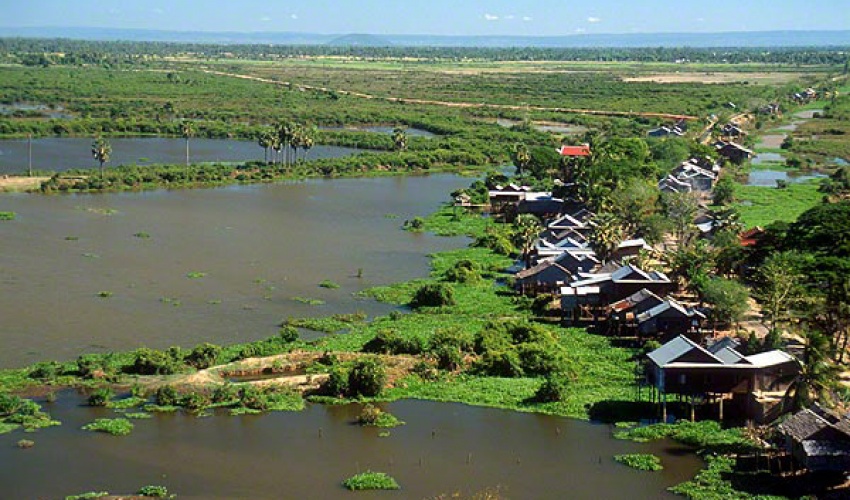 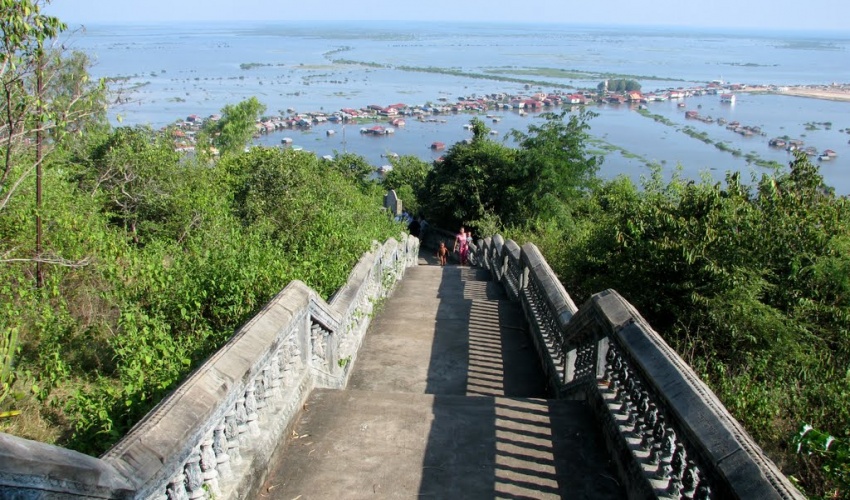 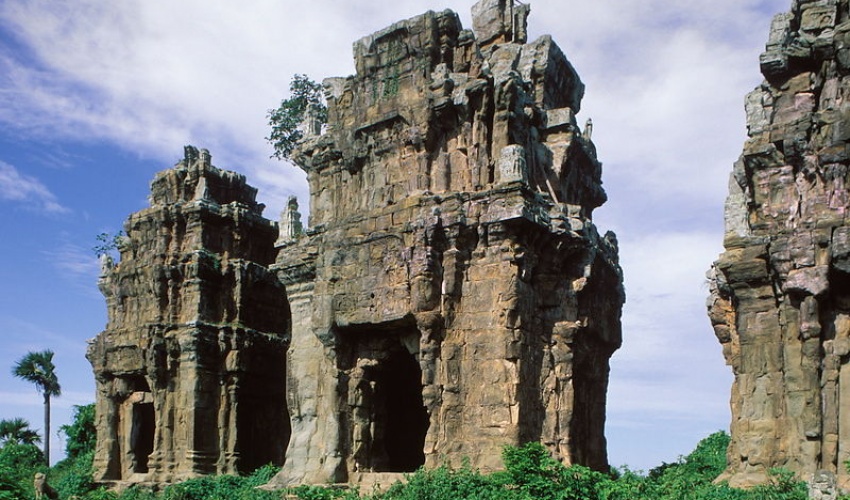 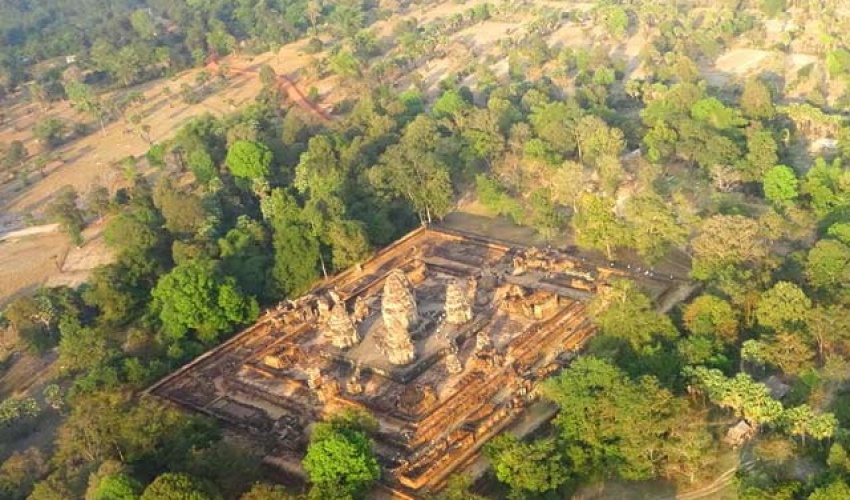 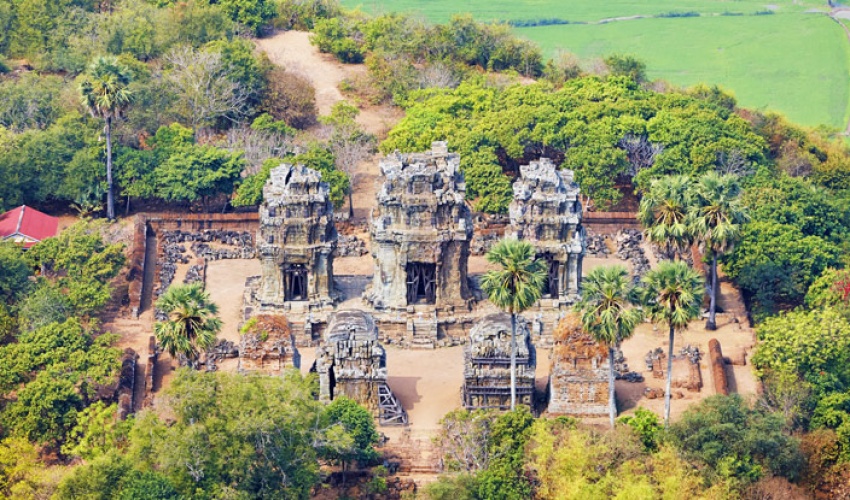 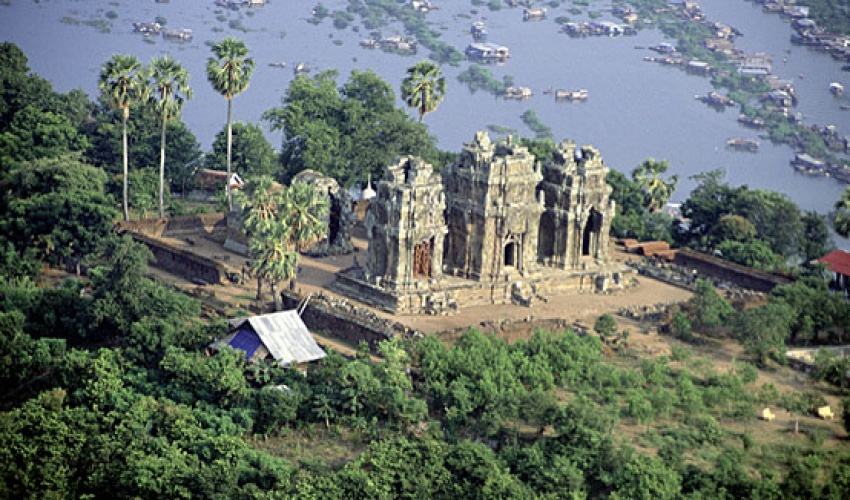 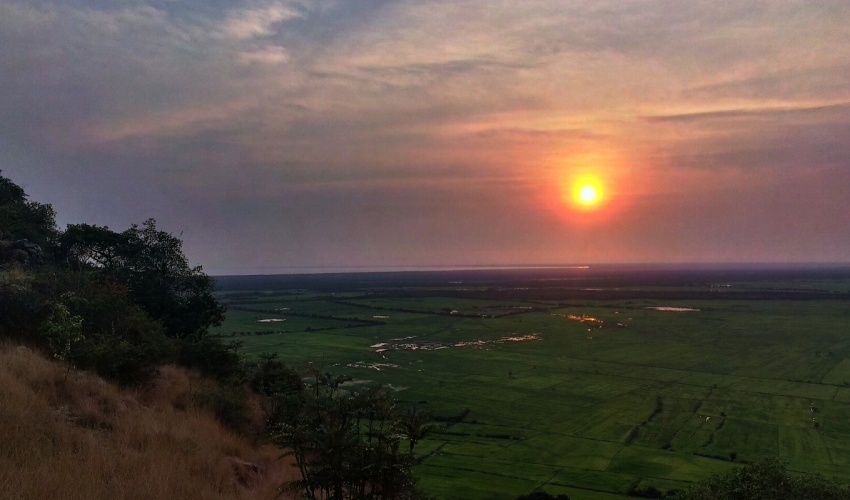 Prasat Phnom Krom is approximately 12 kilometers (7 .4 miles) southwest of Siem Reap near the north end of the Tonle Sap Lake. It is located on a mountain 137 meters (449 feet) highs. Climb the steep stairs and curved curved path through a modern temple complex at the top of the hill. The walk affords a fine view of the lake and surrounding area. It was built in the end of the ninth century beginning of the tenth century dedicated to the Hindu Trinity- Siva, Visnu and Brahma, with following to Prasat Bakheng art style. Yasovarman I built a temple on each of the three hills dominating the plain of Angkor, Bakheng, Phnom Krom and Phnom Bok. The temple of Phnom Krom is visible from the airplane as one fly into Siem Reap.
Phnom Krom is a square plan and consists of three towers in a row situated dramatically on a hilltop. They were dedicated to Siva, Visnu and Brahma respectively.

The upper portions of the towers have collapsed and the facades are very degraded but otherwise they remain intact. The towers are enclosed by a literate wall intersected on each side by an entry tower in the shape of a cross. Three long halls built of laterite (only the bases of which remain) parallel the wall around the courtyard. They probably served as rest houses. Four small building inside the courtyard preceded the sanctuaries. They are similar except that the two at either end are brick and the two in the middle are sandstone. All four have a series of holes in the walls, which suggests they may have been used as crematoriums.
The three central towers stand on a north south axis on a low rectangular platform with molding constructed of sandstone paving over a laterite base. Two sides of the base are intercepted by three stairways with lions on the landings. The towers are square and originally had four recessed tiers on the upper portion. they open to the east and west with false doors on the north south. Traces of decoration remain around the base of the platform near the stairs, on the pilasters, the panels of the false doors, the cornices and on niches in the corners. The upper terrace affords a panoramic view of the Great Lake and the surrounding plain.