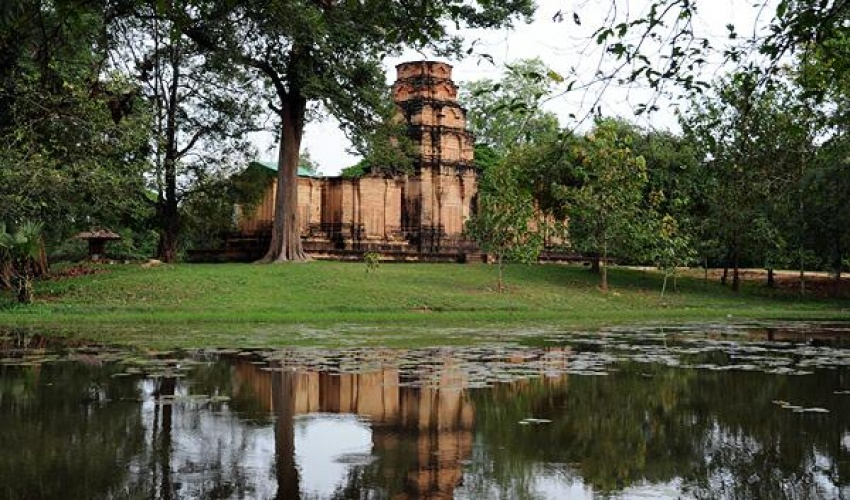 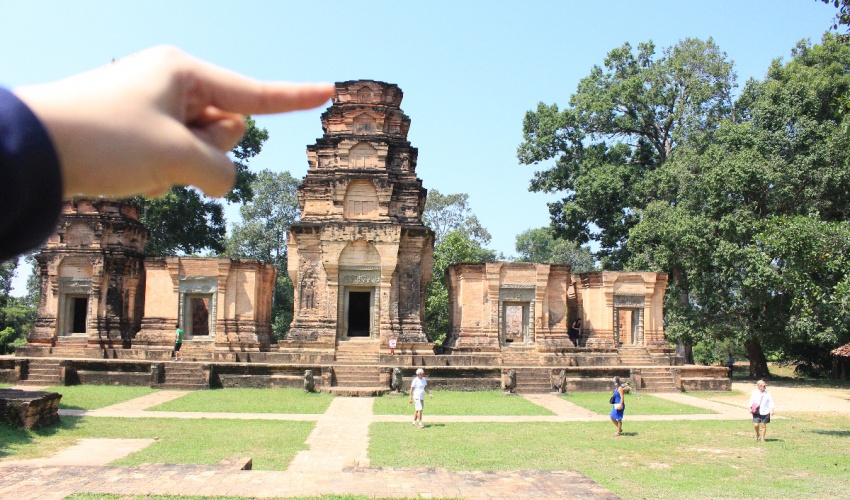 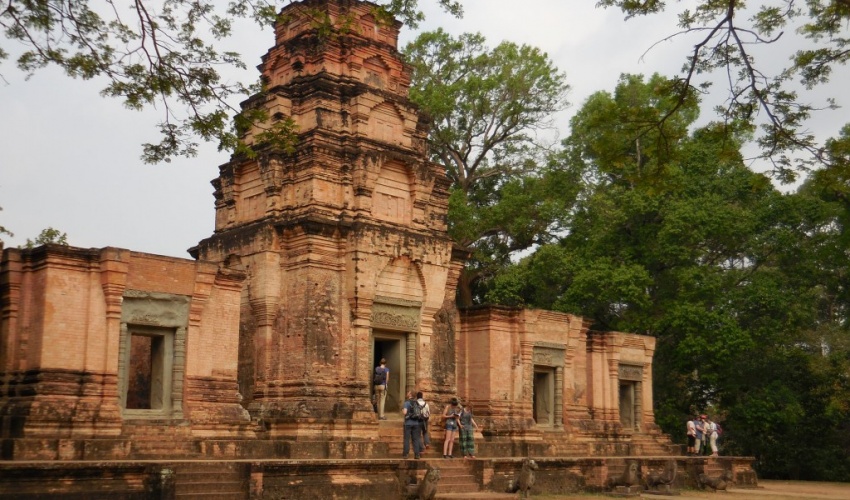 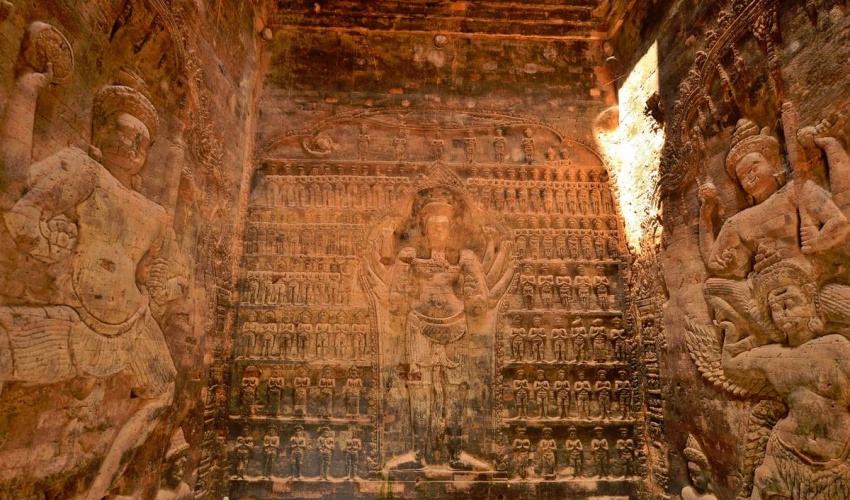 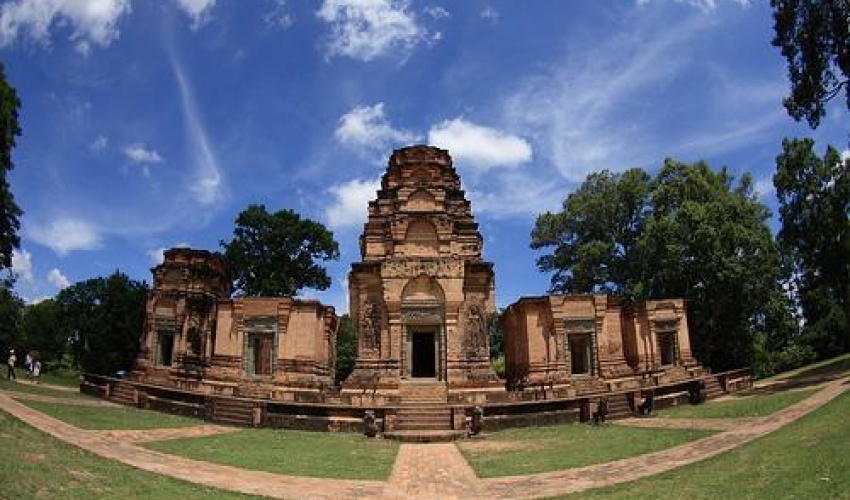 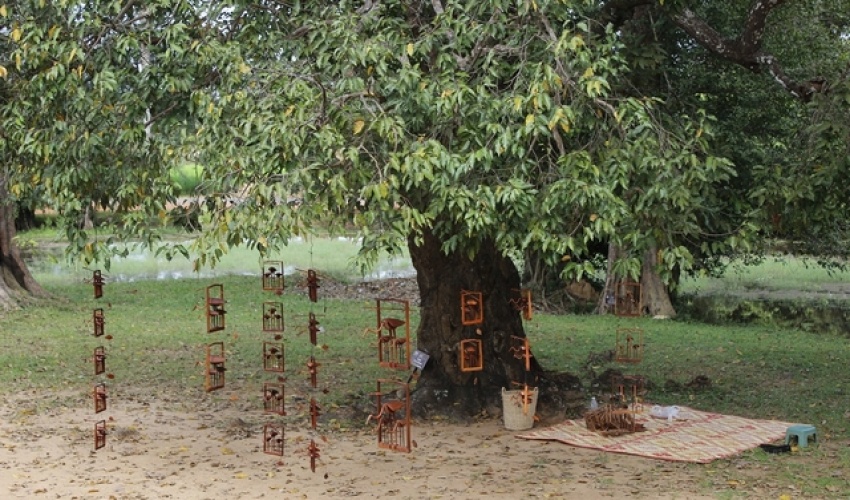 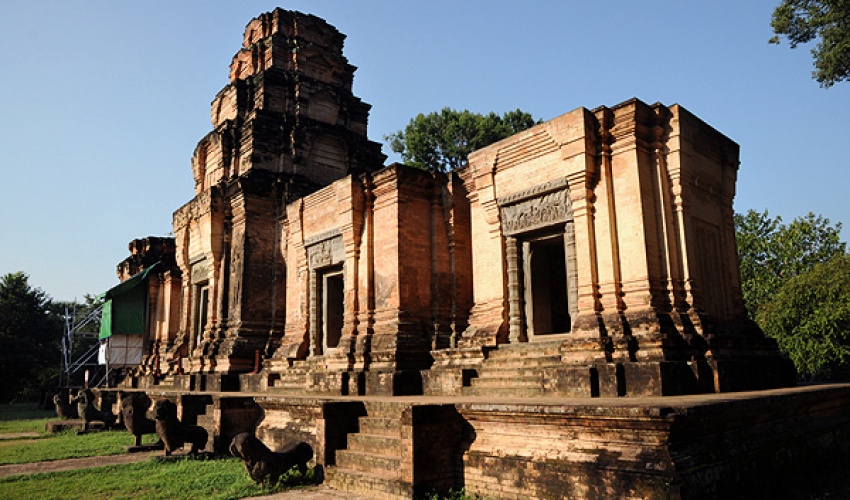 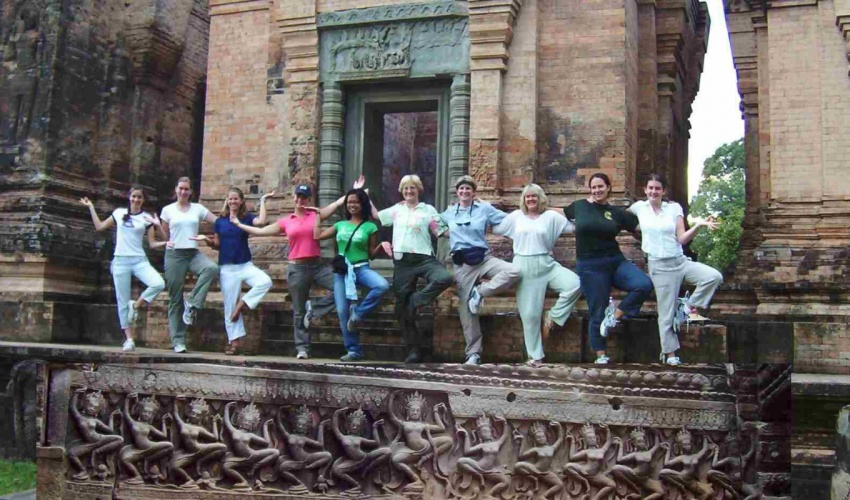 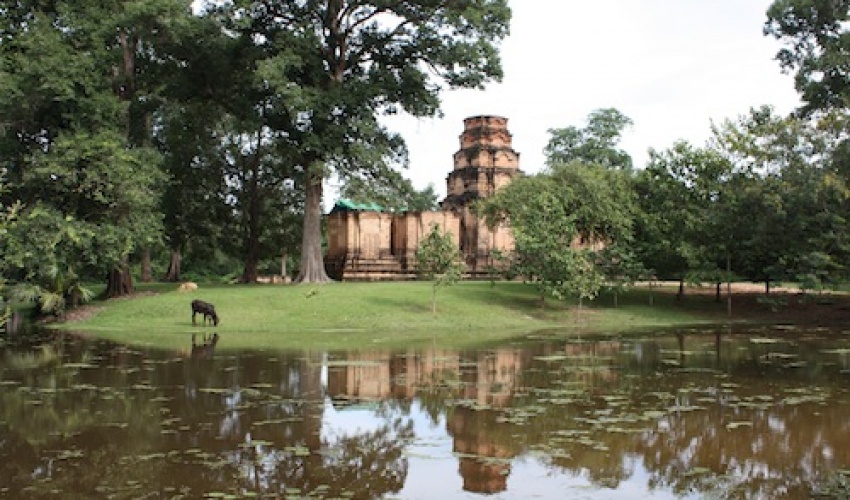 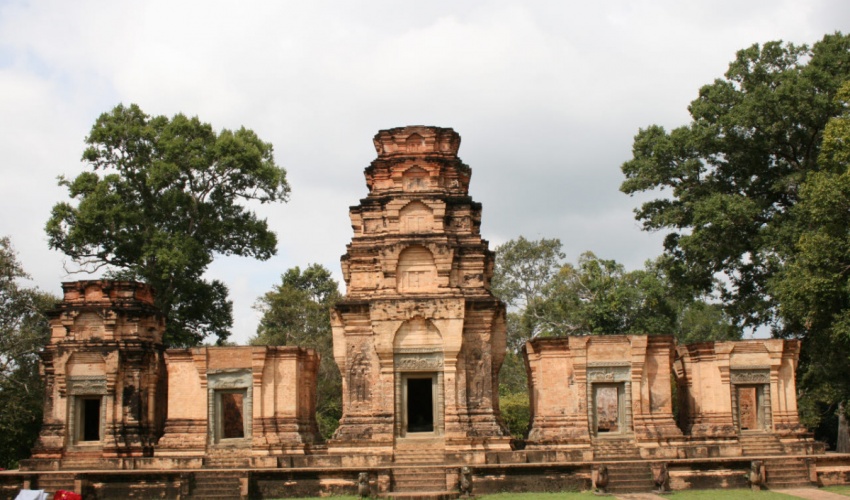 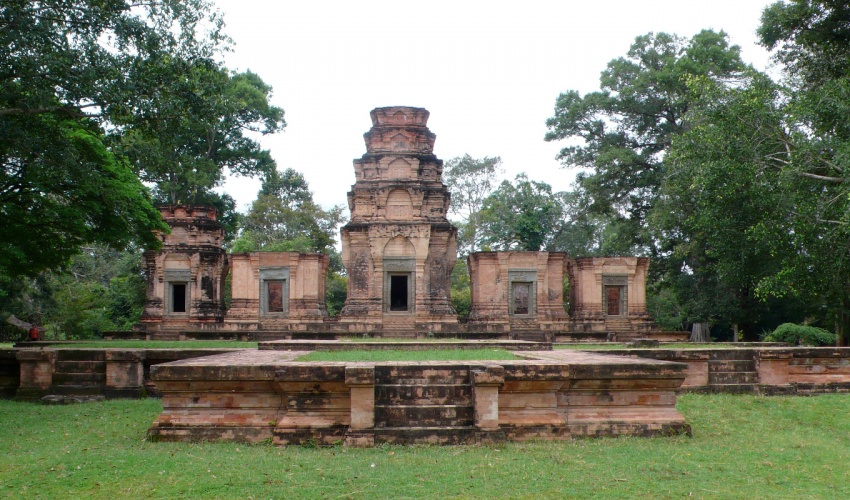 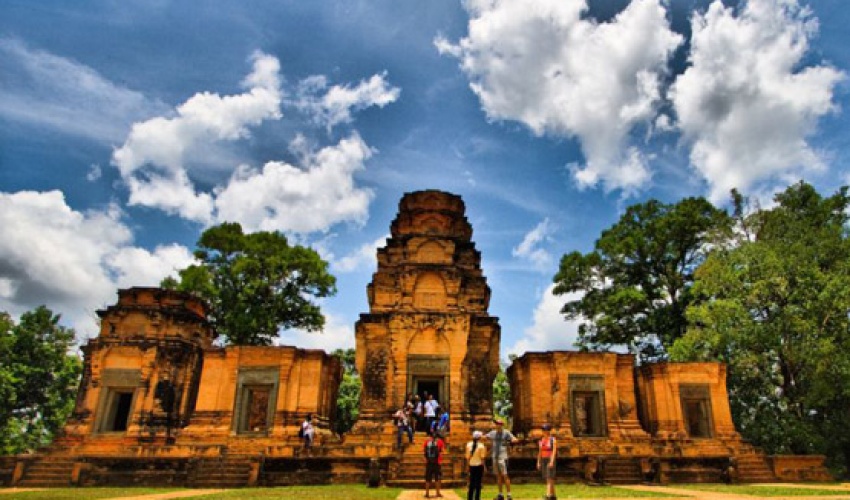 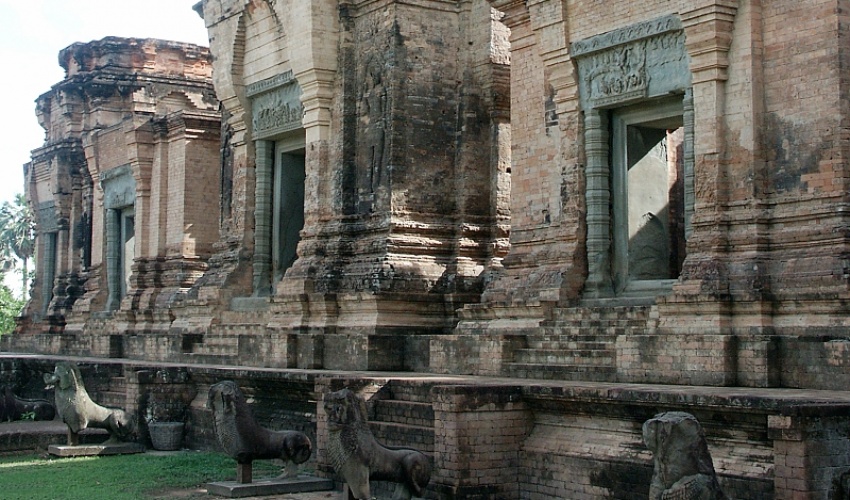 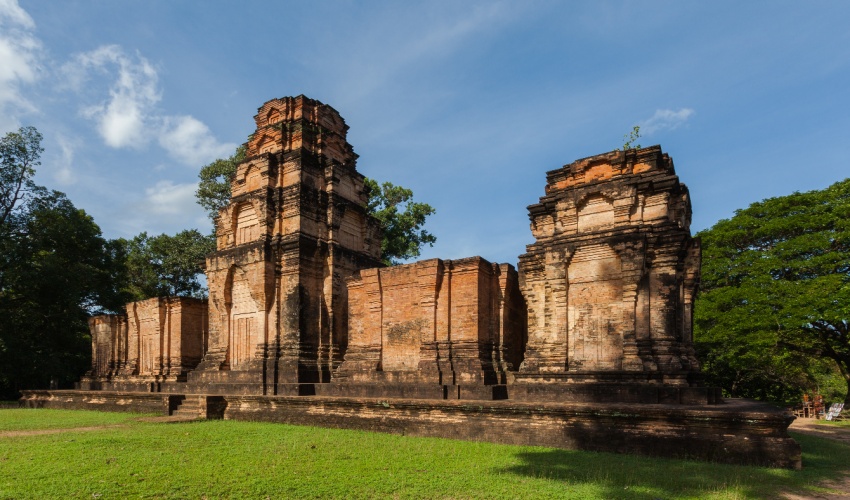 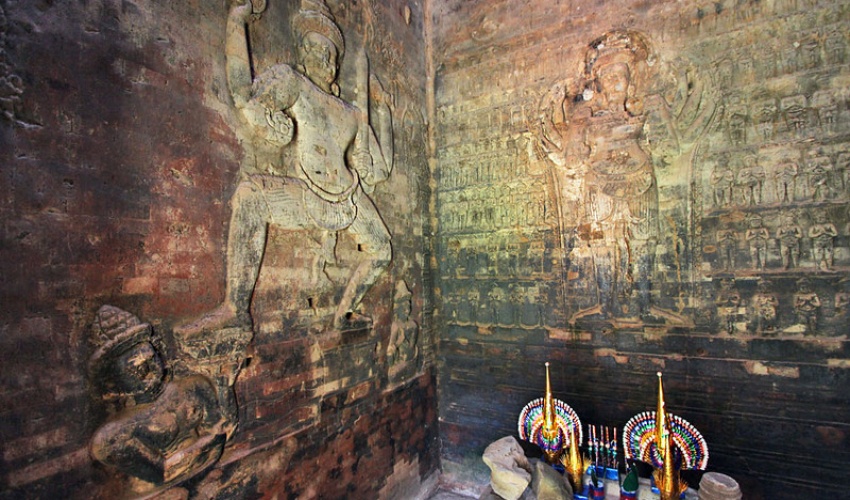 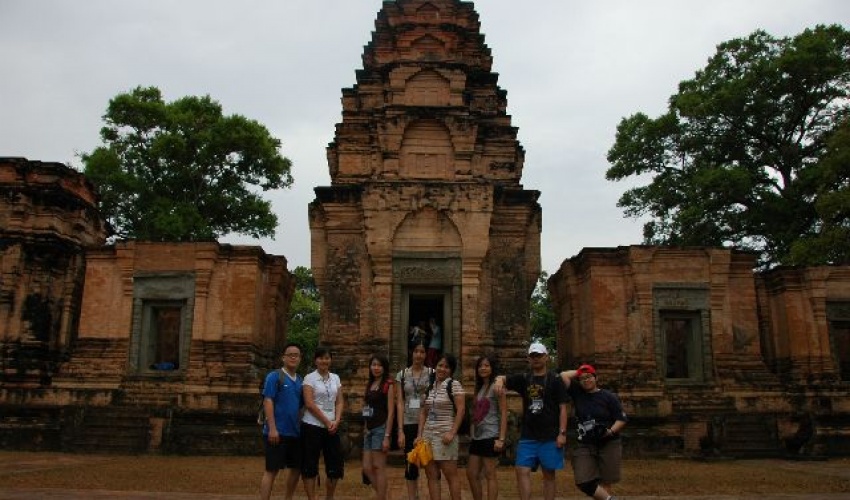 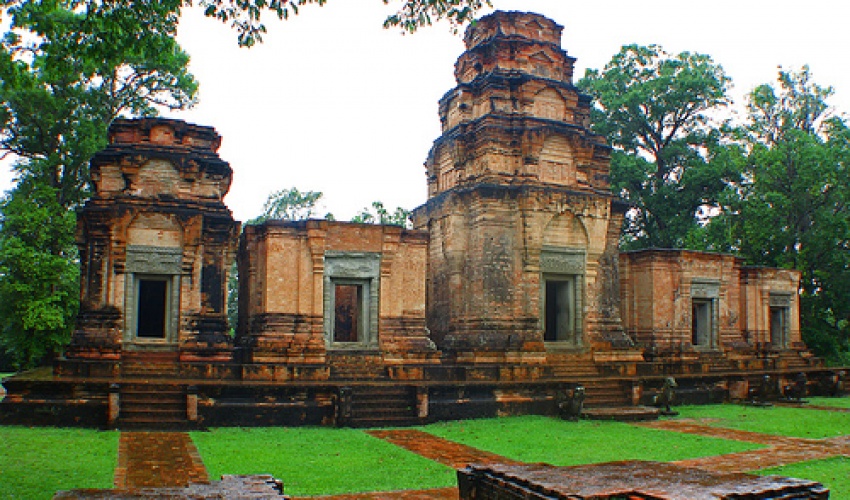 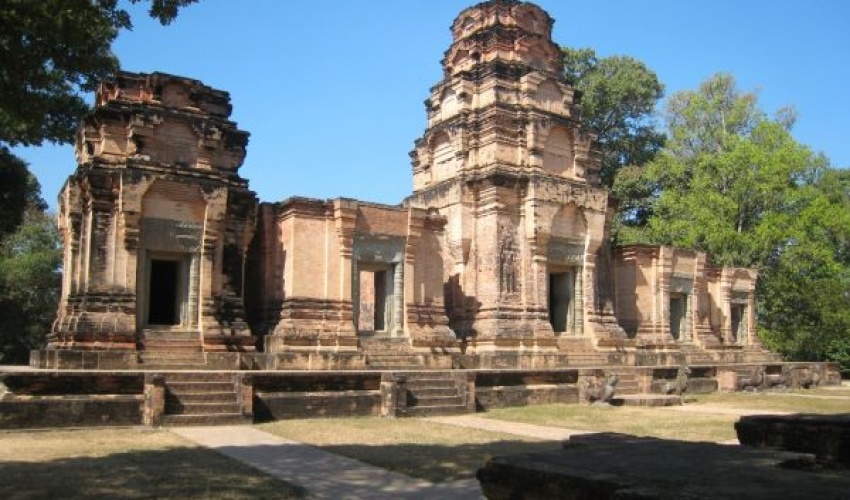 Prasat Kravan is Surrounded by a moat, crossed at the western side by a small access causeway, the five brick towers are set quite closely, built on a single terrace and open to the east. The brickwork has been constructed with care - the mortar-less joints, which have only a thin vegetal binder, remain absolutely tight. In the early to mid-60s, this monument was extensively restored by the Ecole Française d'Extrême-Orient. Replacement bricks marked with the stamped letters 'CA' can be seen placed at intervals throughout the monument. Externally, the eastern side is decorated with dvarapala set in shallow niches, while the door panels are decorated with chevrons and small framed figures. Only the door frames, lintels with its line of small heads set in a frieze above and the octagonal banded columns are in sandstone. An inscription on the door jambs mentions the placement of a statue of Vishnu in 921AD.

At Kravan, the visitor can view bas-relief sculpture on the interior brickwork of the sanctuaries. In the central sanctuary chamber, to the left of the entrance can be seen a large figure of Vishnu with his right foot placed on a lotus pedestal supported by a kneeling figure. To the right, there is a second representation of Vishnu mounted on the shoulders of Garuda. The central wall portrays Vishnu with eight arms framed by six rows of standing figures. The northern tower is also sculpted with figures representing Laksmi, the wife of Vishnu. The three remaining towers have undecorated walls.