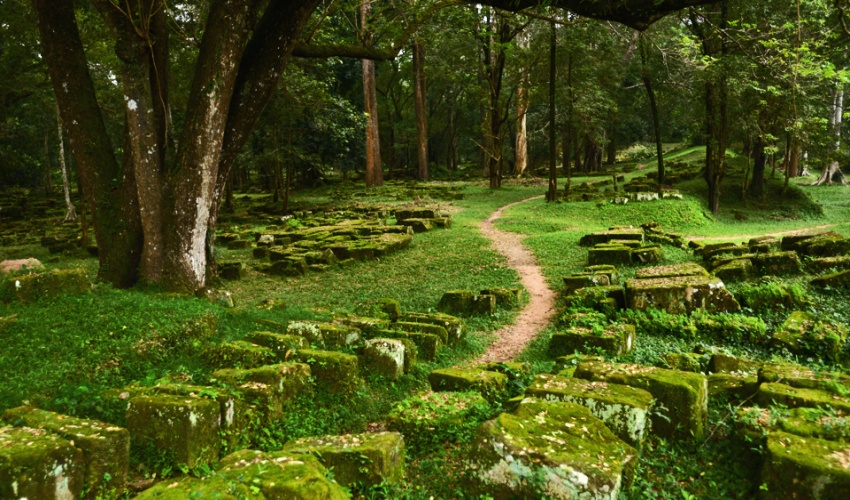 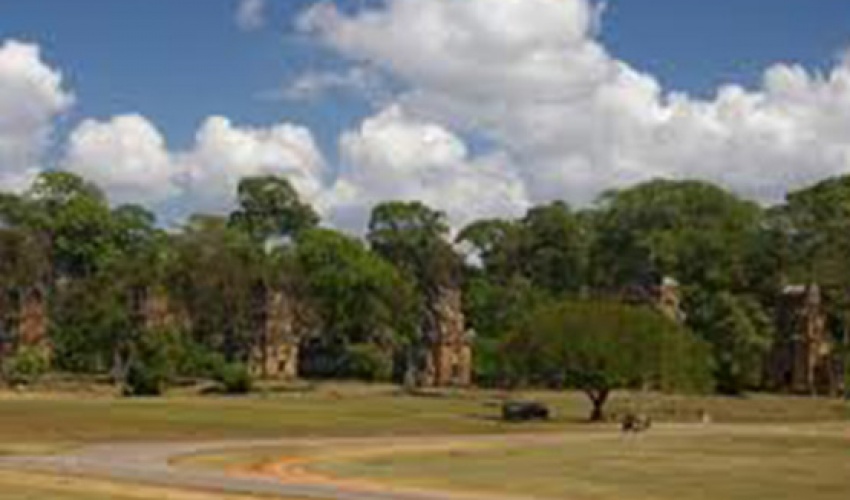 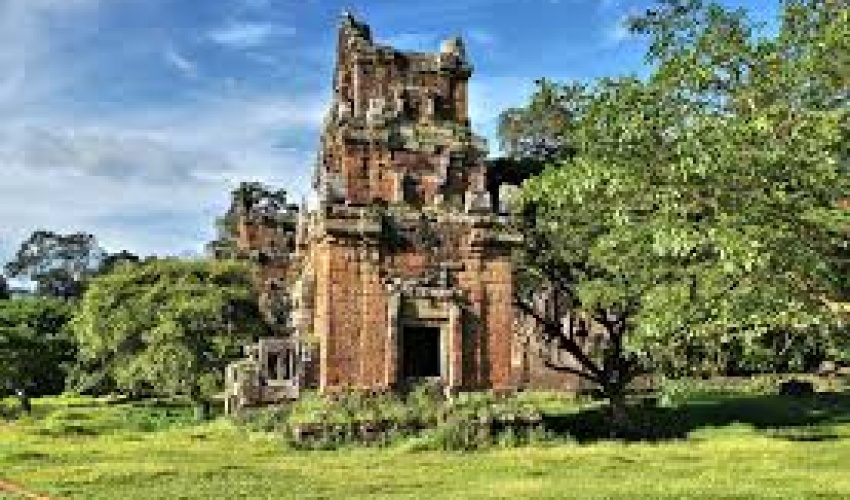 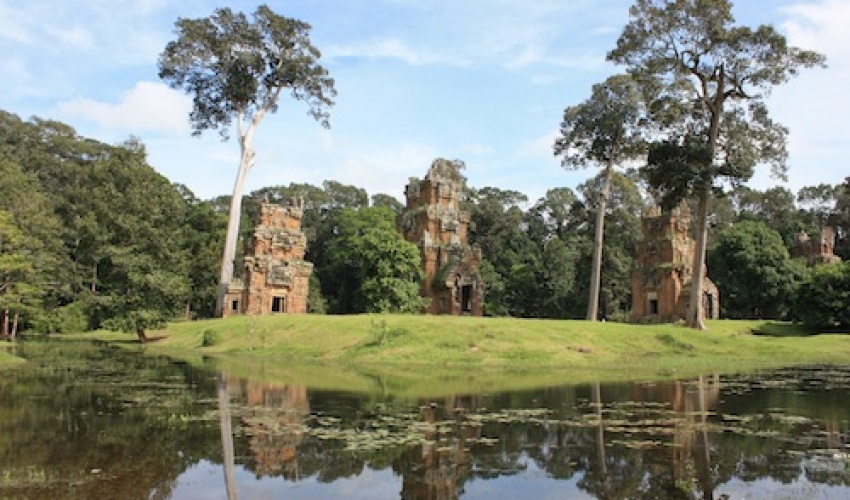 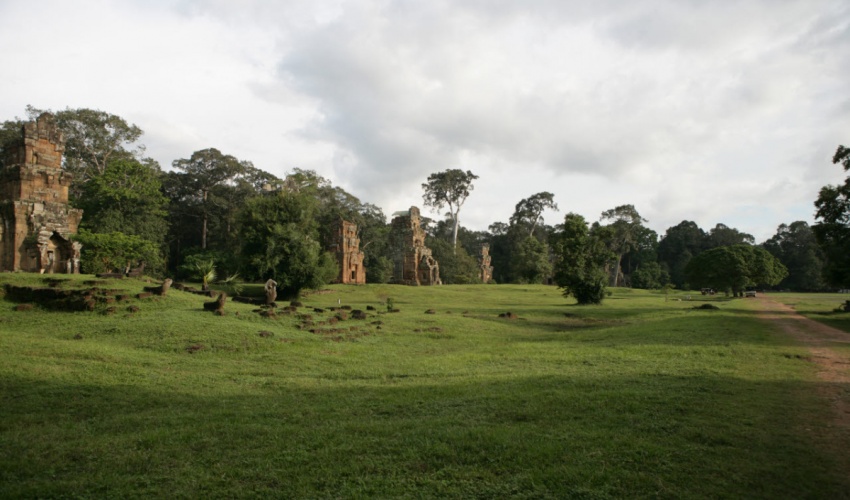 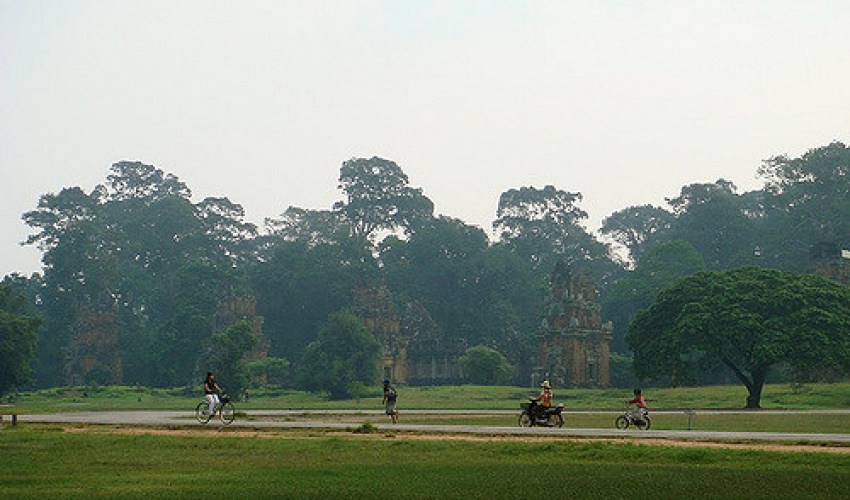 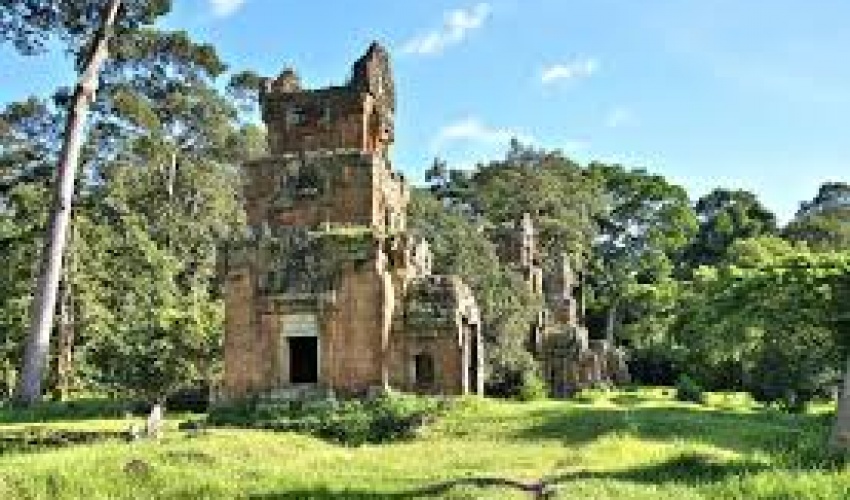 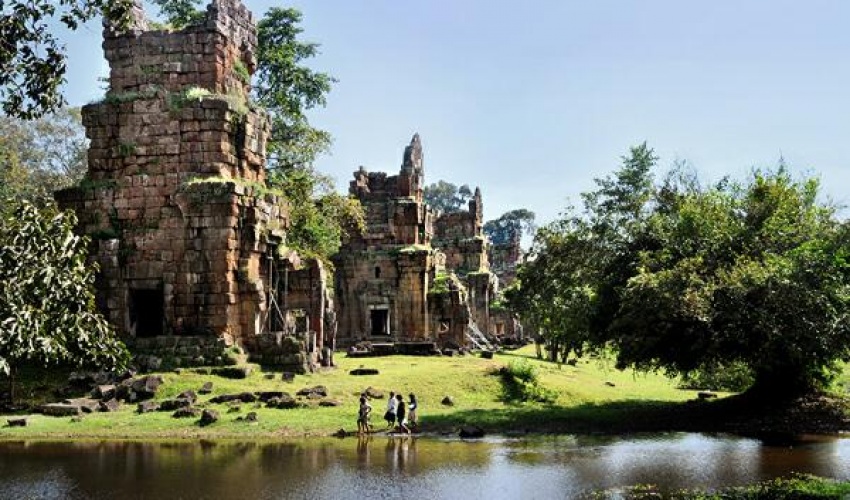 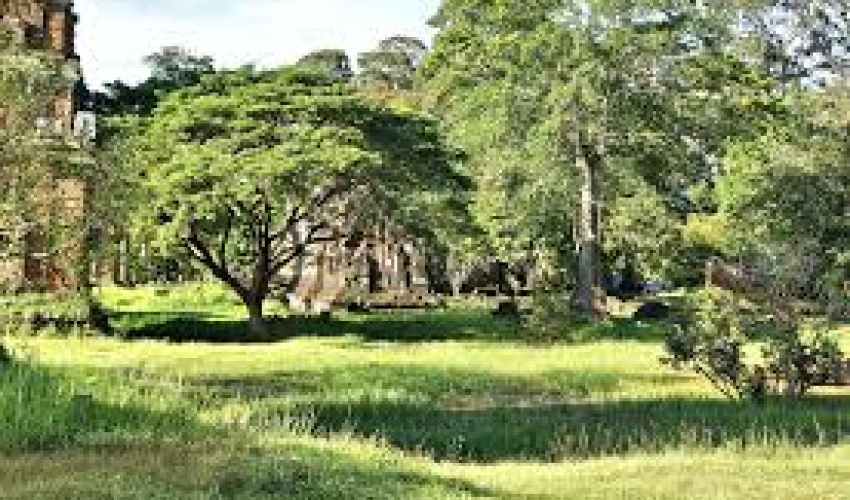 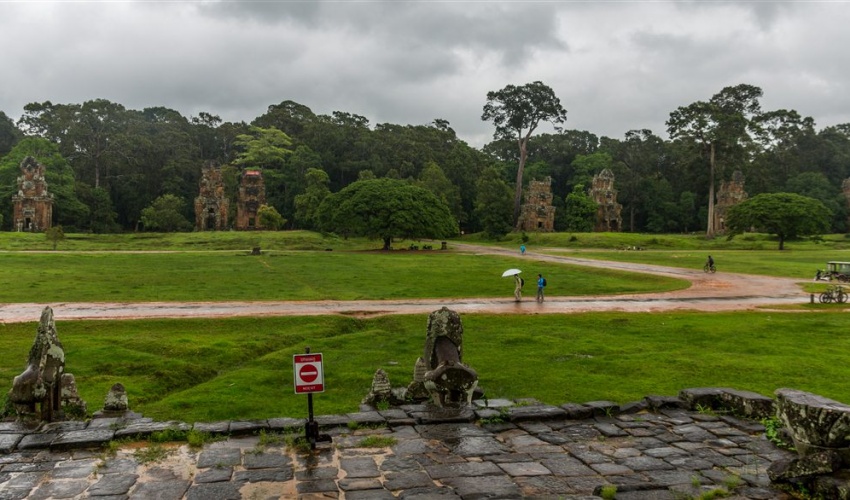 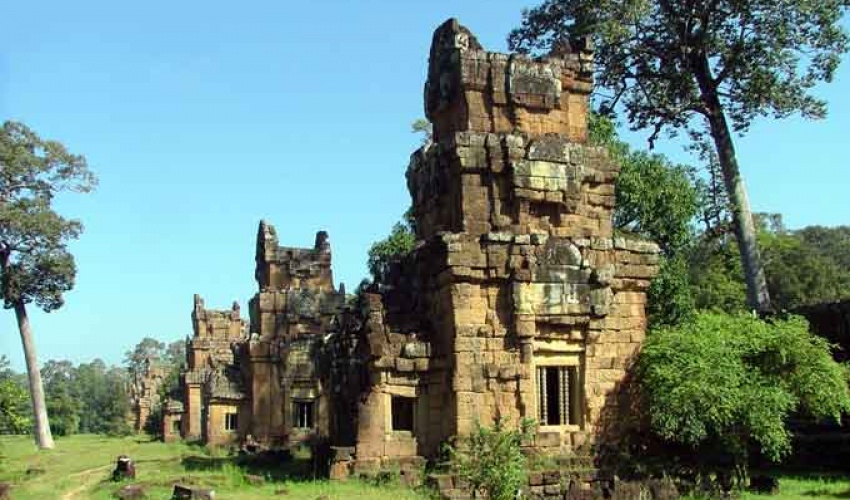 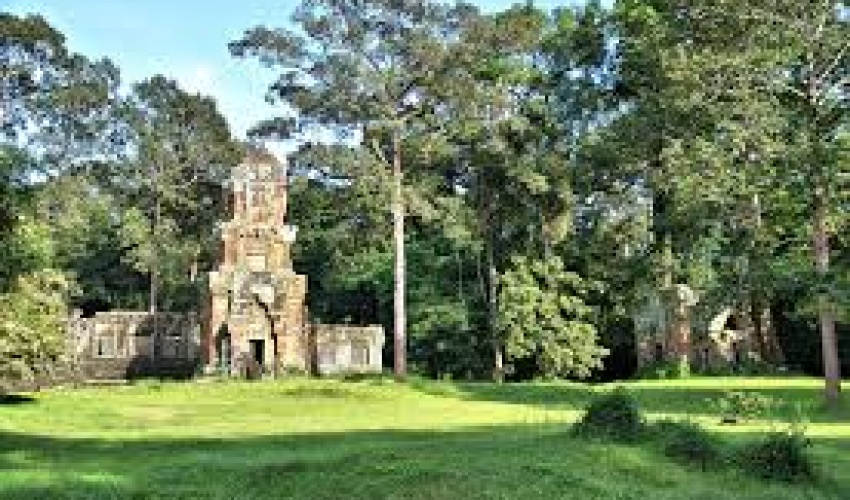 The Prasats Suor Prat are the twelve rugged looking towers in laterite and sandstone which line the eastern side of the royal square in Angkor Thom and the start of the road leading to the Victory Gate, on either side of which they are symmetrically arranged. Their function remains unknown, since their romantic name, which corresponds to the local belief that they were used to support a high wire stretched between them for acrobatics during certain festivals, is probably irrelevant. The explanation of their use given by Tcheou Ta-Kouan, though picturesque, is also hardly adequate:- "In front of the palace there are twelve small stone towers. When two men dispute over some unknown matter, each of the contestants is forced to sit in one of them while the relatives stand watch at the base. After three or four days, he who is wrong shows it by suffering some illness - ulcers, or catarrh, or malignant fever - while the other remains in perfect health. Thus right or wrong is determined by what is called 'divine judgement'..."

The character of these towers is all the more puzzling since, with balustered windows on three of their sides, they do not correspond to the usual form of sanctuary, even though several statues were found there during clearing works. Their exact use remains therefore a mystery.
Square in plan, they were built in laterite, crudely finished inside and have two upper tiers, the higher of which is covered in a barrel-formed vault and has two gable ends. Only the frames of the openings, the lintels and the frontons are in sandstone, though they remain in rough form with only some of the frontons having the sketched outlines of nagas' curves mounted on flaming leaves and foliated scrolls decorated with the small lions which are typical of the 12th century. There is no trace of any plaster, and the collection gives the impression of being unfinished, which is only typical of later buildings. Antefixes sculpted with ascetics or nagas - which are not so typical - have been found in several places. The entrance doors, opening towards the royal terrace and the road to the Victory Gate and situated at a lower level than the interior of the towers, have been adjusted during the forming of a kind of raised terrace which partially blocked them for the length of the square. This embankment must have been formed at a later date.
On either side of the road leading to the Victory Gate, in a corner defined by the Prasats Suor Prat, is a large pool of 80 metres by 60 bordered with steps. Behind the southern is a well-preserved Buddhist terrace, modified to take the large statue of the "Buddha-King", discovered by Mr Trouvé in 1933 down the central well of the Bayon.