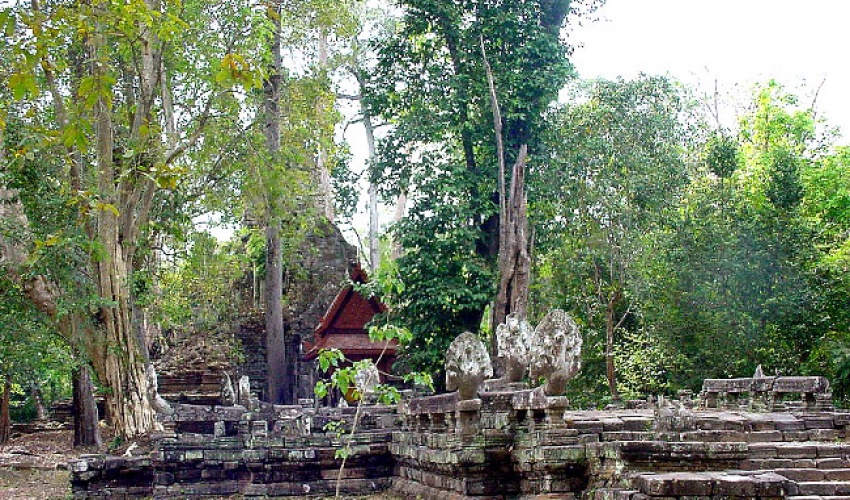 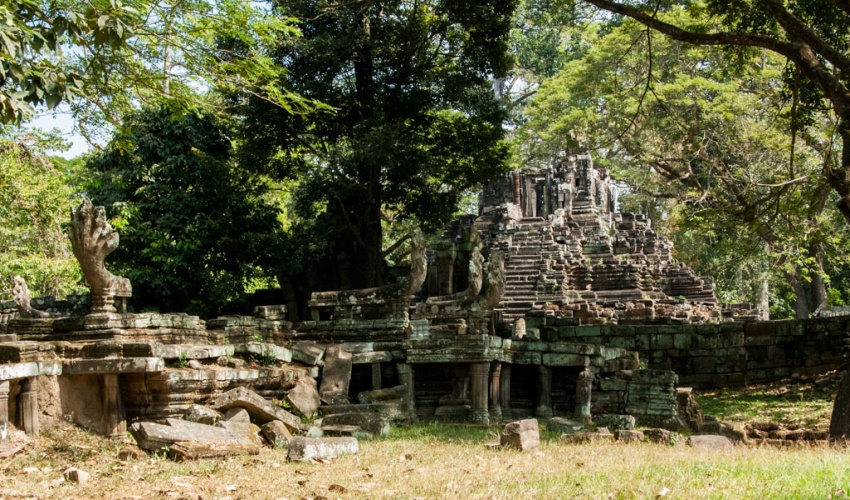 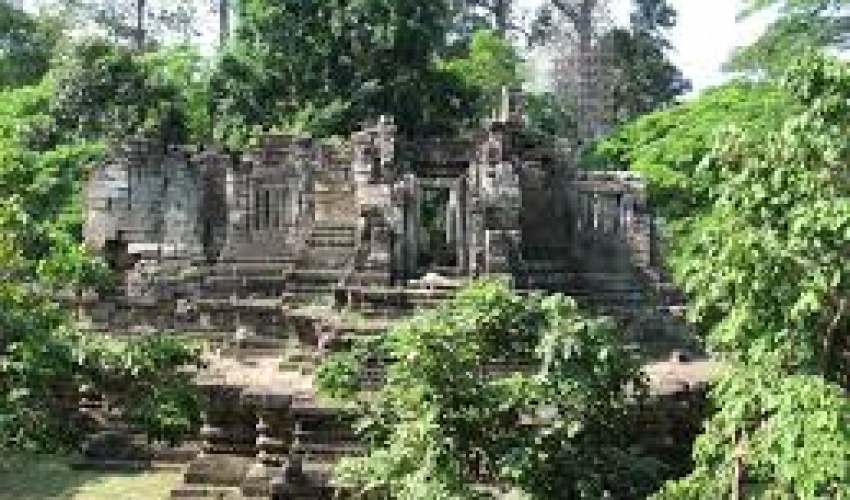 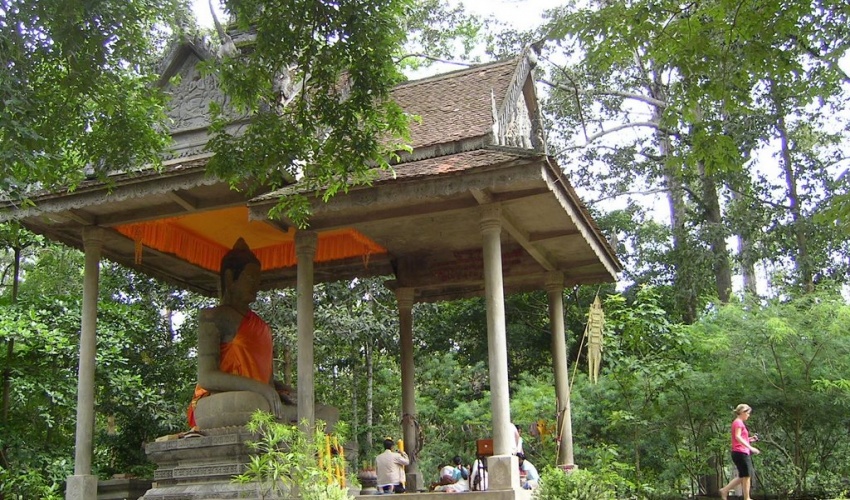 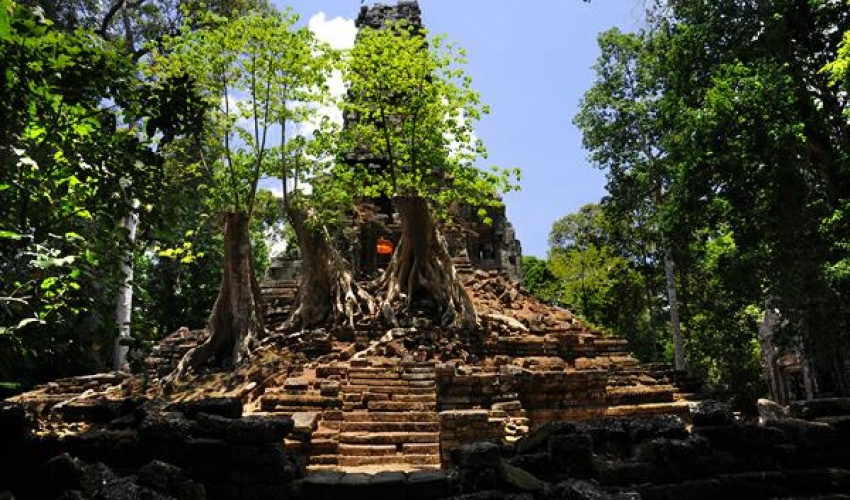 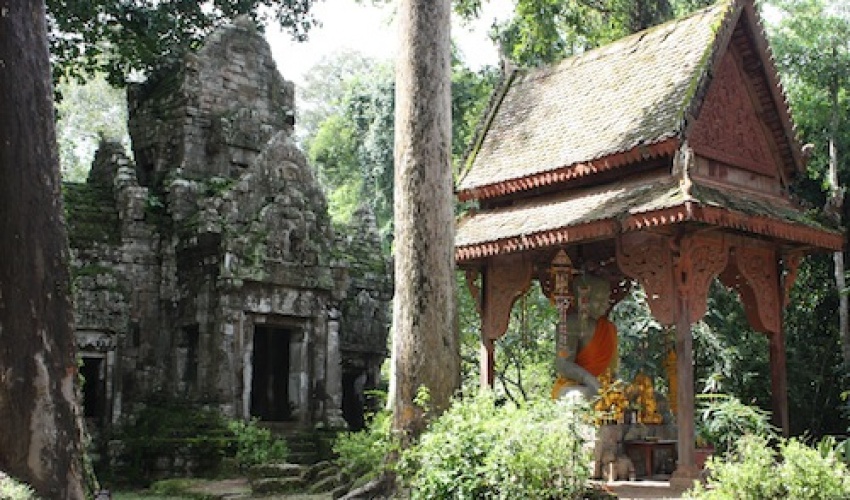 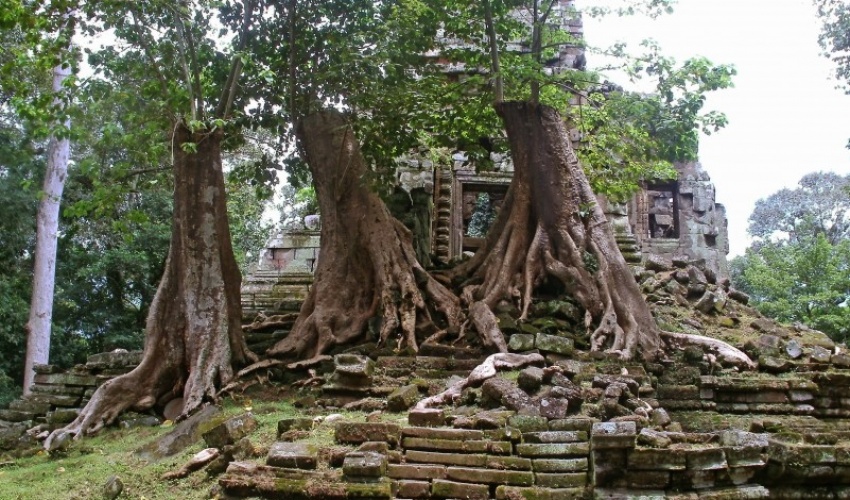 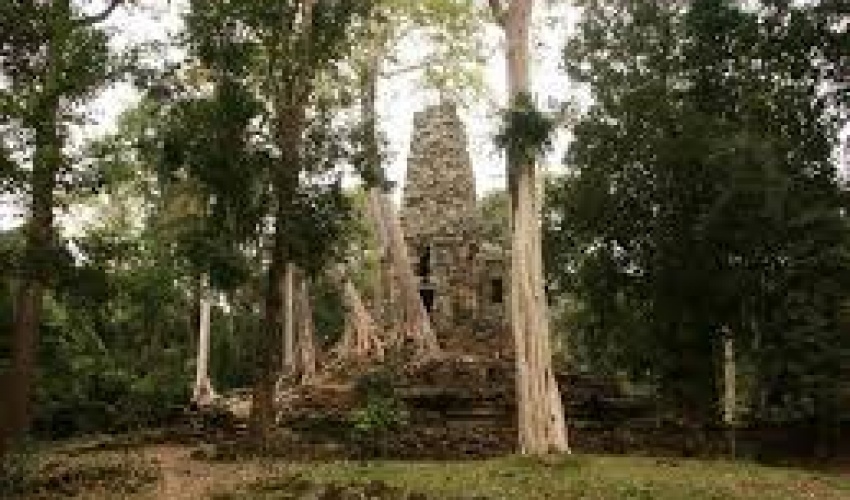 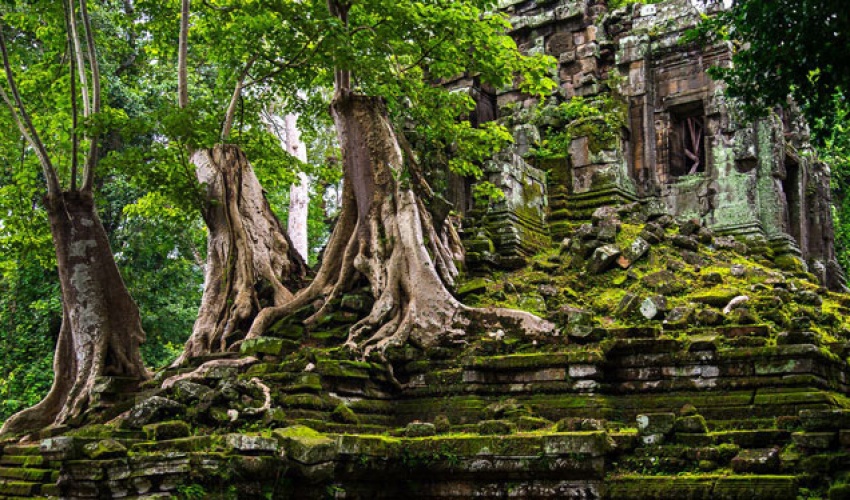 Preah Palilay is located at North of Phimeanakas and enter and leave the monument from the east. Built in Middle to last half of the 12th century by King Jayavarman VII. This temple dedicated to Buddhist and art style of Angkor Wat.
Tip: The jungle around Prah Palilay is peaceful. Leave Tep Pranam and walk to rah Palilay, then around the temple.
The presence of Buddhist monks and nuns at this temple give it a feeling of an active place of worship. Lintels and pediments lying on the ground at the sides and back of the temple afford a rare opportunity to see relief at eye level. Many depict Buddhist scenes with Hindu divinities.
A large seated Buddha in front of the temple of Prah Palilay is of a recent date. A terrace in the shape of a cross precedes the temple and stands as an elegant example of the 'classic 'period of Khmer art. Serpent balustrades terminating with a crest of seven heads frame the terrace. A causeway joins the terrace to the entry tower at the east set in the enclosing laterite wall, of which only parts remain.

The entry tower is in the shape of a cross and has three passages and a cylindrical vault with a bouble pediment. The pediments of the pediments of the entry towers are modeled with Buddhist scenes. The lintel on the east side of the entry tower depicts a reclining Buddha and the pediment on the south side has a finely carved seated Buddha; the pediment on the north has an uncommon depiction of a standing Buddha with his hand resting on an elephant.There are remains of two guardians (decapitated) on the east and two lions on the ground between the terrace and the Central Sanctuary
Only the Central Sanctuary of Prah Palilay remains intact. The sandstone tower opens on four sides, each one of which has a porch. The tower stands on a base with three tiers and has a stairway on each side. On the upper portion there is a truncated pyramid that forms a sort of chimney, which is filled with reused stones.