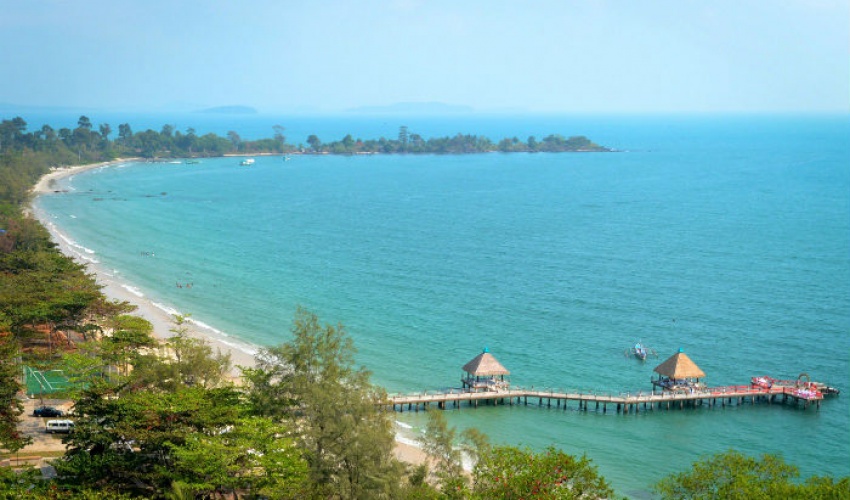 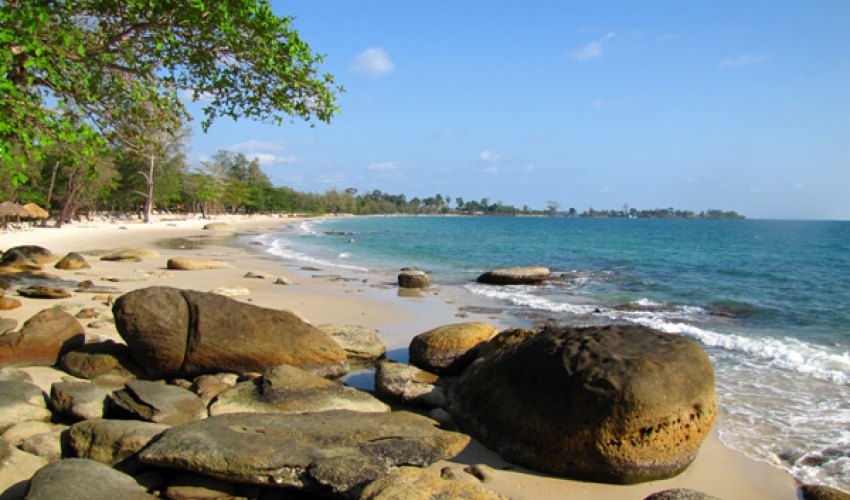 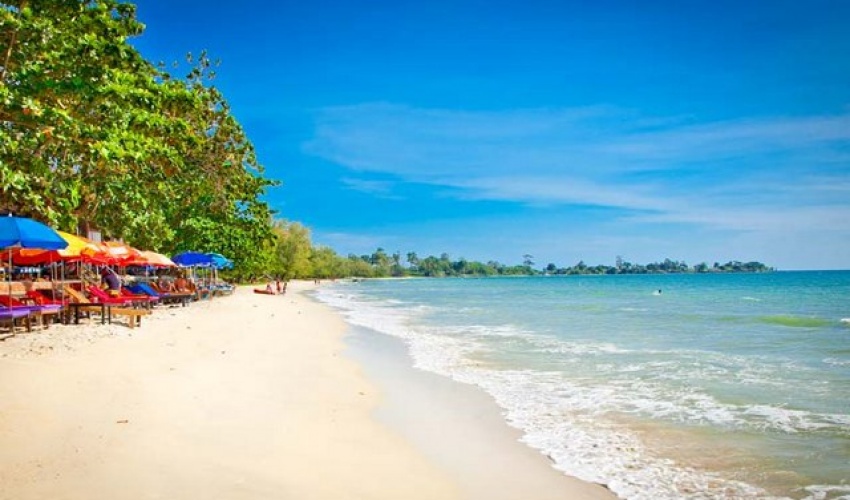 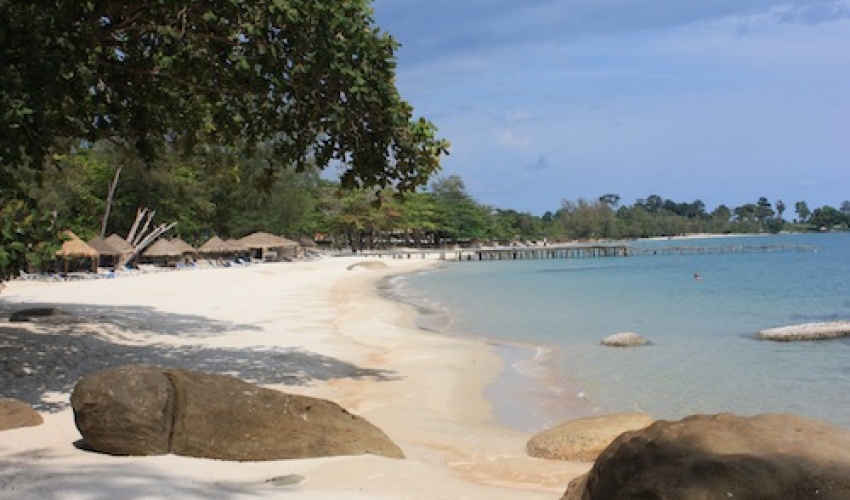 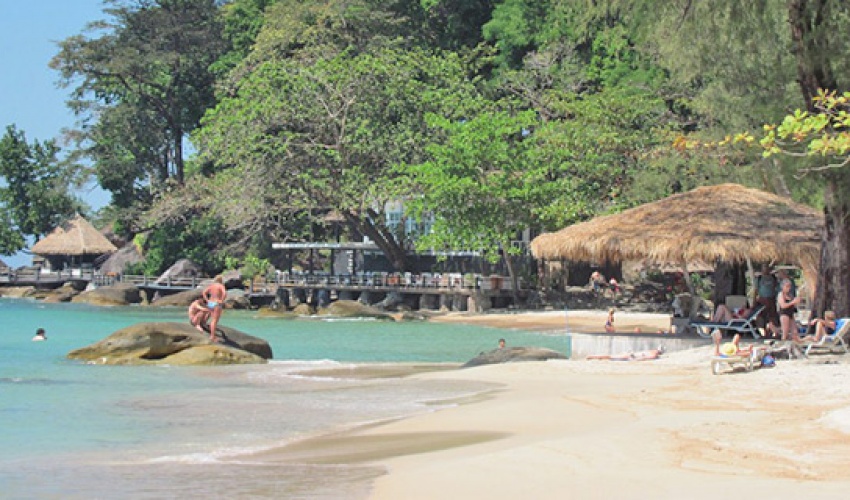 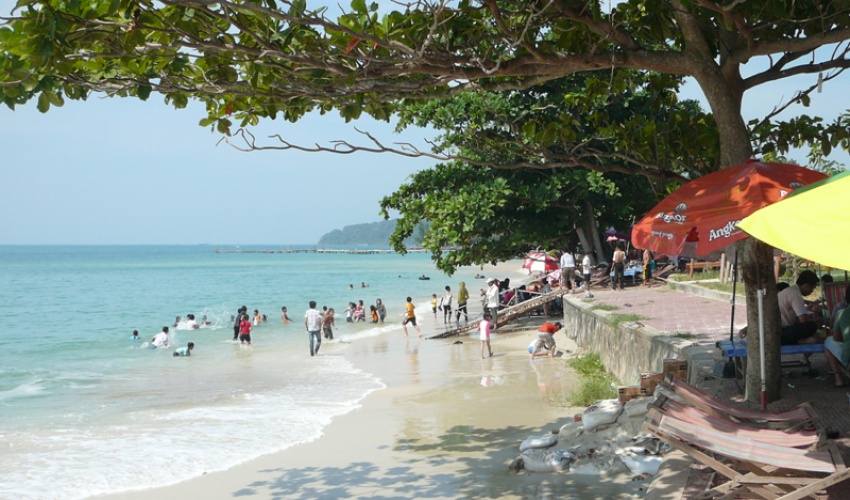 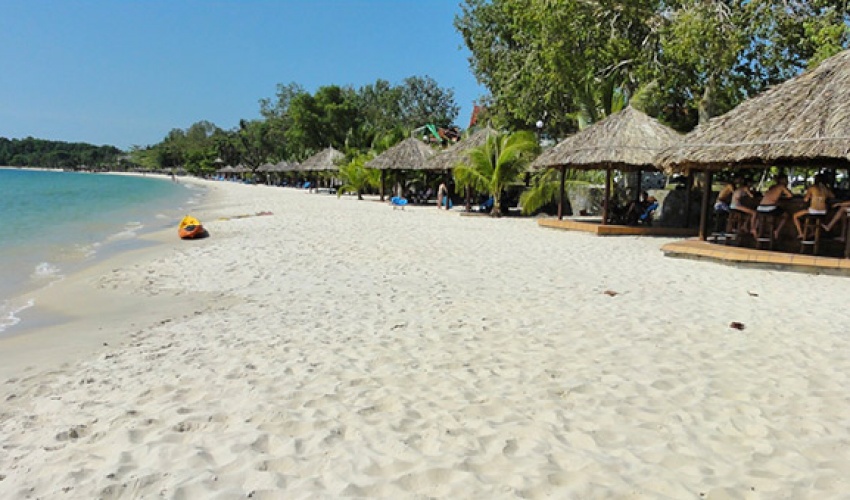 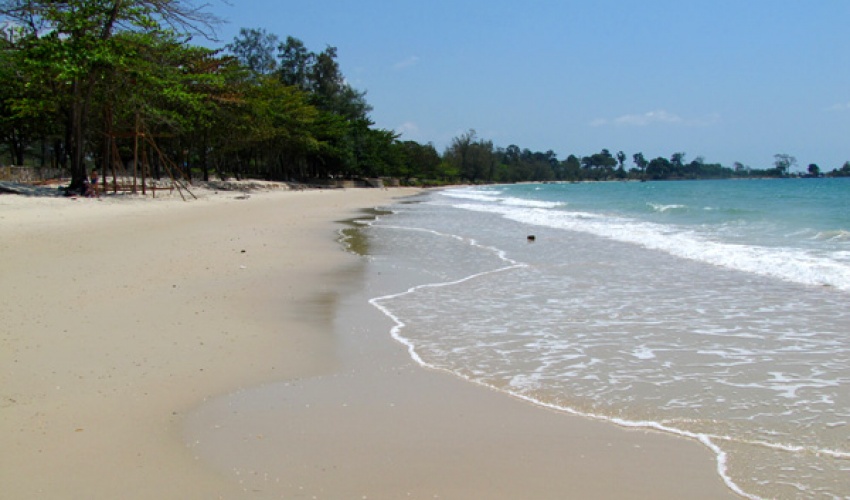 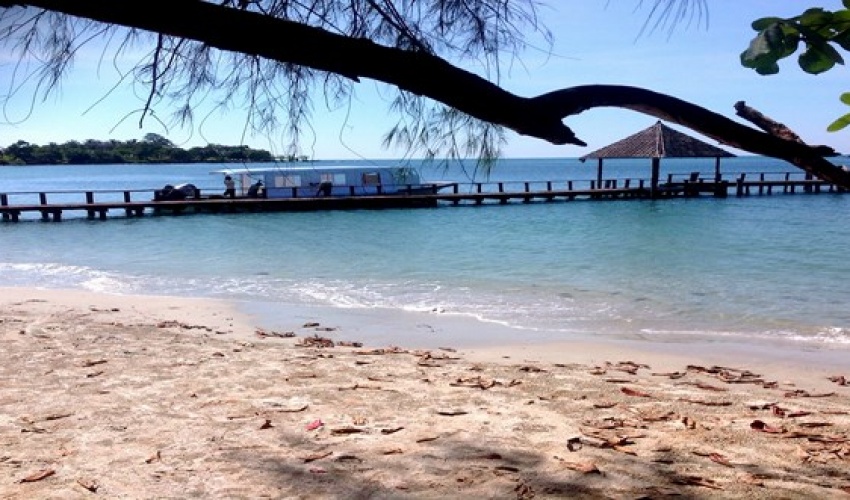 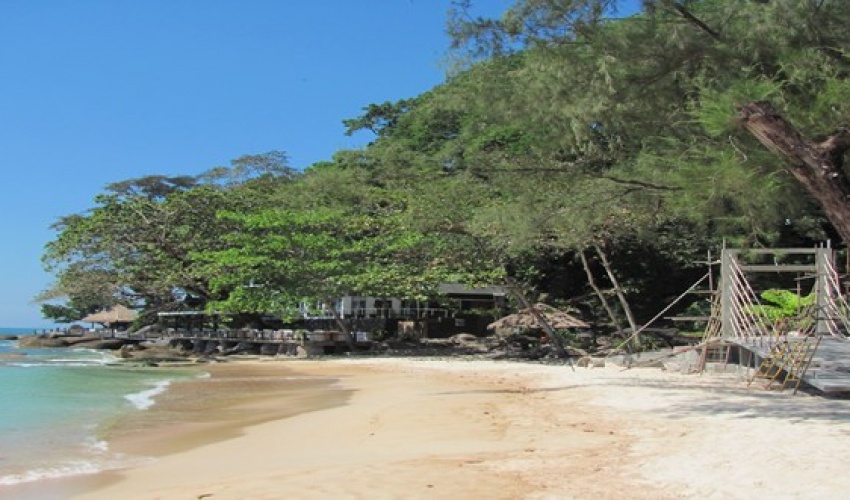 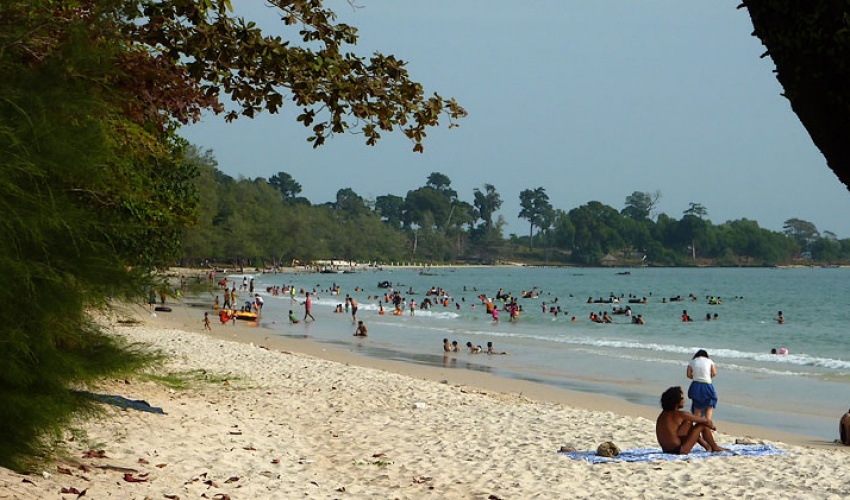 Independence Beach gets its name from the deserted hulk of the 7 -storey Independence Hotel at the north end. Locals call this beach ( otel bram-pil chann (hotel 7-stories). It is labeled 7-Chann Beach' on the in-town street sign. Independence is more than a kilometer long, but the sandy area is much narrower making the beach best when the tide is low. The beach is wider and more tourists toward the northwest end near a small fresh water lake (which is the source of the town's fresh water and is rumored to contain crocodiles). At the other end is the beach's only hotel, Sea Breeze. Grass umbrellas and drink vendors only hotel, Sea Breeze. Grass umbrellas and drink vendors now line the beach from end to end but it is still much less frequented than other beaches. The road up to the old Independence Hotel is often frequented by a small troop of Rhesus monkeys but is currently closed while the hotel is undergoing renovation. The pretty Independence Beach is so named for the seven-storey Independence Hotel that sits atop the headland Locals refer to the hotel as the 7-storey hotel while street signs refer to the beach as "7-Chann Beach" we'll stick with Independence Beach. The Independence Beach in Sihanoukville is a calm and quiet sea side destination in the city of numerous beaches. It is just the place for you to spend some quiet moments with your loved ones while taking pleasure in the untamed beauties of nature. With no interruption at all, you can spend time in this Sihanoukville sightseeing spot just the way you want to.