Svay Rieng is on of the smallest and sleepiest Cambodian provinces that just happen to have one of the country's busiest highways running straight through - National Highway No 1, which links Phnom Penh and Ho Chi Minh City in Vietnam just after you cross the Mekong River by way of the Neak Loeung bridge. It is also one of the poorest provinces of Cambodia due to the poor quality of the land. Most of the provincial population eke out a subsistence living based on farming and fishing. Svay Rieng is the provincial capital, a sleepy town just 43 km from the Bavet border crossing. This is a fairly prosperous place as a result of the border trade traffic, business people and travellers passing trough. The town is a very friendly place and makes for a pleasant overnight stop whether coming from or going to Vietnam. Svay Rieng town is situated near the Waiko River and its vast, scenic marshlands, the result of a wide stretch of the river drying up significantly over the years. It's a pleasant setting and one that can be enjoyed at several different spots along the river and marsh. A bridge over the Waiko, not far from the main part of town, bears a plaque that states prime minister Hun Sen donated the bridge. During the long Vietnam War, American forces believed that this was the place, where Vietnamese communists had their intelligence headquarter. For sure there were undoubtedly a lot of Vietnamese communists hiding especially in the South of Cambodia during much of the war, but there wasn't a strategic centre like the Pentagon here. In 1969 the Americans began unauthorised bombing in this area and in 1970 joined with South Vietnamese forces for a big ground assault. 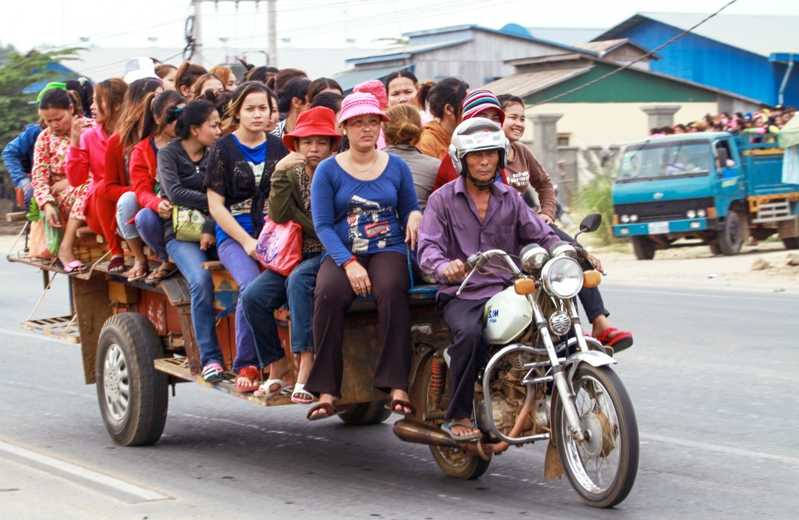 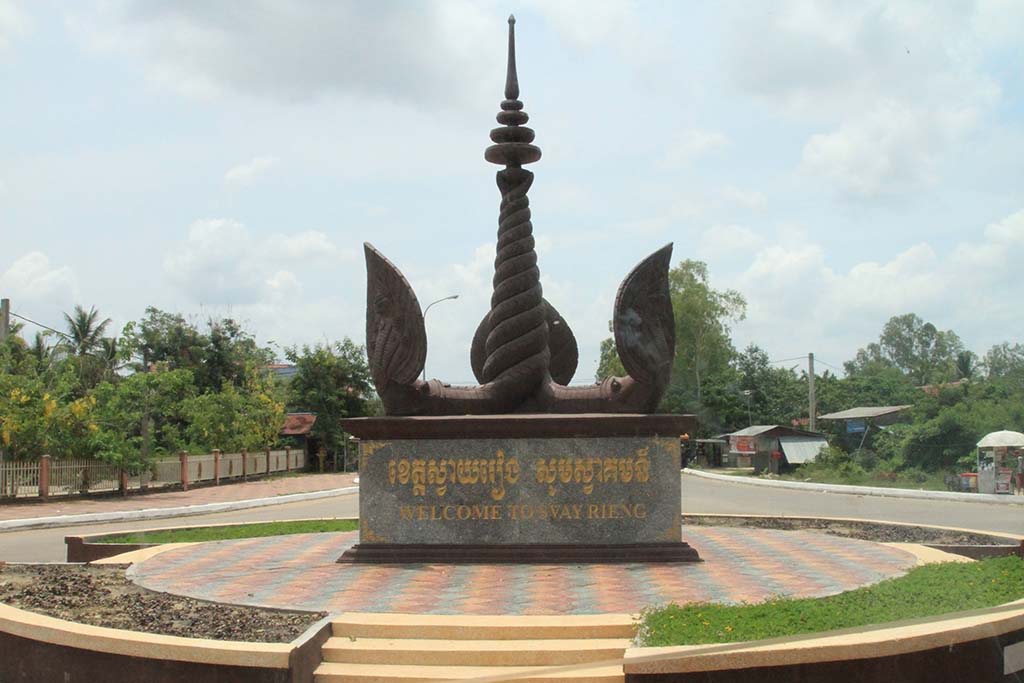 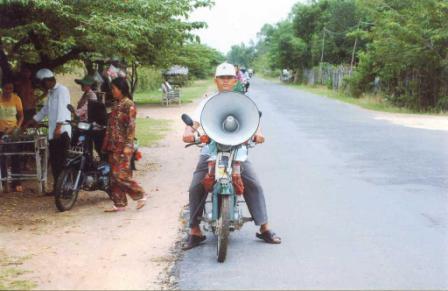 Svay Rieng may be one of the smallest provinces in Cambodia, but it has the country's busiest highway running right through town. National Highway No 1 links Phnom Penh and Ho Chi Minh City of Vietnam just after the Mekong River via the Neak Loeung bridge point. Here is the international gateway of Bavet which leads to Vietnam. This is a prosperous town reaping the benefits of the border trade traffic. There is a lively marketplace and the people here are friendly. The province comes with good food and great accommodation options. Nearby, the Waiko River and its vast, scenic marshlands provide pleasant settings for photography. Not far from town is a bridge over the Waiko donated by prime minister Hun Sen. The allure of this pretty province is not just in its conveniences; its friendly nature, the beautiful Prey Ba Sak lake area just outside of town and the Prasat Prasat temple make this a worthwhile stopover. There are a couple of little known temple ruins here in Svay Rieng as well; they are the Prasat Chea Hao and Prasat Basac. The province of Svay Rieng is off the tourist maps but it is great for those who want a slice of rural life in Cambodia.