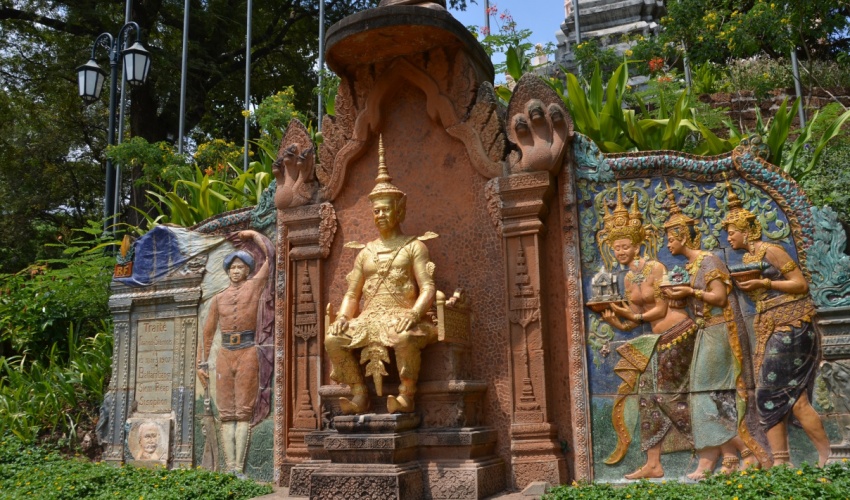 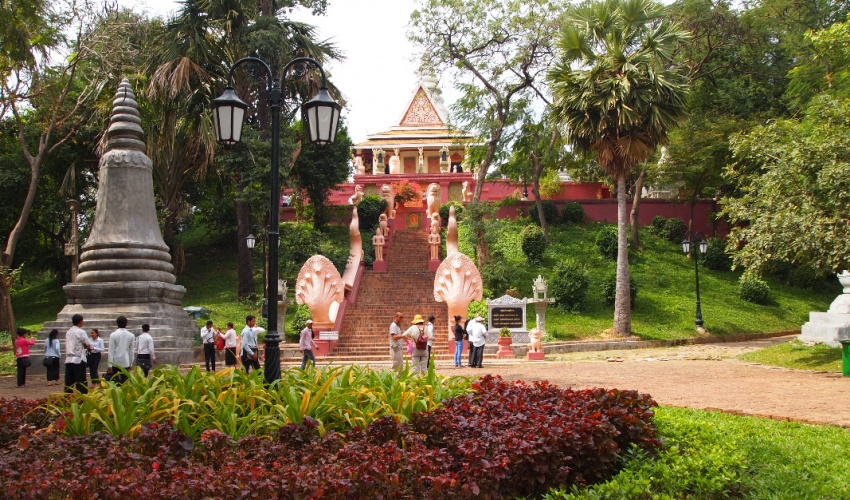 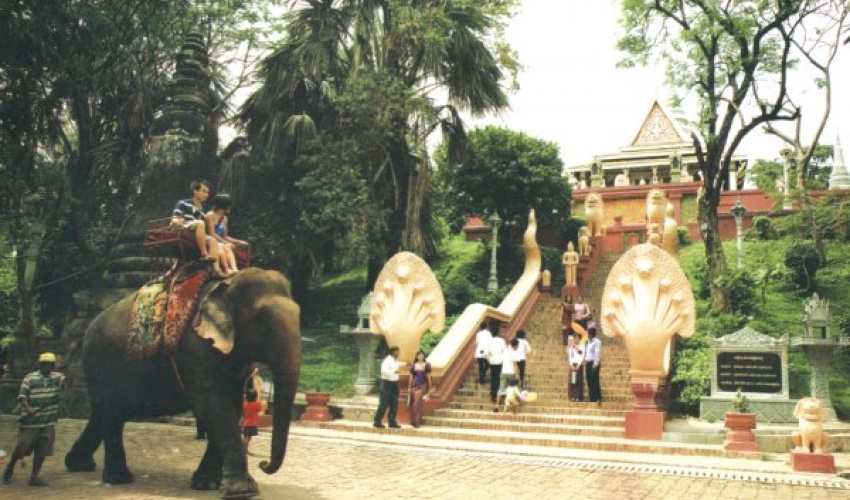 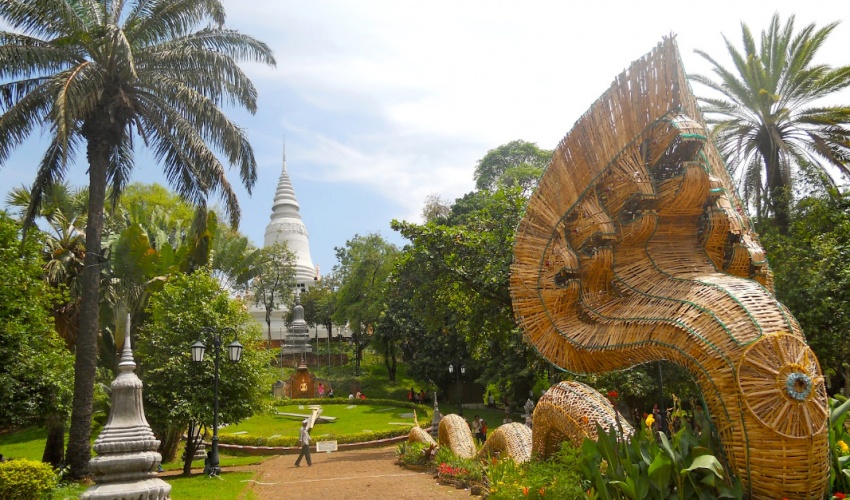 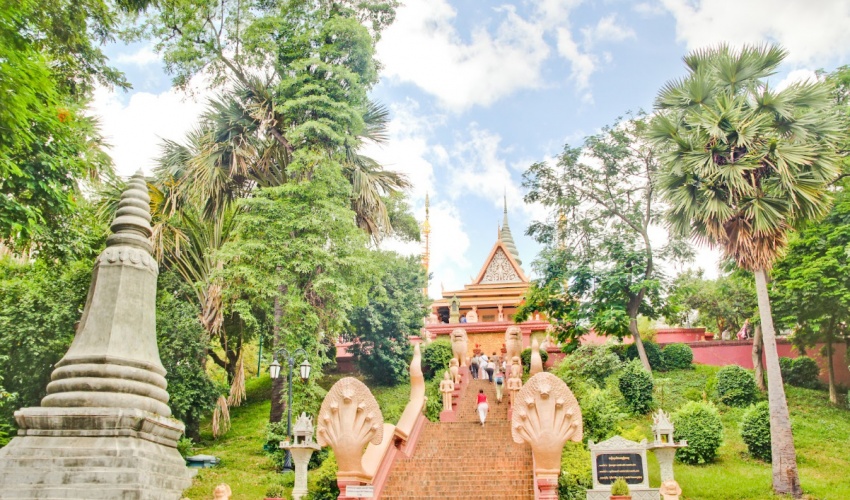 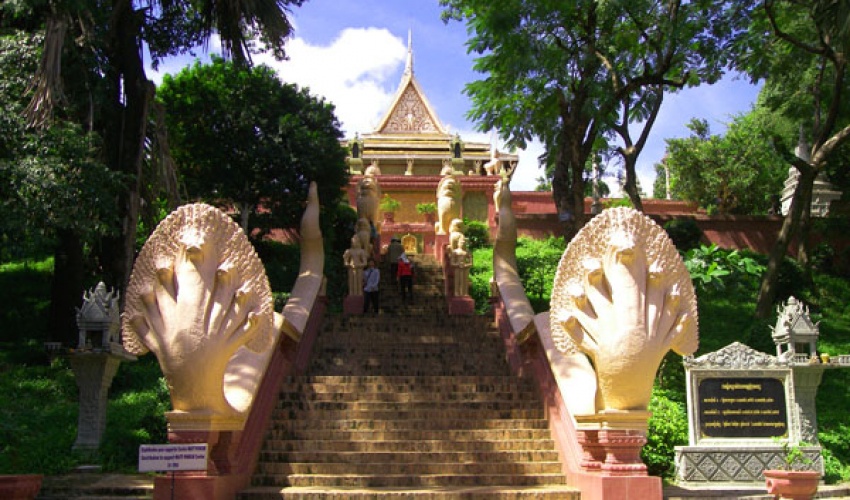 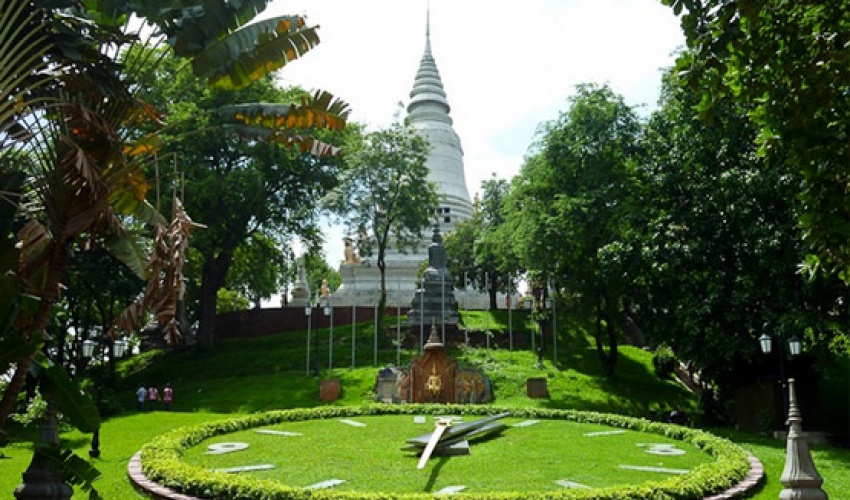 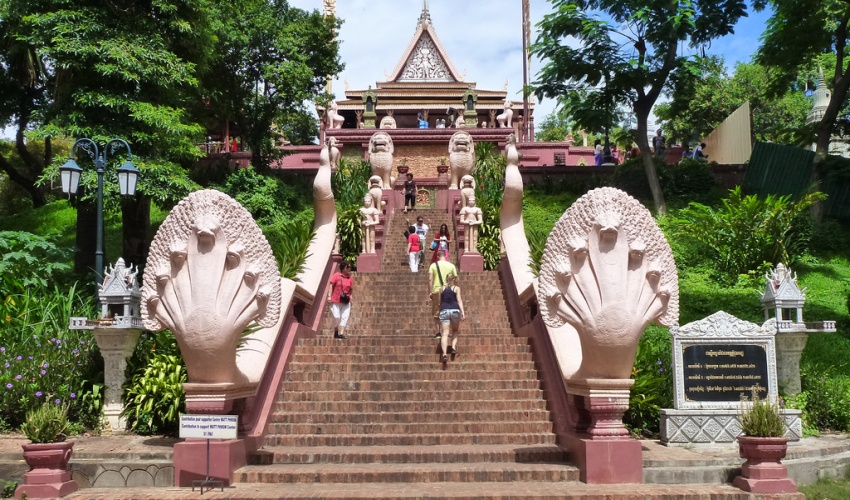 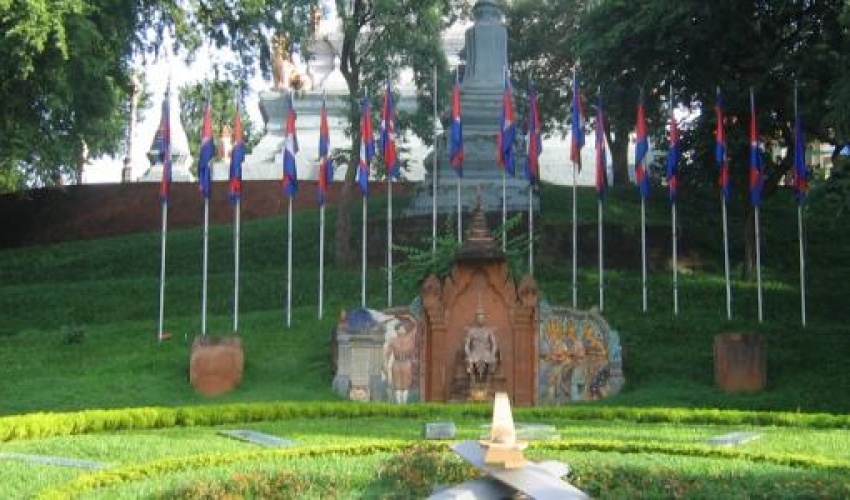 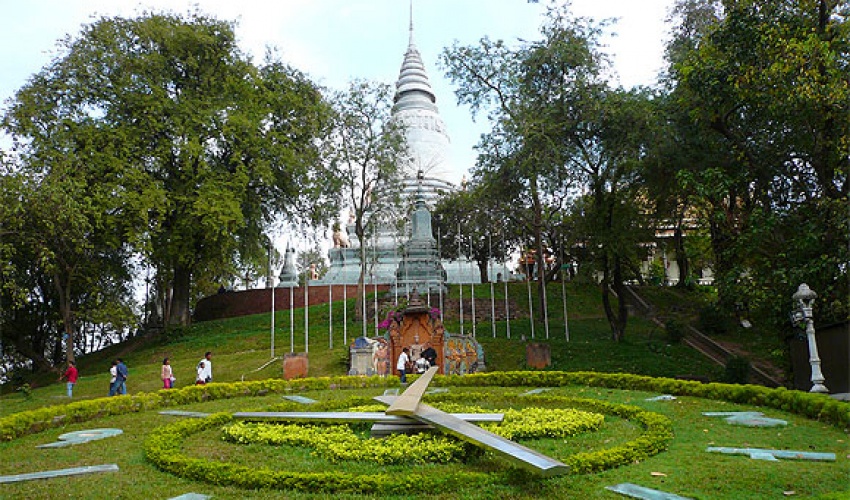 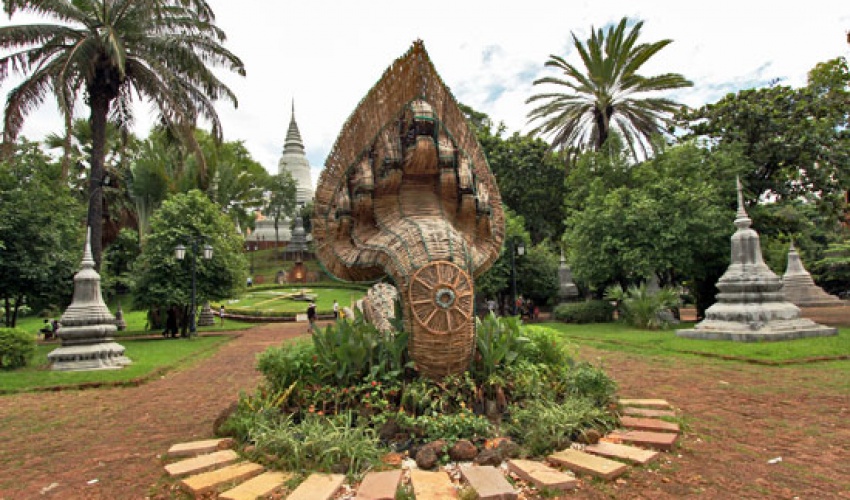 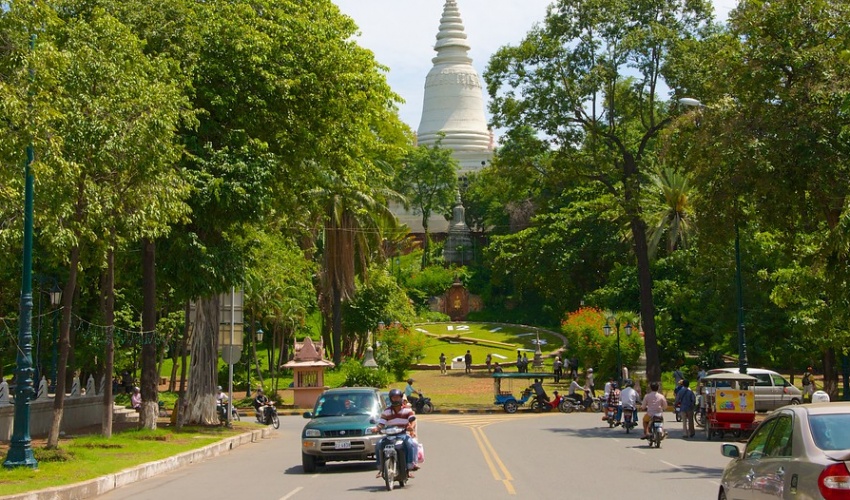 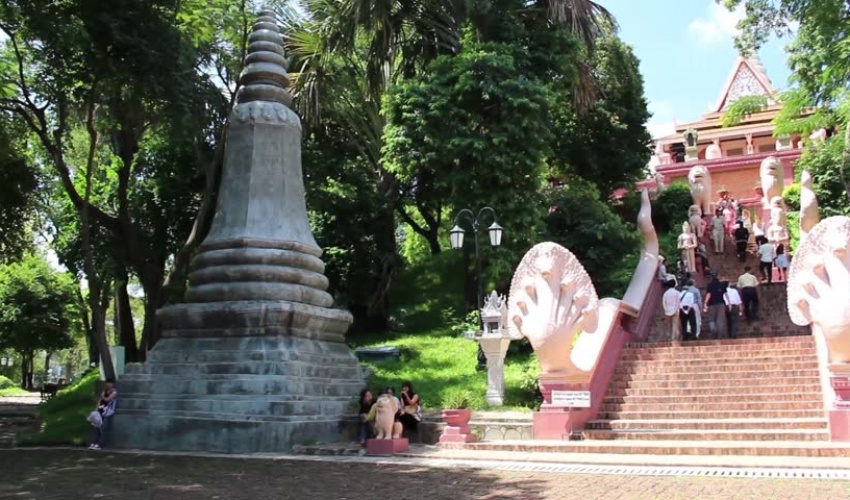 Wat Phnom, the namesake and symbol of the capital city of Phnom Penh, sets prominently atop an artificial 27 meter hill (or 'Phnom') in the northeastern section of the city. Legend has it that Daun Penh, a wealthy widow, retrieved a large koki tree trunk from the river. She had hoped to use it for a house, but inside a hollow of the trunk, she found four statues of the Buddha. She then ordered for a section of her property to be elevated for a small shrine to be erected to revere the statues. This became a sacred site and people started to settle around the hill; eventually, this became the city it now is. It is here that the city gets its name: ‘Phnom’ means hill in Khmer and ‘Penh’ is of course the name of the lady.
Later, King Ponhea Yat (1393-1463), built the sanctuary (Vihear) here when he moved his capital from Angkor to Phnom Penh in 1422. The prominent stupa immediately west of the sanctuary or vihara (vihear) contains the ashes of the late king.
The sanctuary itself has been renovated frequently. There are numerous other shrines and other activities on or at the base of the hill. There are gardens that the French laid out in the late nineteenth century and shrines that reflect Taoist, Confucian, Hindu beliefs and one especially of Vietnamese interests reflected in the shrine to Preah Chau.