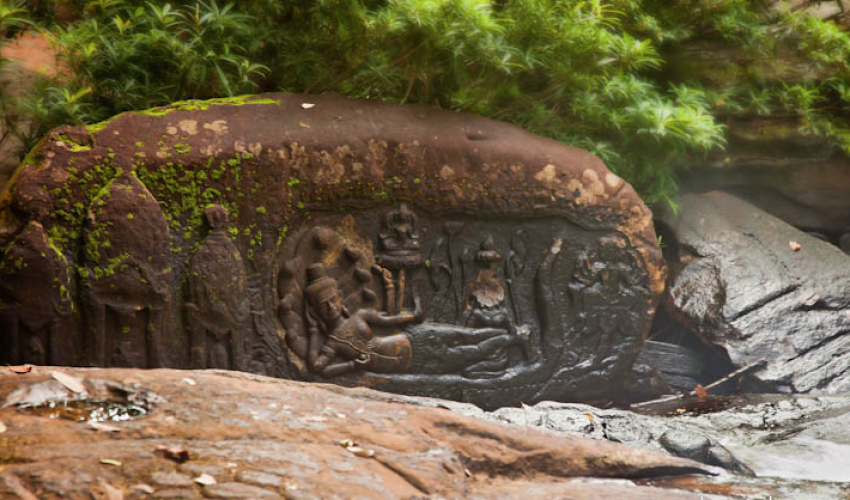 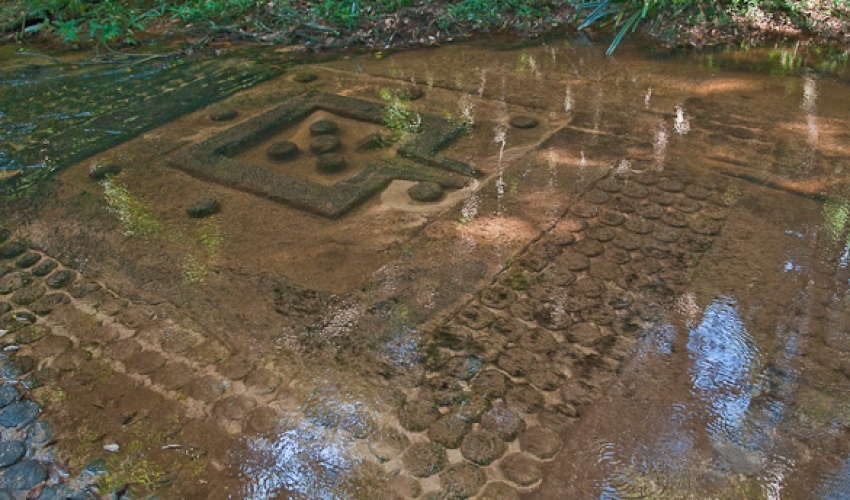 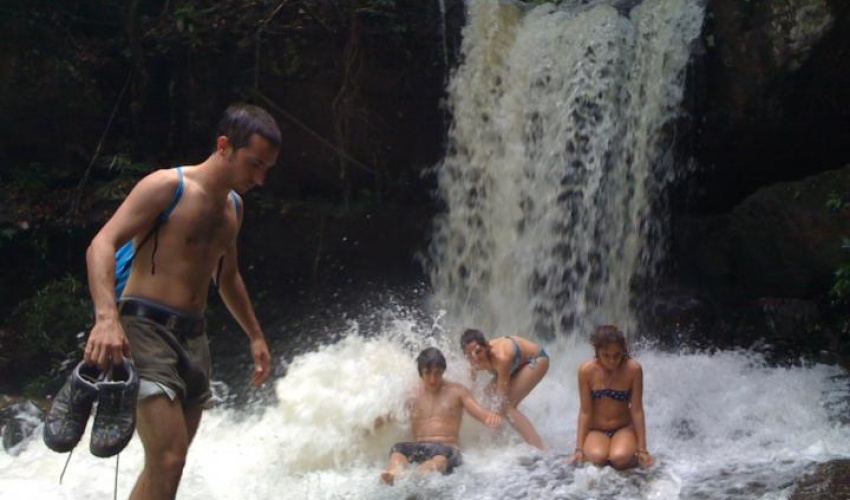 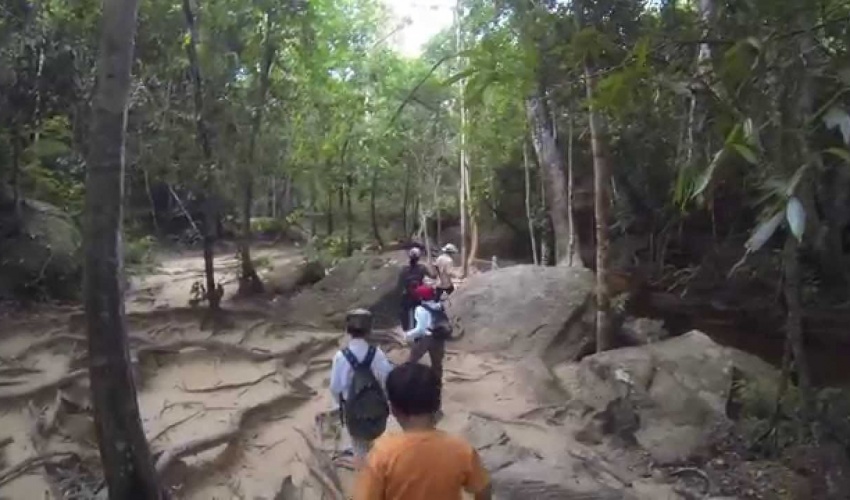 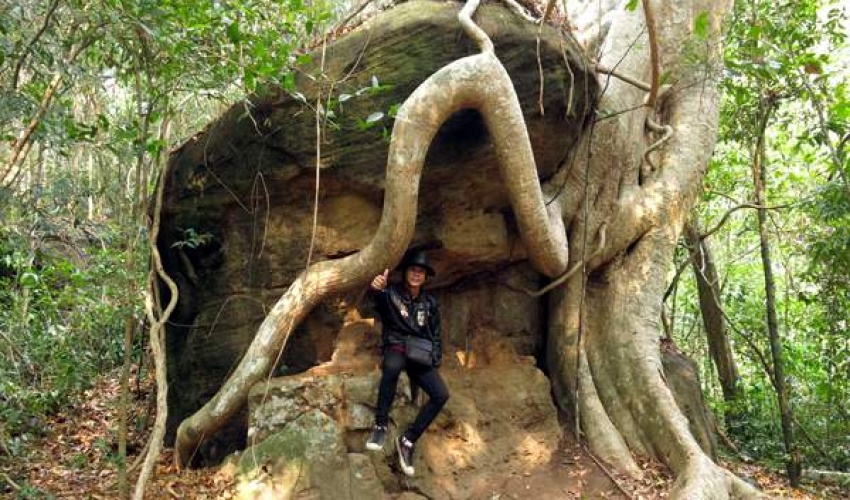 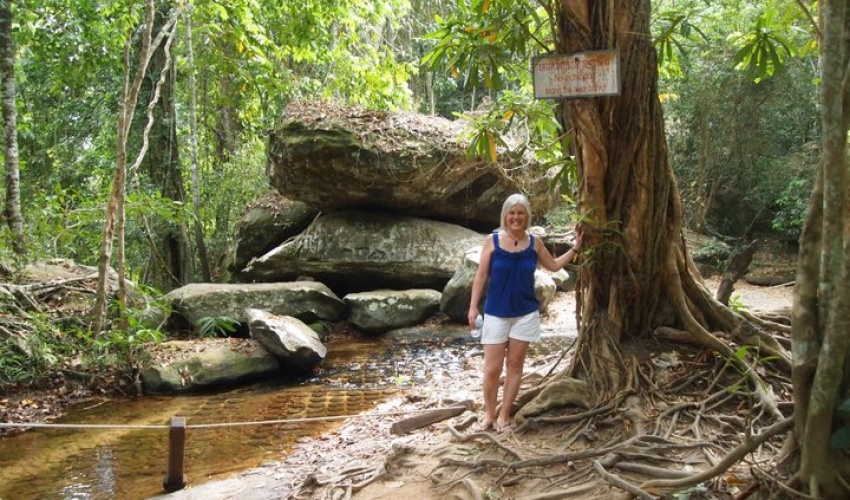 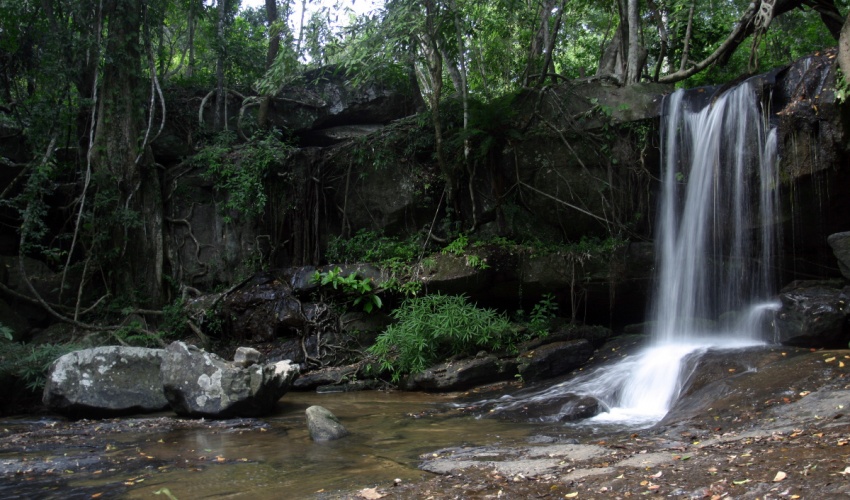 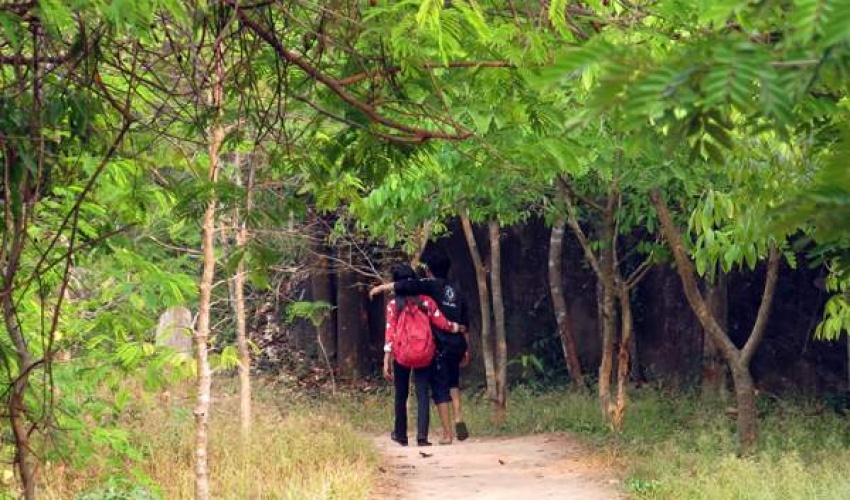 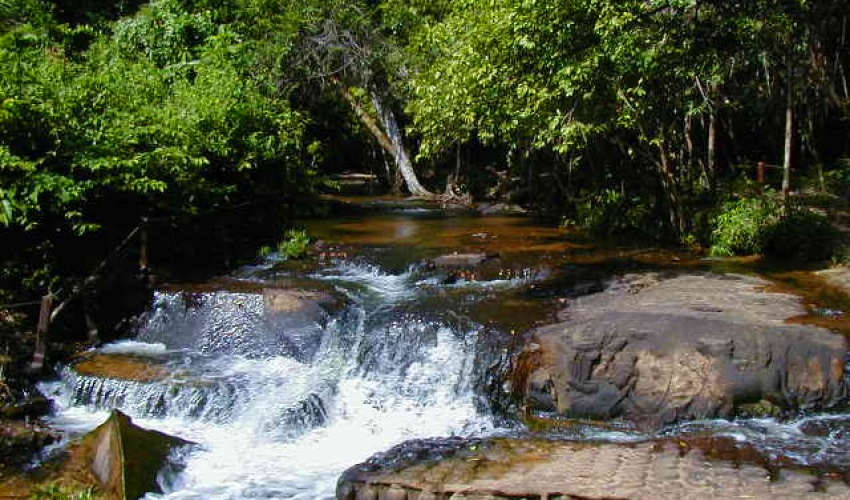 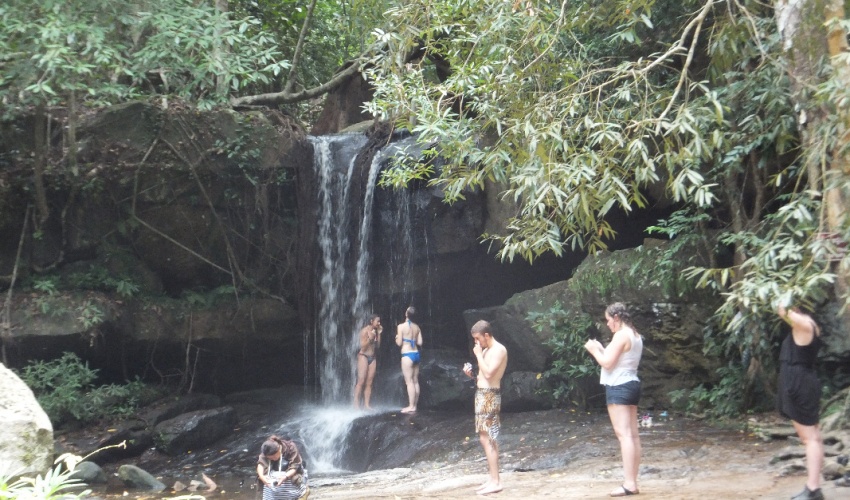 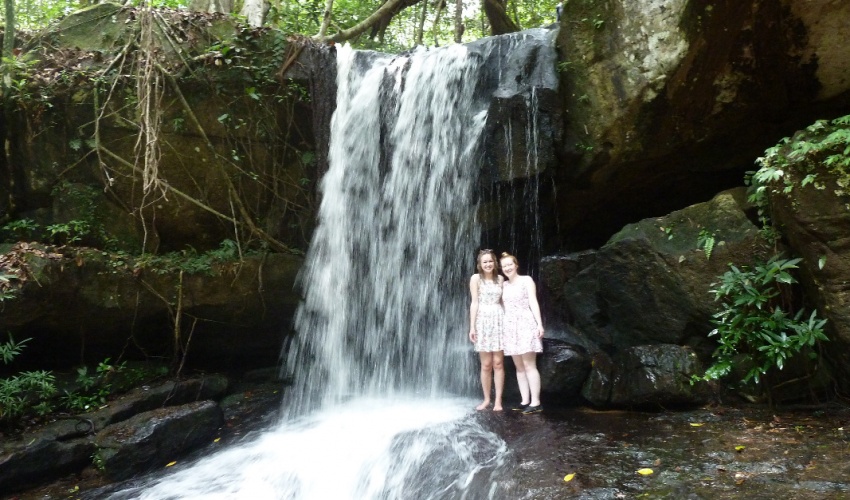 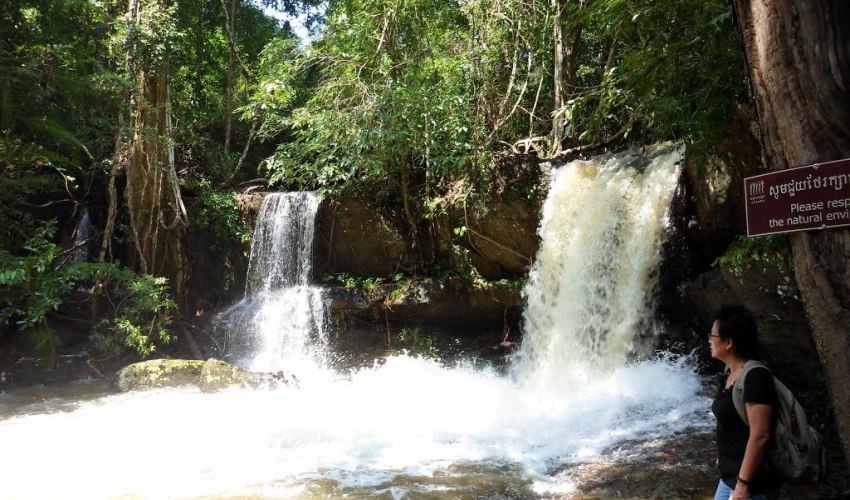 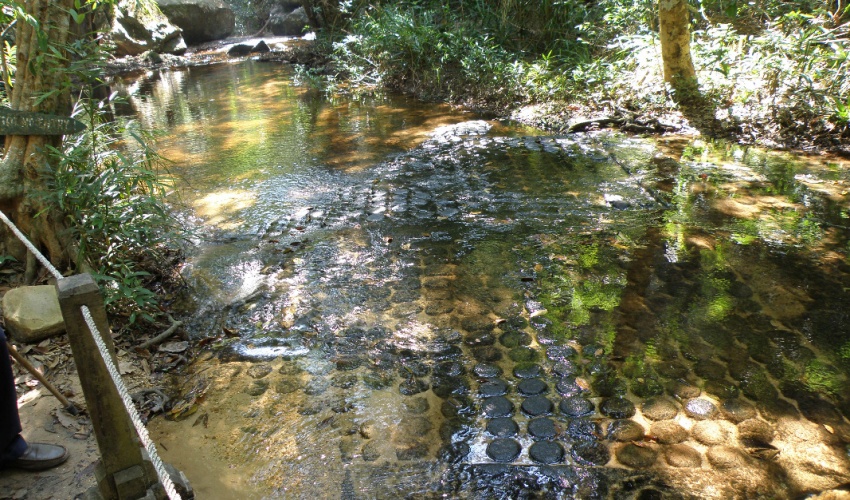 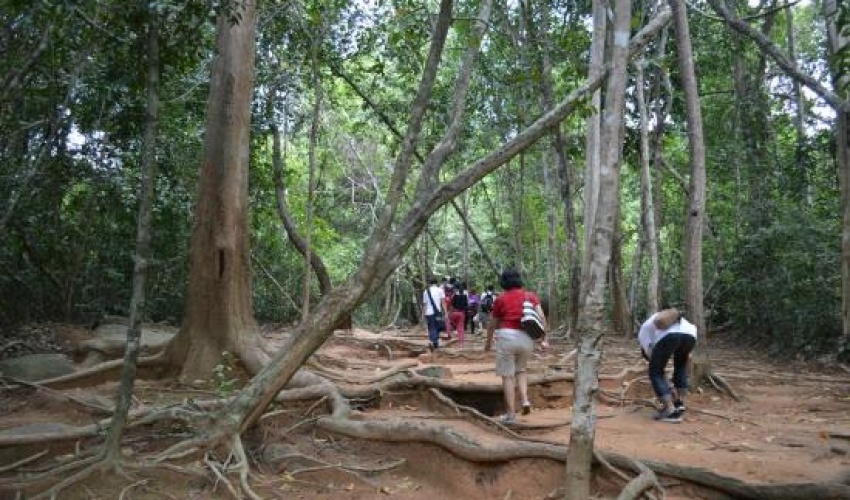 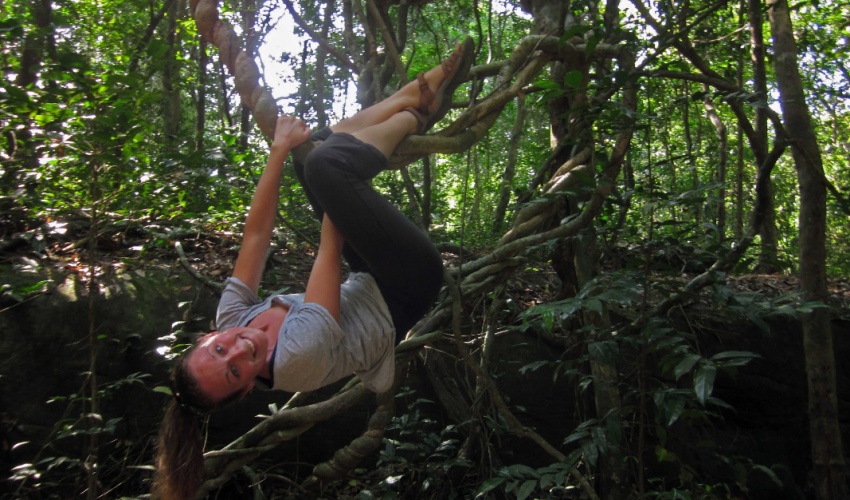 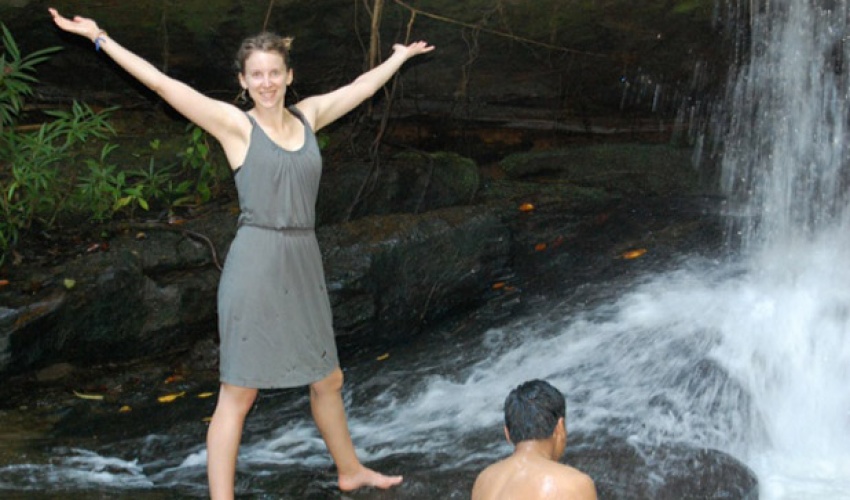 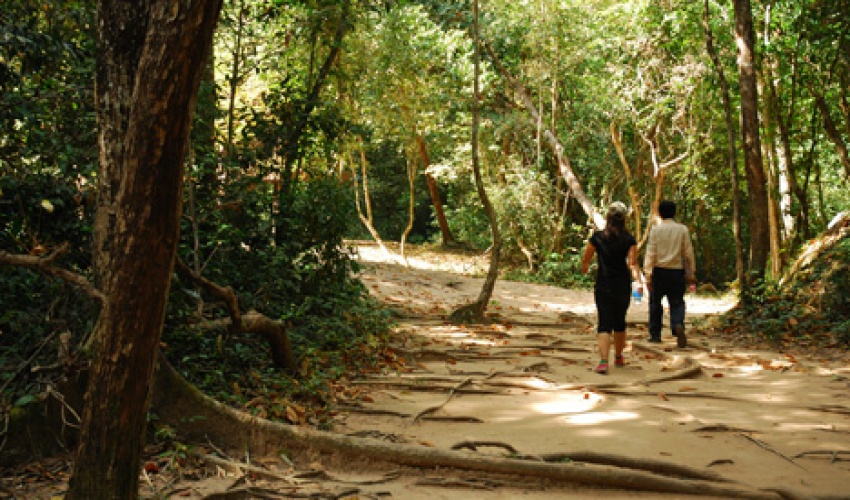 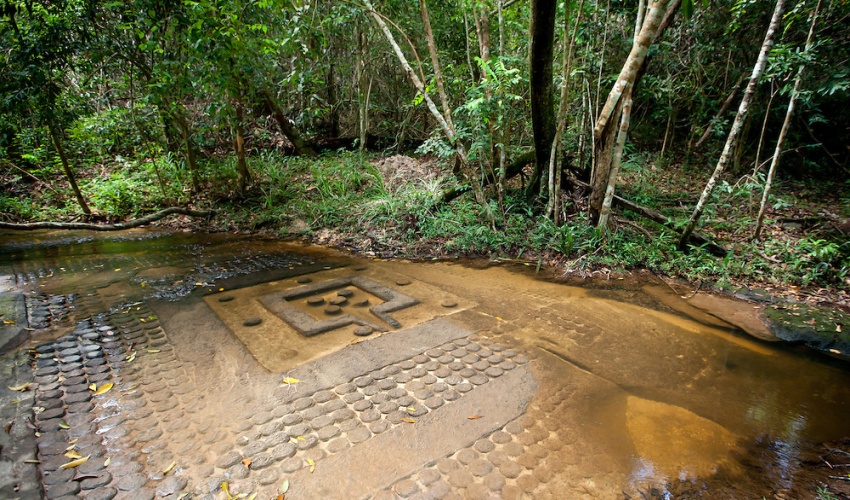 Kbal Spean lies 50 kilometers northeast of Siem Reap pro-vincial town or about 18 kilometers from Banteay Srei on a dirt road. It takes from one to two hours to get there from the provincial town.

The original River of Thousand Lingams, Kbal Spean is an intricately carved riverbed deep in the foothills of the Cambodian jungle. Lingams are phallic representations sacred to Brahmanism as symbols of fertility, and hundreds of them are carved into the rock here, as are several carvings of gods and animals above the small waterfall.

The area was rediscovered in 1969, when French researcher Jean Boulbet was shown the carvings by a local hermit.
A visit to Kbal Spean, a reference to the natural rock bridge, is one of the easiest ways to take a short jungle trek in the Angkor area. It is a 30-minute walk to the carvings through steamy forest and some curious rock formations. It is best to try to visit between July and December, at other times of year the river rapidly dries up.
The access to the trail is not permitted after 3:30pm. Food and drinks are available at the base of the trail