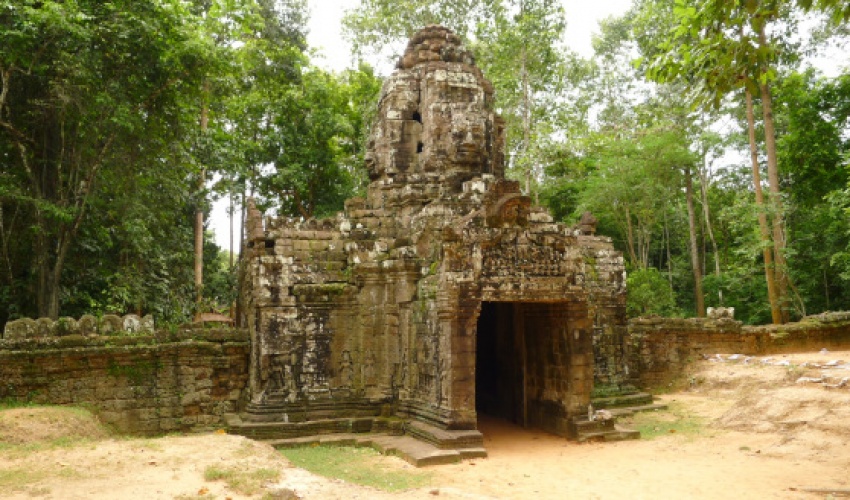 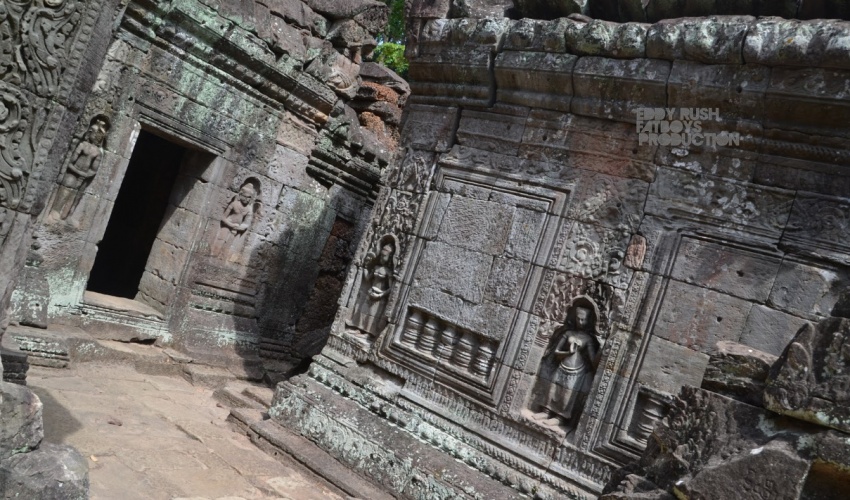 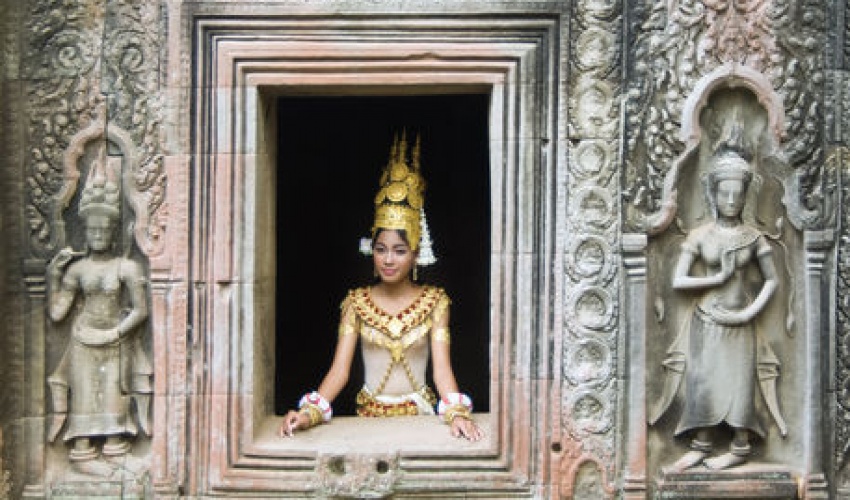 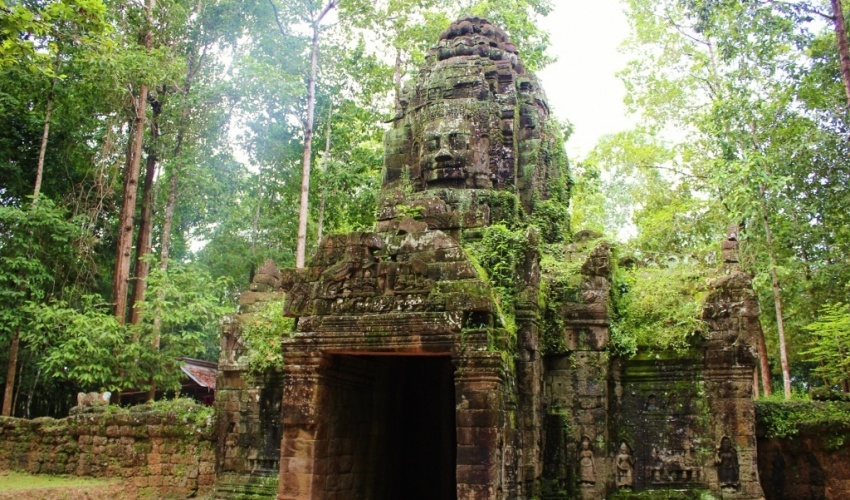 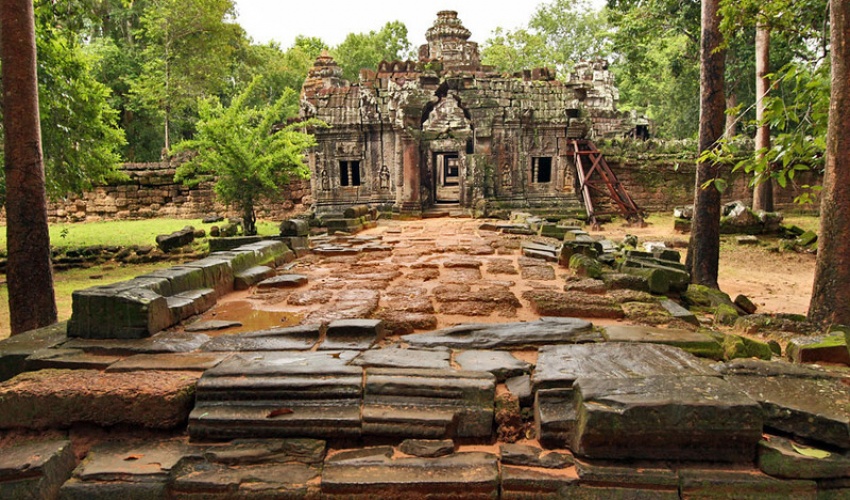 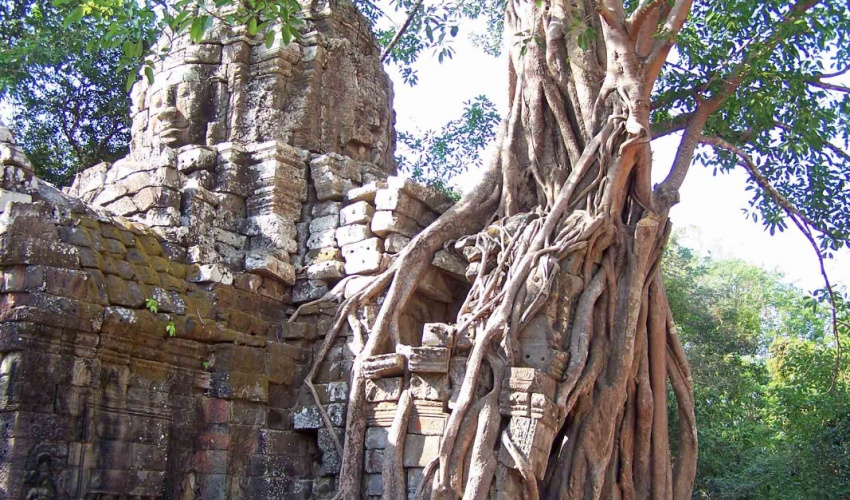 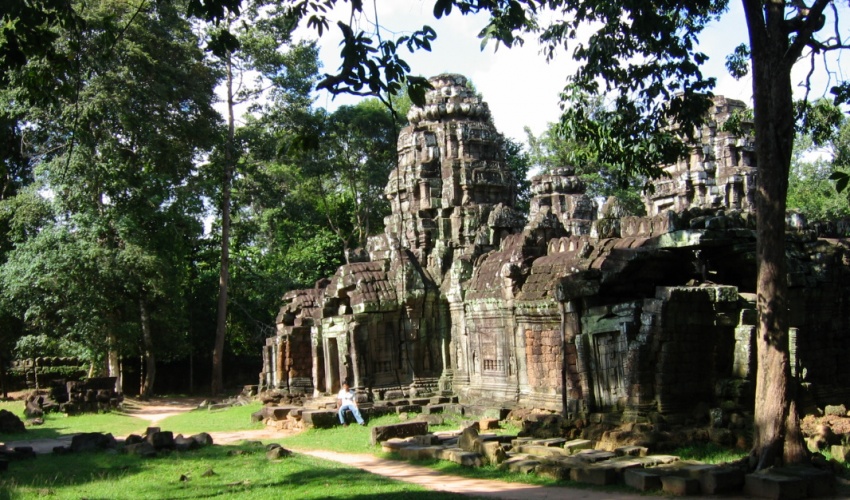 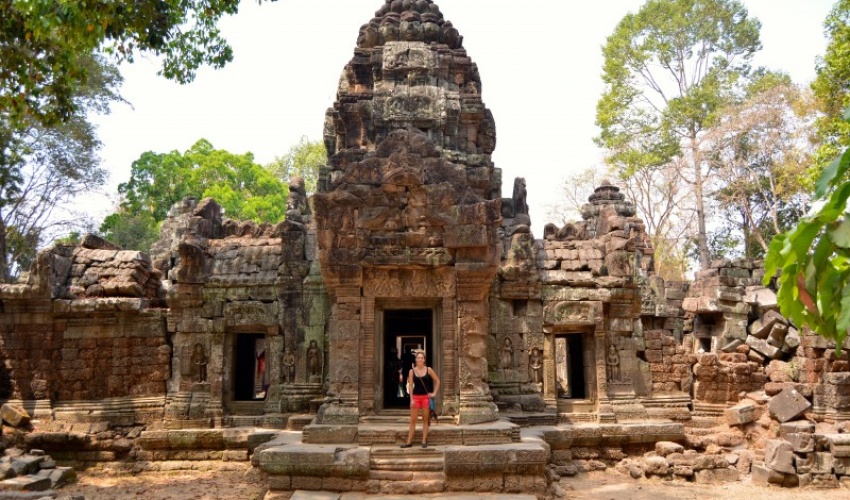 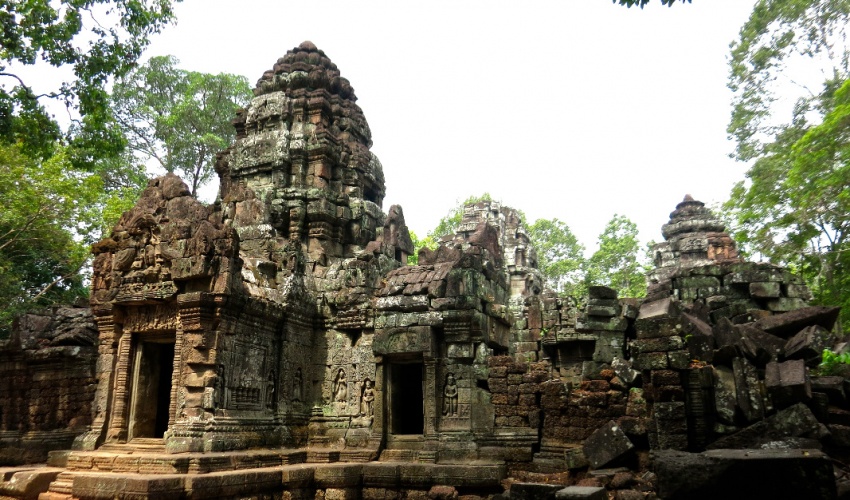 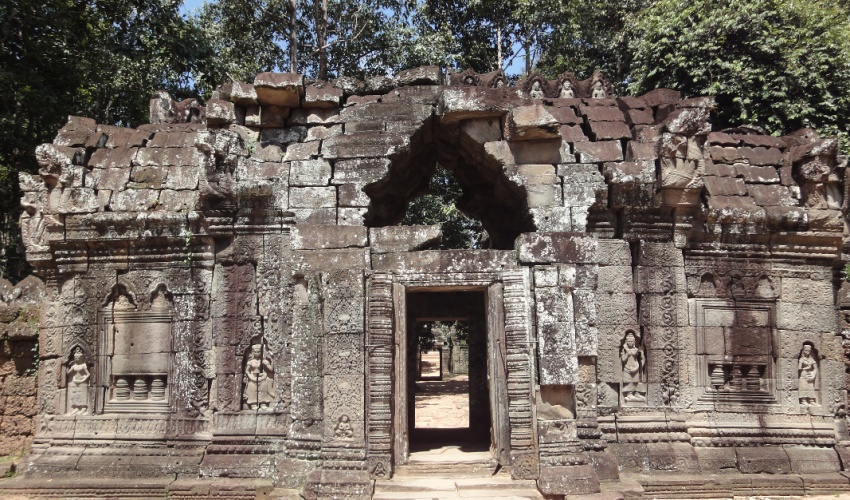 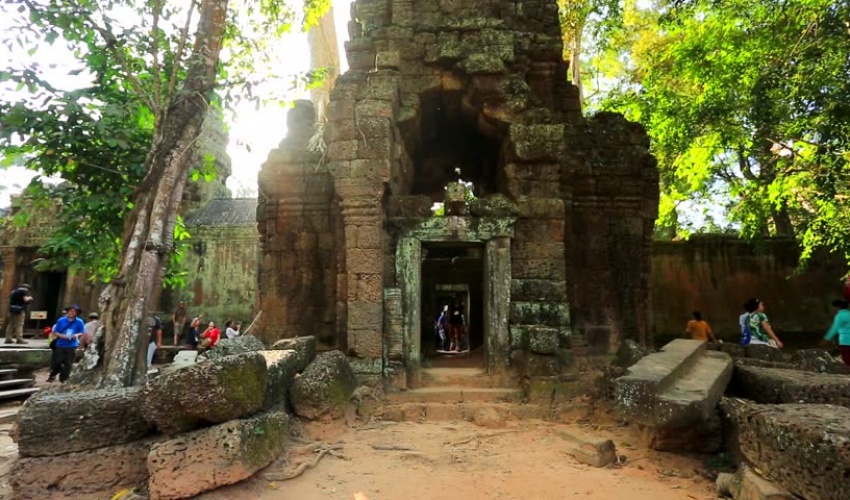 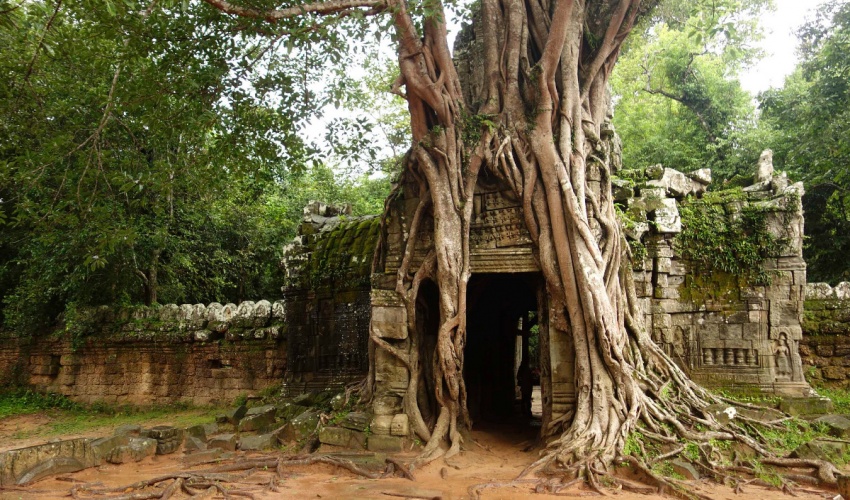 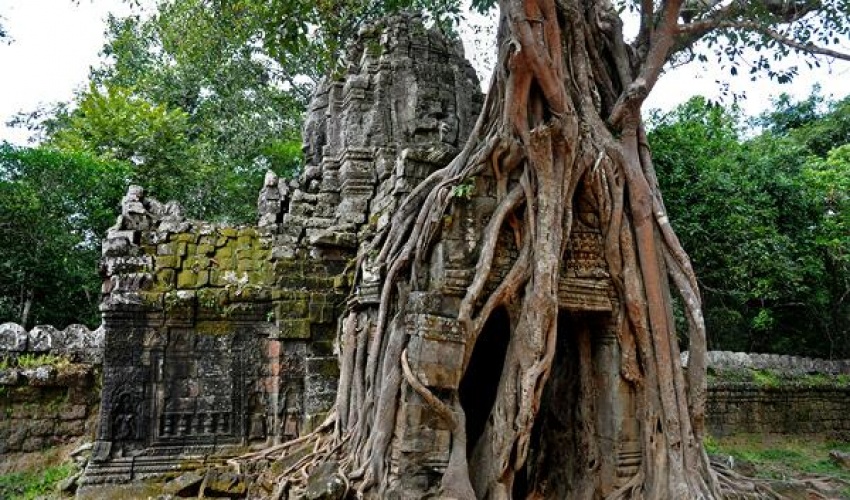 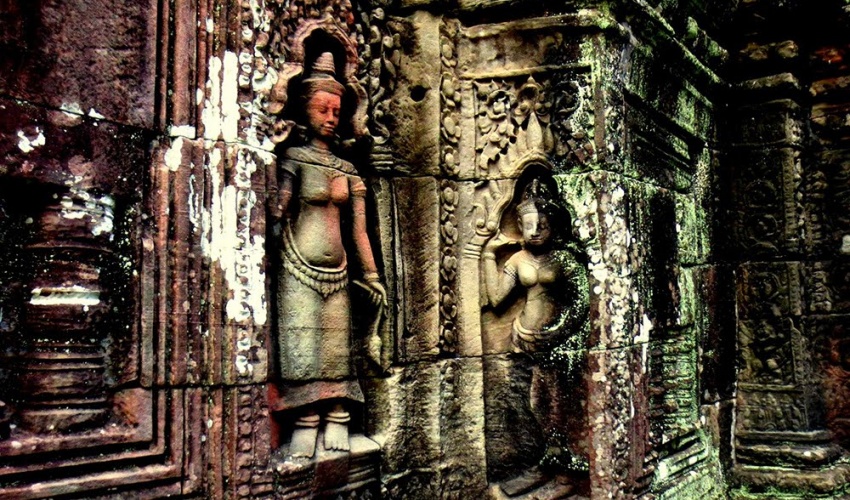 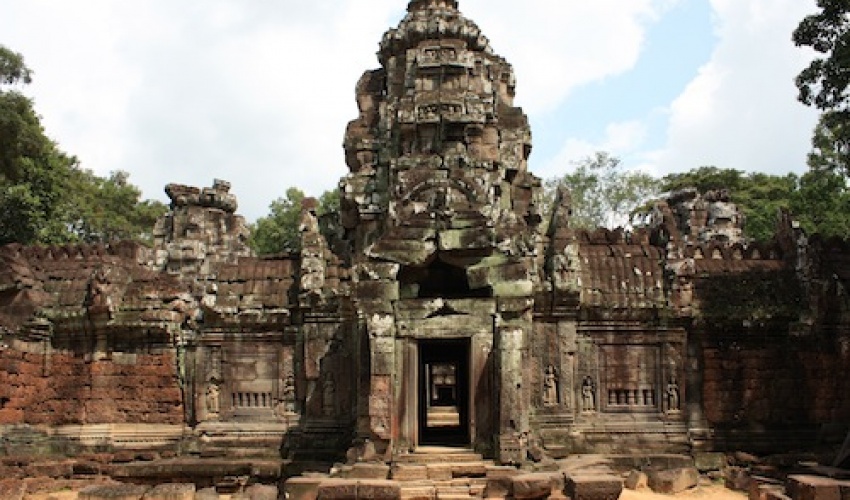 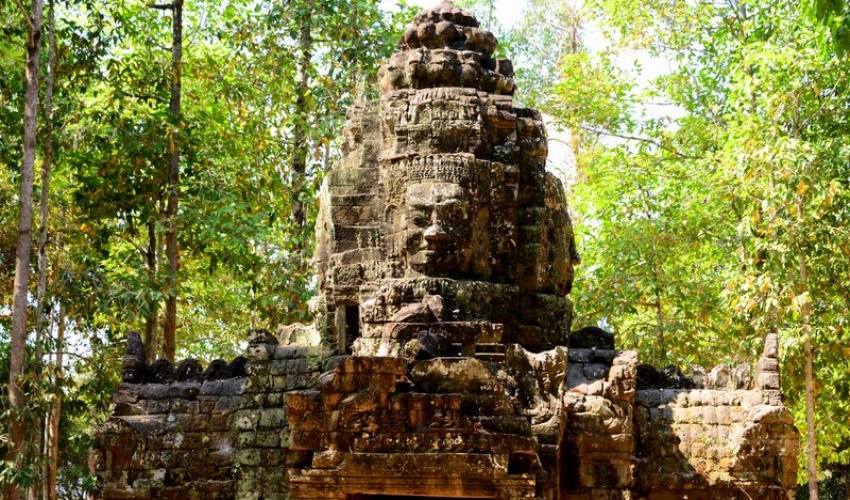 Prasat Ta Som located in the east of Nean Pean. The entry and exit to Ta Som can only be access from east entrance. It was built in the end of the 12th century, dedicated to the father of the king (Buddhist), replica to Bayon style of art. In the past one of the significant features of Ta Som was the growth of fig trees the faces at the entrance towers. These have been cut from the east tower but they are still visible at the west one.Ta Som is a single tower monument on one level surrounded by three enclosing walls with entry on the east and west carved with four faces, the face on the right of the east tower (facing the temple) has a beautiful smile. The entry towers are in the shape of a cross with a small room on each side connecting to a laterite wall.

Walk through the first entry tower over a causeway, which crosses a moat and is bordered with serpents and large Garudas. The wall of the second enclosure is in laterite with a sandstone entry tower in the shape of a cross on the east and west sides. The entry towers have windows with balusters on the exterior and proceeded by a porch with pillars. The next enclosure comprises a laterite and sandstone gallery with corner pavilions, which have molded false doors. Amongst the crumbled heaps of stones in the courtyard are two libraries opening to the west. The main tower is in the shape of a cross with four porches. To see the Central Sanctuary, courtyard and libraries, climb through the opening on the north side.