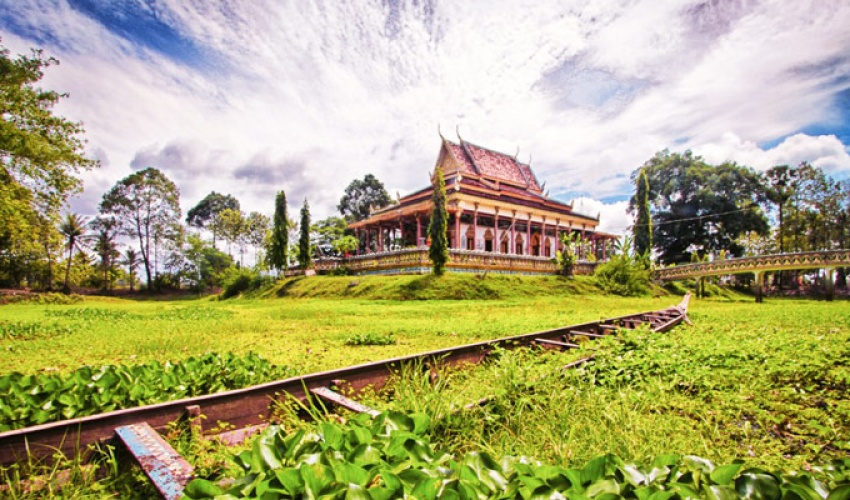 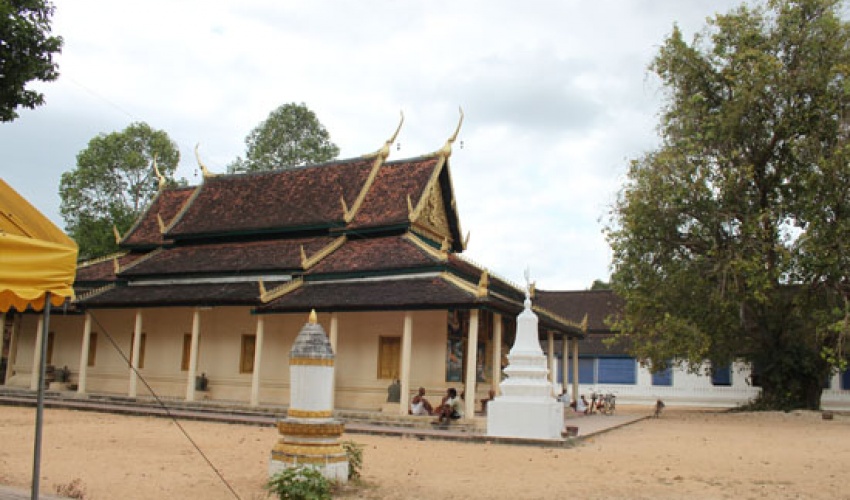 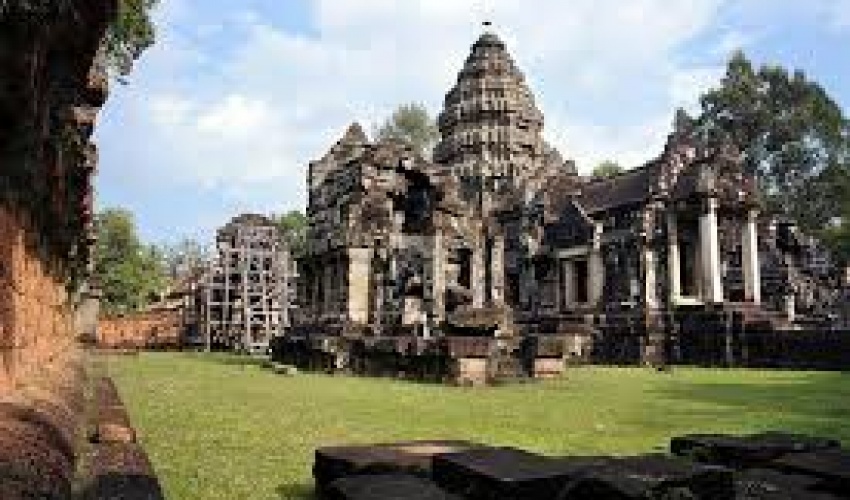 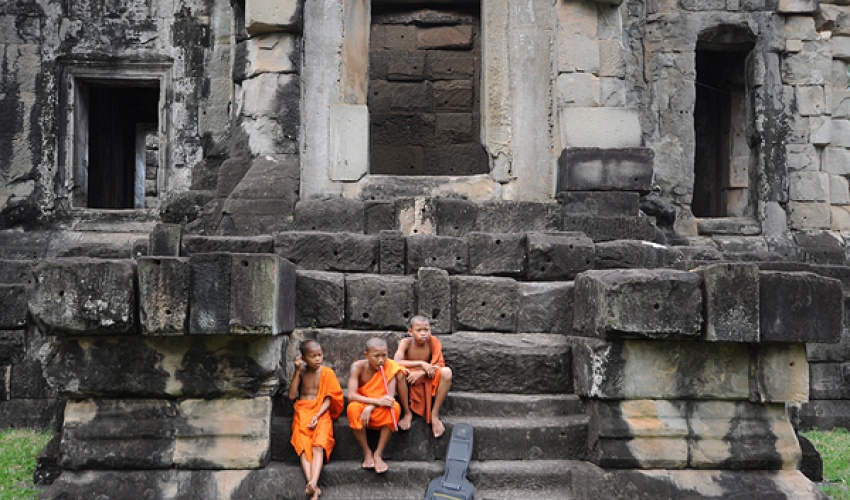 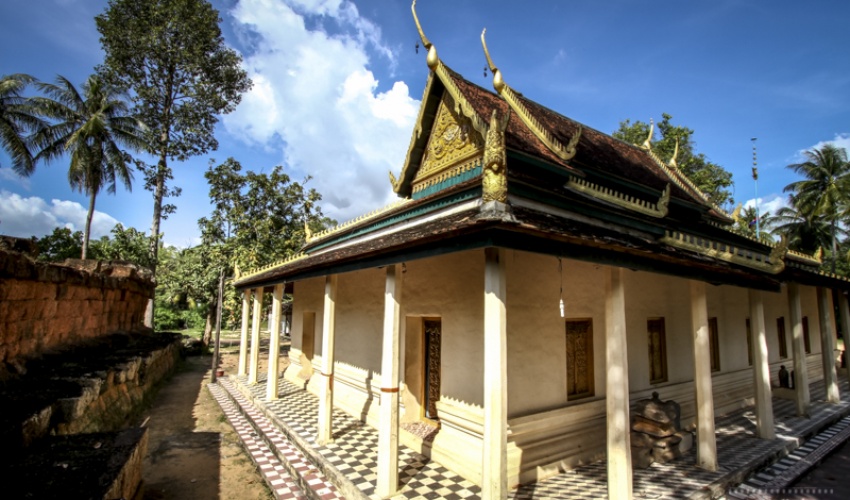 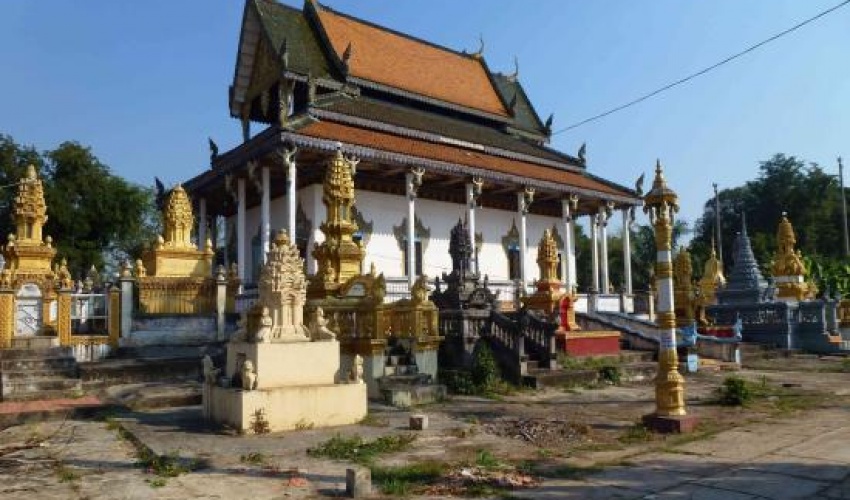 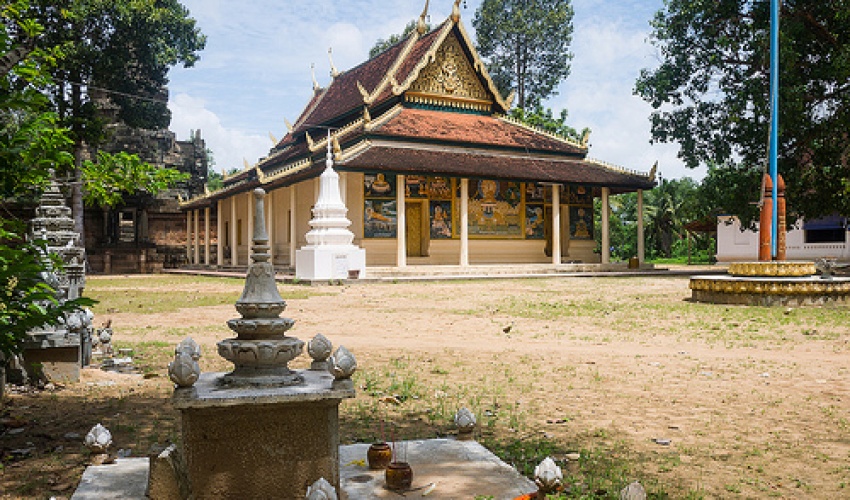 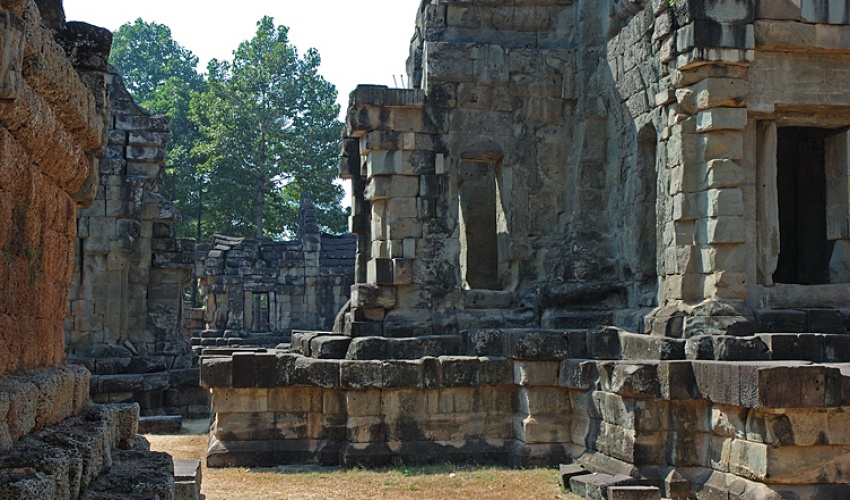 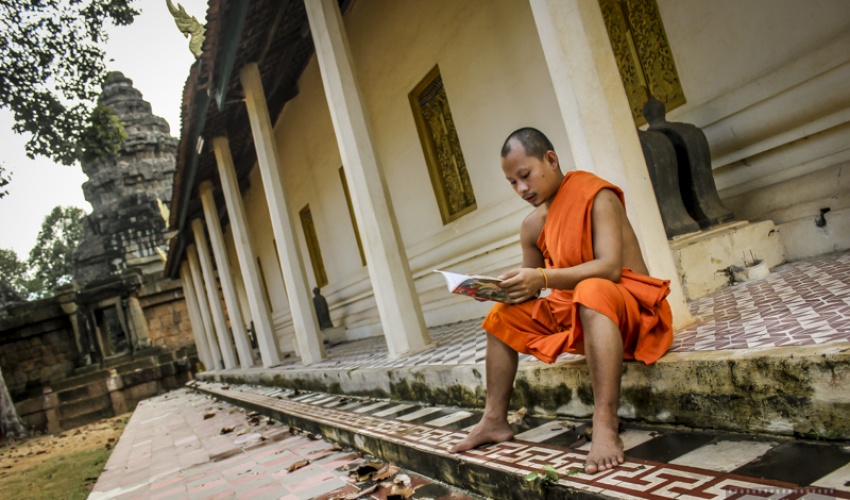 Though lacking carvings, this laterite and sandstone temple is still in relatively good condition. It bears no inscriptions to allow precise dating but seems to have been constructed employing Angkor Wat architectural style, which is particularly apparent in the towers, suggestive of late 11th century construction. This temple seems to have been left unfinished as evidenced in part by the lack of carvings. Some of the apsara carvings were abandoned half finished. It is next to an active wat of the same name. Because it is well outside the regular temple complex, it is relatively untouristed. Located 7km south of town, 200m off the main road from town to the Tonle Sap. Look for a white concrete arch/sigh at the turnoff to the wat. For a countryside sunset. Follow the dirt road for a kilometer or two past the wat. Palm trees and small huts lining the road open to rice paddies and Phnom Krom on the horizon.